After former Marion County Sheriff Chris Blair dropped out of the race for sheriff in July following charges of perjury and official misconduct, the remaining two candidates say they hope to put the agency back on the right path.

Either Democratic candidate Dennis McFatten or Republican candidate Billy Woods will become Marion County Sheriff on Nov. 8, and they both admit there have been past administrative problems in the agency.

A point on which McFatten and Woods agree is that the use of excessive force is not a problem in the Marion County Sheriff’s Office anymore.

“It’s not an issue here,” Woods said. “It occurs. The key to it is that when it does occur, you handle it swiftly, correct it, eliminate it and ensure that the public knows it.”

McFatten discussed the importance of supervising officers and educating them as soon as signs of what could be construed as excessive force become apparent.

Woods and McFatten also agree the public needs to understand that officers are human and not perfect.

“Law enforcement is a tough job,” McFatten said. “It really is. We have a split second to make decisions, whereas everybody else can sit back and watch it on the news and make a decision. We call that the ‘Monday morning quarterbacking.’” 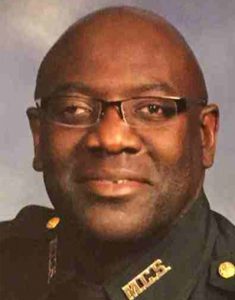 McFatten is a retired captain with the Marion County Sheriff’s Office. He has spent most of his life as a resident of the county, apart from the time he spent in the Army.

He’s a member of Progressive Union Missionary Baptist Church, where he is a deacon, Sunday school teacher and trustee. He is also a member of the Rotary Club of Belleview and the Community Network, and he is vice-chair of the Governor’s West Ocala Neighborhood Revitalization Council.

McFatten decided to run for sheriff about 10 months ago after receiving calls from people who were unhappy with the direction in which the agency was headed. He said he made the decision because of his love of the agency.

He said the biggest issues facing the sheriff’s office in 2017 are budgetary, something he said needs to be worked out with county commissioners. 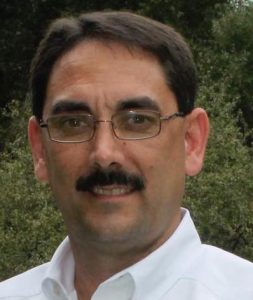 Woods is a lieutenant for the Ocala Police Department. He lives in the southwestern part of Marion County, where he was born, and he is a fifth-generation resident of the county.

Woods is a member of Meadowbrook Church. He is also involved with All About You Women’s Boutique, a non-profit organization to help women with breast cancer, and Relay For Life. Woods is also a board member for Marion County Senior Services and for the Public Safety Assistance Trust.

He decided to run for sheriff more than two years ago because, like McFatten, he did not like the direction in which the sheriff’s office was headed. He said he felt that it was time for him to bring something new to the agency.

Woods said that the biggest issue facing the Marion County Sheriff’s Office in 2017 is the low starting pay for deputies, which he believes can be improved through collaboration with county commissioners.

McFatten said he believes in the Second Amendment.

However, he said that certain people, such as terrorists and the mentally ill, should not have access to guns — an issue he said needs to be worked out on a federal level.

Woods also said he believes in the Second Amendment.

He said he believes every law-abiding U.S. citizen has the right to bear, possess, buy and own guns.

Woods said that Stand Your Ground is a good law, but there are exceptions.

“We have the right to defend ourselves,” Woods said. “Just like anything we put in place, there are people who abuse it and take it the wrong way.”

McFatten and Woods both said that the cost of putting people in jail for possessing marijuana is a factor to consider.

McFatten said the cost outweighs the crime itself.

“As sheriff of Marion County, we don’t make the laws; we just enforce them. So we have to abide by the laws,” he said. “To look at some different options when it comes to decriminalizing them and making small amounts a civil citation is very much in the forefront.”

Woods had a similar view, saying the cost of jailing individuals for possession of marijuana is something to take into consideration.

Making possession of small amounts of marijuana a civil offense reduces the jail population and therefore cuts costs, he said.

While he does not encourage the use of marijuana, Woods said, “we do need to move forward in society.”

Why should you vote for each candidate?

McFatten said he believes he can be the sheriff that Marion County residents want and one that’s going to do “the best job of anybody” and “hit the ground running.”

Woods cited his education, training, experience and leadership as reasons to vote for him as sheriff of Marion County.

“I think it’s important as a leader that we not only be a servant but also make sure that we are a steward for the people which we serve,” he said.

Michaela Steakley is a reporter for WUFT News and can be reached at 352-392-6397 or msteakley94@ufl.edu.
Previous Alachua County Starts Early Voting At 3 Gainesville Spots
Next Florida Votes 2016: Marion County Commission District 1