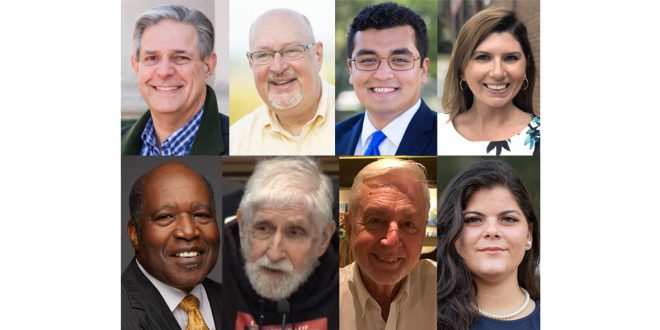 Eight candidates are vying for three Gainesville City Commission seats in 2020. Top left: David Walle and Harvey Ward in District 2; top right are David Arreola and Jennifer Reid in District 3; and on the bottom row, from left, are Scherwin Henry, Gabe Kaimowitz, Paul Rhodenizer and Reina Saco, each running for an at-large seat.

A Guide To Gainesville’s 2020 City Election

Gainesville voters will narrow eight candidates to as many as three victors on Tuesday. The city election is scheduled for March 17, the same day as Florida’s Presidential Preference Primary.

WUFT News interviewed each candidate on key issues and compiled a voter guide for election day. Here is everything you need to know:

What seats are up for grabs?

At the polls Tuesday, three Gainesville City Commission seats are up for grabs: At-Large 2, District 2 and District 3. All Gainesville residents can vote in the race for the at-large seat, but only voters who reside in District 2 or District 3 can vote for the candidates running for that respective office.

There are four candidates running for the at-large seat, so if no candidate earns at least 50% of the vote, there will be a runoff later in the spring.

Who is in the race?

Not sure which district you are in? 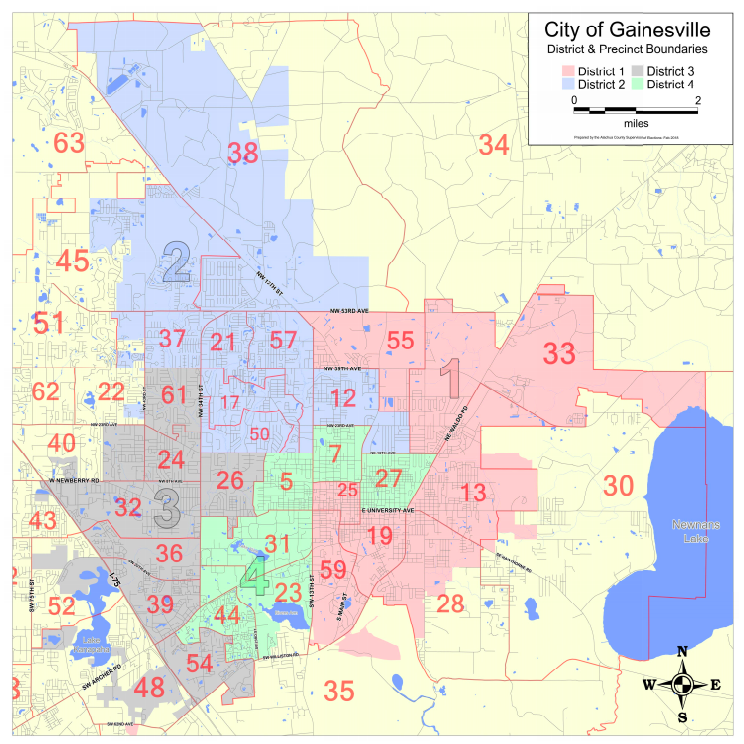 When is early voting?

How do I vote on election day?

On March 17, polling places will be open from 7 a.m. to 7 p.m. To vote, bring a valid form of identification to your assigned precinct:

For more information on the 2020 City of Gainesville election, visit the Alachua County Supervisor of Elections website.

Can I still register to vote?

No. Voter registration for the 2020 City of Gainesville election closed on Feb. 18.

Can I still request a mail-in ballot?

No. Voters opting to vote by mail had to request their ballots by March 7.

Voters who did so on time should ensure their completed and signed ballots are received by 7 p.m. on election day — Tuesday, Mar. 17 — by the Alachua County Supervisor of Elections. The Postal Service recommends ballots be mailed a week in advance, in case of unforeseen delays.

Gabriella Paul is a reporter for WUFT. She can be reached at gabbympaul@ufl.edu.
Previous The Point, March 10, 2020: Gov. DeSantis Declares State of Emergency To Help Control Coronavirus In Florida
Next Mar. 10, 2020: Morning News In 90