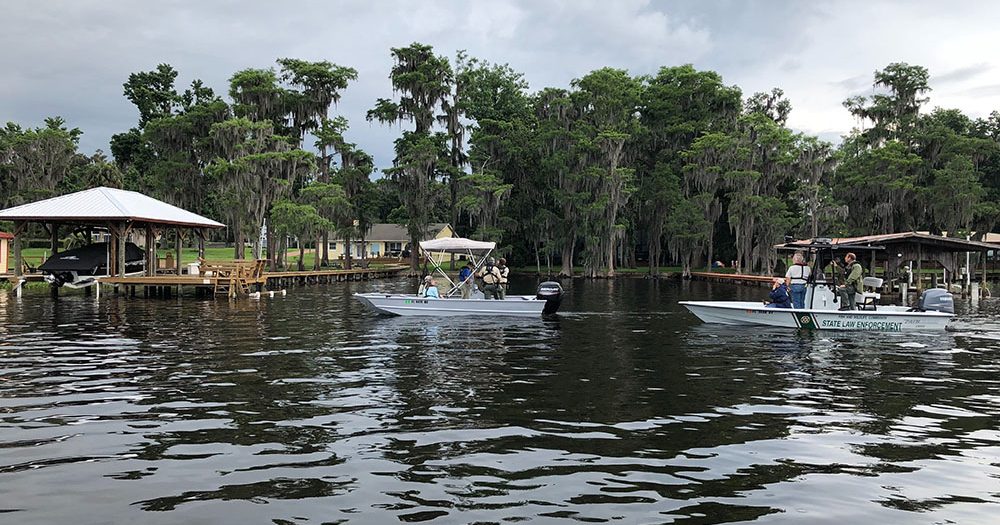 With the 2018 hurricane season well underway, residents in the small town of Melrose are looking to prevent more damage in addition to what remains from last year.

Residents of Melrose are still trying to recover from the damage of Hurricane Irma. To ensure things don’t get worse, some residents around Lake Santa Fe want a no-wake ordinance implemented along the edge of the lake.

According to Joseph Rush, president of the Melrose Business & Community Association, the ordinance will help to prevent damage to homes.

“When the lake level is high, wakes become even more of a problem,” Rush said. “The waves create erosion on the homes on the lake.”

Rush believes that it is crucial for an ordinance to be in place, especially with how high the level of the lake still is today.

When the hurricane hit Lake Santa Fe last year, it caused the lake level to rise to a historic height.

“After the hurricane came through, the lake tied the previous record of the 100-year flood,” Rush said. “Water was way up in people’s homes and backyards.”

“When you have an event, such as the hurricane, they want to limit the number of boats on the lake,” said Tom Germano, a 59-year-old resident of Melrose who is running for Bradford County commission.

“I hope they address that in the event of a hurricane or large increase in lake water, that they limit the number of boats from a certain time,” Germano said. “I also hope they come up with a reasonable ordinance that would, in times of hurricane, to limit boat traffic.”

Alachua County commissioner Ken Cornell toured the lake on June 6 to obtain more information regarding zones with high lake water levels and areas that are susceptible to the effects of the wake.

“So right now, they’re still in the fact-finding stages with the Florida Fish & Wildlife Conservation Committee and the different counties,” Germano said. “They’re looking at the different high spots of the lake, as well as see what parts are at higher risk of wakes.”

“When all the facts are gathered, it goes to the commission so it can be presented to the counties,” Germano said. “From there, they evaluate it, and either sign off on it or not.”

For an ordinance to be put into place, county commissioners hold preliminary discussions with commission’s staff to discuss the ideas for a proposed ordinance draft. Then the staff presents a proposed draft to the commissioners. Afterwards, a motion is placed on the floor to approve the first draft of the ordinance, and then the draft is advertised to the public for an open hearing, where thoughts and concerns are addressed. Once the public hearing is closed, the commissioners have a final discussion, followed by the vote for the ordinance.

Shortly, the county commission will hold an open hearing for the public to share thoughts and concerns, and after the hearing is closed, the commissioners will make their final statements and cast their vote on whether the ordinance will be put into place.

Stephen is a reporter for WUFT News who can be reached by calling 352-392-6397 or emailing news@wuft.org.
Previous Alachua County, Gainesville Leaders Discuss Controversy Over Gainesville Traffic Stop
Next Gary Gordon Returns To Gainesville With New Songs And Stories