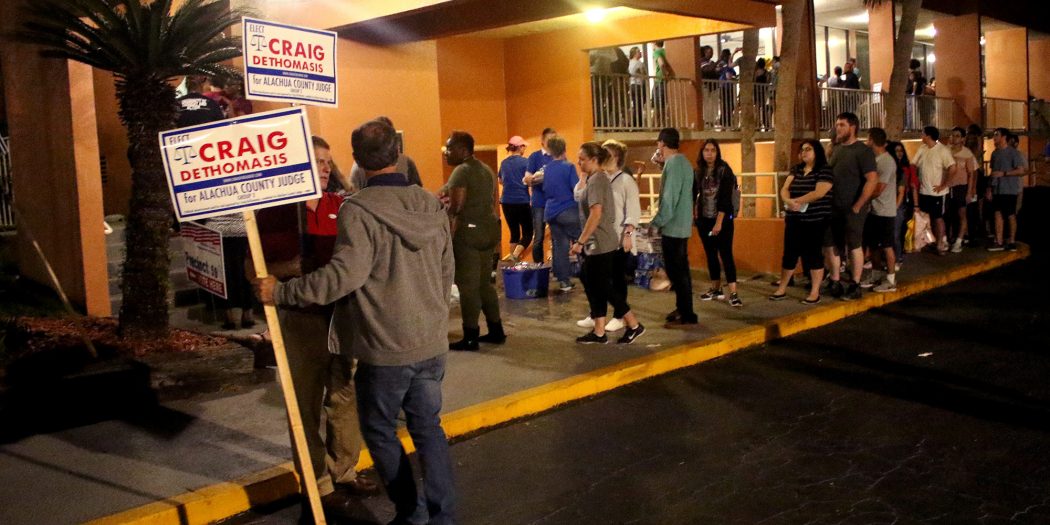 Voters line at the polling station at the Wyndham Garden Gainesville hotel to cast their vote before the polls close in Gainesville on Tuesday, Nov. 6, 2018. Supporters of Gubernatorial Candidate Andrew Gillum and Dr. Kayser Enneking, a candidate for Florida Senate, had water, pizza and other snacks for voters waiting in line. (Chris Day/WUFT News)

Lining up to vote

The returns come in