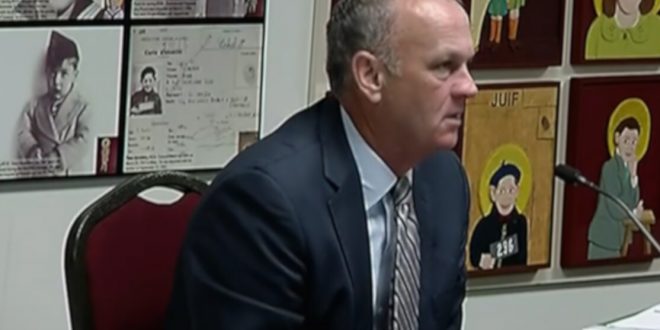 ST. PETERSBURG, Fla. – Florida is accelerating investigations of teachers accused of misconduct, a change intended to allow the state to quickly revoke an educator’s certification in such instances.

Under the new rule, the Department of Education must within 24 hours flag teachers in its internal certification system who are implicated in misconduct investigations. It also allows the education commissioner within 30 days after an investigation to decide whether to invoke professional sanctions, such as revoking a teaching license and removing them from contact with students.

Florida approved the regulatory change this week after a hearing in St. Petersburg. Education Commissioner Richard Corcoran worked with state Sen. Lauren Book, D-Plantation, who wrote a memoir in 2011 about her experiences being sexually and physically abused by her family’s female nanny.

The rule changes came after a string of high-profile misconduct investigations across Florida. Corcoran urged Gov. Ron DeSantis in January 2019 to suspend Okaloosa County Schools Superintendent Mary Beth Jackson for her failure to report child abuse allegations to the state.

Special education teacher Marlynn Stillions at Kenwood Elementary, in Fort Walton Beach, was accused of abusing special education students since 2014. Parents found out about the abuse in 2017, and discovered that the superintendent already knew about the allegations. Stillions was charged with child abuse and sentenced in October 2018 to seven years in prison.

Wolthers, LaCroix and Madison were accused of blowing whistles into the ears of an autistic child and placing other children into a dark bathroom as a form of punishment.

Jackson also was accused of failing to report allegations of abuse against another Silver Sands teacher, Roy Frazier. Frazier retired and surrendered his teacher’s certificate in 2016, but has not been criminally charged.

A grand jury determined in 2018 that Jackson should be held responsible for failing to respond, but Jackson wasn’t suspended until 2019.

A spokesperson for Corcoran, Cheryl Etters, said increased student safety was a priority for the commissioner.

In June, Christopher J. Salamone, a high school teacher in Alachua County, in north central Florida, was charged in June with six counts of battery for an inappropriate sexual relationship with one of his students. His case is pending with a hearing set for Oct. 7.

In March, the education department disciplined a Deltona math teacher, Vernon Shelton, who was accused of texting one of his 17-year-old students that he wanted to kiss her and found her attractive. Under a settlement, Shelton did not contest or admit to the allegations, but a transcript of his text exchange was included in the investigative file. He was given a letter of reprimand, a $750 fine and two years of probation.

In August, a teacher at Mayport Elementary in Atlantic Beach near Jacksonville, Thomas Lester Hazouri Jr., 40, of Jacksonville Beach, was arrested on charges he distributed five videos over the Kik internet service depicting child pornography. His federal trial is pending with a hearing scheduled for Oct. 19.

Last month, Corcoran complained that the superintendent of Brevard County Schools withheld allegations that a coach, Kenneth Johnson Jr., sent a “grossly inappropriate” picture in a text message to a student in 2015. The coach was quickly removed from his job with the school system, but Corcoran said he didn’t find out about the case until March.

Corcoran said delays notifying state officials were “unacceptable and something I will not tolerate.”

This story was produced by Fresh Take Florida, a news service of the University of Florida College of Journalism and Communications. The reporter can be reached at bmoye@freshtakeflorida.com

Brianna is a reporter for WUFT News who can be reached by calling 352-392-6397 or emailing news@wuft.org.
Previous Sept. 24, 2020: Afternoon News In 90
Next Richard Corcoran Spars With Florida Board Of Education Member Over Teachers Unions, Data