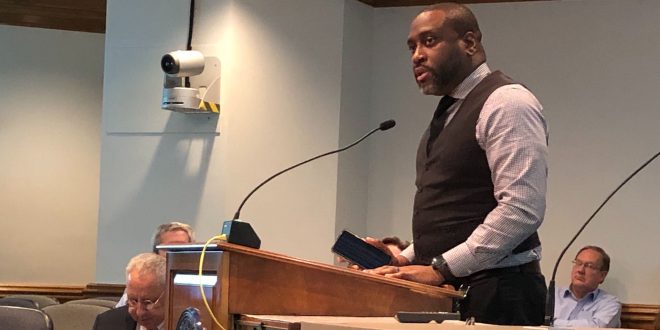 Alachua County is set to host two events aimed at leading the community to remember and reconcile the fact that dozens of people were lynched within its borders many decades ago.

A memorial service for the lynching victims will begin at 6 p.m., Friday, at Mount Pleasant United Methodist Church, 630 NW Second St. in Gainesville.

The program will include prayers, choral selections and a candlelight ceremony in which 46 candles will be lit to honor all of the county’s known victims, officials said.

A workshop about its Truth and Reconciliation Community Remembrance Project, will be held at 6 p.m., Feb. 17, at the Senior Recreation Center, 5701 NW 34th Blvd., Gainesville. County officials will discuss their plans for commemorating and recognizing the lynching victims.

In January 2018, the Alachua County Historical Commission reported more than 40 known lynching cases between 1867 and 1926, more than doubling the previous count of 21.

At a joint meeting of the Alachua County and Gainesville City Commission this week, Kathleen Pagan, a liaison for the historical commission, said the known number is now 46.

That’s based on new findings by researchers from the historical commission and the Samuel Proctor Oral History Program at the University of Florida, Pagan said.

In June 2018, County Commissioner Robert Hutchinson proposed a 10-step plan for the county’s truth and reconciliation initiative. The proposal outlined a plan for extensive research and town hall meetings for people to share their stories, as well as developing an online archive of documents, images and recordings related to what Hutchinson called a “bleached history.”

At the end of the process, the county aims to request recognition from the Equal Justice Initiative’s Community Remembrance Project at the National Memorial for Peace and Justice from the monument in Montgomery, Alabama.

The memorial features steel monuments that display the names of people from hundreds of U.S. counties who were lynched without a trial. To earn a monument from EJI, a community must show how it is going about discovering and repairing the societal damage caused by lynching.

“There’s no checklist for truth and reconciliation process,” Hutchinson said at the joint commission meeting. “Right now, it’s what we believe it should be. This only works when it comes from within.”

“This is only successful if everyone participates in their own way,” Poe said.

County Commissioner Charles Chestnut said he hoped the memorial service at Mount Pleasant, where he attends church regularly, would serve “to pay respect for those who were lynched in our county, who might have or might not have had a proper service.”

The county’s black history is especially important to Chestnut. He is a descendant of Johnson Chestnut, who was brought to Alachua County as a slave by the Haile family in the 1850s.

At the joint commission meeting, Joel Laguerre, project leader for the county’s information and telecommunication services, discussed a website created as part of the reconciliation process.

“We would like to use this site as a way for those communities most affected by these atrocities to have their stories told,” Laguerre said.

During the public portion of the meeting, Anthony Johnson, 64, lives in Gainesville and expressed concern that the focus on the historical issue of lynching could distract from more current, pressing problems.

“Are we using the right sequence to bring about racial justice?” Johnson asked.

“We’re talking about 18th, 19th, 20th century ropes and trees and all,” he said. “But there are 21st century lynchings, too, that are taking place that we really need to focus on before we waste too much time and resources on the past.”

However, others said they believed the memorial process was necessary.

“It’s not going to be an easy process, and you’re not going to please everyone. I realized that already,” said Tina Certain, a member of the Alachua County School Board. “But I think … we are honest brokers in what we’re trying to do, and we try to do the best that we can.”

Samantha is a reporter for WUFT News who can be reached by calling 352-392-6397 or emailing news@wuft.org.
Previous Alachua County Committee Hosts Discussion About Local Water Concerns
Next The Point, Feb. 6, 2020: Alachua County Prepares To Hold Memorial Service As Number Of Known Lynching Cases Again Grows