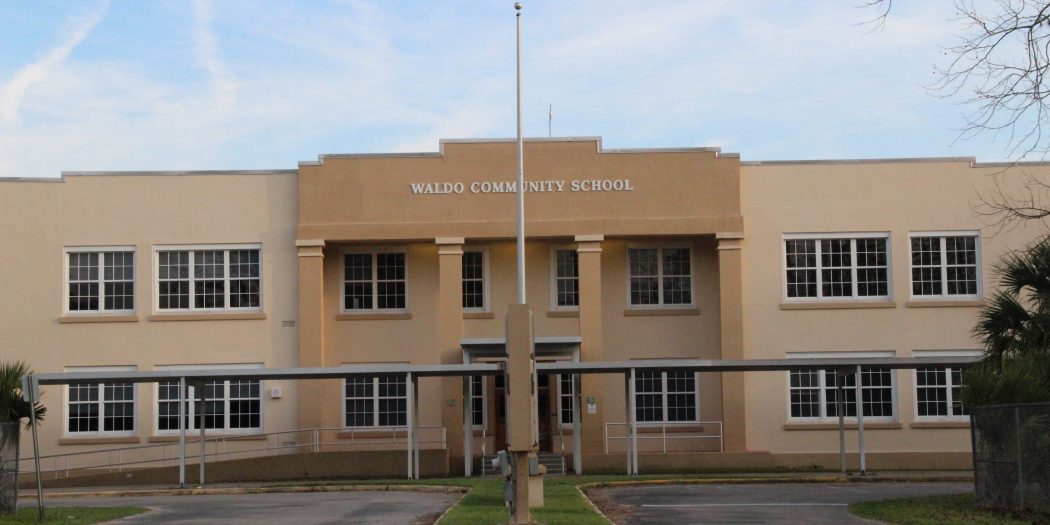 The Waldo Community School, which has been closed since 2015 may be reopening again as a proposed charter school and incubator program.

When the Waldo Community School closed its doors for good in 2015, residents were devastated. The school was a staple in the town and gave Waldo a close community feeling.

The Alachua County School Board made the decision to close the school almost three years ago because enrollment was too low, and they didn’t feel it was cost effective to keep it open, said Kim Worley, Waldo City Manager.

The approximate 200 Waldo children who used to attend the community school are now divided among 10 different schools, said Kristen Jacobs, Waldo resident, and mother of two children, ages 7 and 9.

Jacobs’ oldest son was in kindergarten when the school closed three years ago. He was the fifth generation of her family to attend the Waldo Community School.

“You really lose that sense of community when the kids aren’t learning together and playing together,” Jacobs said. “It’s also affected the recreational side of it because the kids get home so late now.”

However, this could all change. The city of Waldo proposed to open a charter school in what used to be the Waldo Community School building. The new school would be kindergarten through fifth grade and would serve 100 students.

“It will be great,” Worley said. “The kids that are here can actually walk to school again like before.”

The charter school will take up the main building, consisting of eight classrooms, in the Waldo Community School. The administrative building will be used for Waldo’s city hall, which is relocating to the community school building in order to get off of 301. The heavy traffic, fast drivers and lack of crosswalks makes city hall’s 301 address dangerous, Worley said. The rest of the administrative building will be used as an incubator program to start up businesses.

“We actually already have some tenants,” Worley said, “We have Finchberry Soap, which is made here in Waldo, and then we have AHA Soups, and they’re going to be in the kitchen area. With the incubator program, we will create more jobs, which is another need.”

Since many stores and businesses in Waldo closed over the years, the incubator program will encourage new business growth and increase job availability. According to Worley, city hall is working with FDOT to decrease the two-lane road downtown to one lane in order to slow traffic, make it safer for pedestrians, and in turn, encourage new businesses to open.

In order for the school board to approve the proposal, they need to see that 100 kids have signed up to attend the charter school by April 18. According to Worley, there are about 40 students who have signed up thus far, and she is working diligently to get the word out to surrounding communities and families.

Students do not strictly have to live in Waldo to attend the school, anyone is welcome and encouraged to sign up.

“We really need the kids,” Worley said. “If we don’t have the kids, we won’t get the school.”

If the school board approves the charter school, it will be expected to open August 2019.

Neil Drake, Project Director and advisor to the Board of the One Room Schoolhouse, said in order to get the school approved by the school board they must show a very detailed business plan, educational plan, the steps that will be taken to ensure both state and federal mandates like special education and title programs are followed, as well as the curriculum and testing plans.

“[Neil Drake] gives a presentation to the school board. It takes almost two years to get it all approved, but it might be faster since he’s already got a board together,” Worley said. “It looks like they could start as early as August of 2019, which is faster than if we were trying to start one from scratch. Our aim is, if we get the signatures and we get everything going, to be open by August 2019, but it all has to be approved by the school board.”

“For Waldo community school, I would use the exact same curriculum that the school board is using,” Drake said. “We have the STEM [science, technology, engineering and math] program at the One Room Schoolhouse, if that is something that Waldo would like to adopt then it’s there to adopt. If that is something of interest to them then it wouldn’t be that hard to bring it over.”

The school would consist of one classroom for each grade level, Drake said. So about six or seven teachers would be hired.

“I have a pretty good relationship with the school board,” Drake said. “They are very willing and supportive of Waldo getting their school back— most of the people there did not want Waldo to lose their school, it was just a question of economics.”

Jasmine is a reporter for WUFT News who can be reached by calling 352-392-6397 or emailing news@wuft.org.
Previous Gainesville Groups Host Workshop Discussing Proposed Restoration Of Voting Rights
Next April 9, 2018: Afternoon News in 90 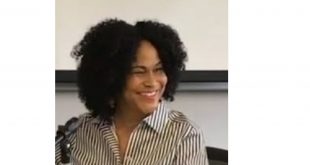 ‘You Were Consistently Amazing’: Hundreds Celebrate The Life Of Patricia Hilliard-Nunn

Hilliard-Nunn – Tricia, to her friends – died at age 57 on Aug. 5. The cause of death has not been shared publicly, and the several other speakers focused instead on the many ways they knew her.