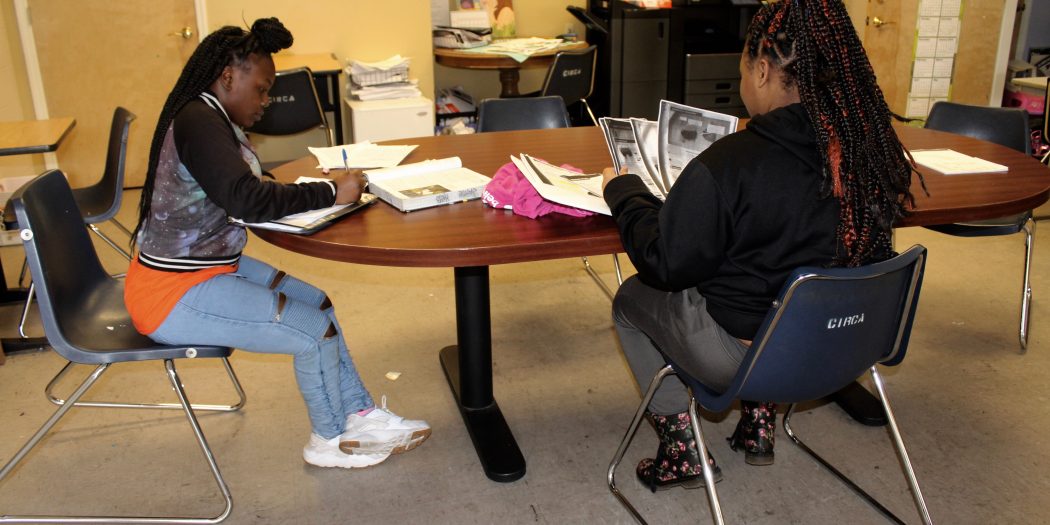 The #MeToo and #TimesUp hashtags have brought sexual harassment and violence stories to the forefront of the news. It now provides a platform for the voices of those abused everywhere.

For the Gainesville community, the PACE Center for Girls Alachua offers support to local girls who suffer from various underlying issues that lead to academic decline, one of which is sexual abuse.

In a report from the Florida Department of Law Enforcement, 130 counts of rape were recorded from January to June of 2017 in Alachua County, which is an increase by 39 reported cases from the same time period in 2016.

“I’m glad that it’s [hashtag movements] gained popularity, but I just wish it would have happened a long time ago,” said Jordan W., a 16-years-old student at the PACE Center. (For privacy reasons, the PACE Center has asked that only last initials be shared.)

“Also, I feel like a lot of people are seeing it more as a trend that’s going to go away than as something that is a real problem that we are just now speaking out about.”

The #TimesUp movement focuses on ending sexual harassment in the workplace. For those who have experienced sexual violence at a young age, transitioning into the workplace is a concern.

“Usually it’s a person of power, so it has raised my awareness,” Jordan said. “Once I get a job, I think I will be more aware of my employer.”

The next step to ending sexual violence is still unclear. For girls like Jordan, having celebrity representatives is important because it makes people feel like they are not alone on the issue.

But the hashtags can sometimes dehumanize the issue because it allows critics to view the movements as a millennial trend, she said.

At the PACE Center for Girls Alachua, staff members strive to empower the victims of sexual abuse through education, counseling, and training.

Emi Lenes, a counselor at PACE, explained different ways girls undergo victim blaming from other members of the community.

Victim blaming includes: convincing the victim that it was her fault, suggesting she should have worn something else or saying she shouldn’t have been out so late, Lenes said.

The combination of sexual violence and internalized self-blame or self-hatred affects how well staff members can communicate with the girls.

“Sexual trauma affects your trust,” Lenes said. “It’s so understandable [when] you’ve had your trust so deeply violated, that you wouldn’t want to trust somebody with something you find so private and personal.”

Traci Amberbride teaches the Spirited Girls class at PACE, which is a combination of life skills, conflict resolution, history and sex education. Her class focuses on educating, uplifting and empowering girls, but Amberbride said Gainesville, as a community, should work harder to end sexual violence.

“There certainly seems to be more awareness in talking about it,” Amberbride said. “But it is really horrifying that it has taken the level of abuse women have suffered to finally be listened to at all.”

Amberbride supports the #MeToo and #TimesUp movements and encourages her friends and family to actively talk about the issue with each other and others in the community.

A lesson Amberbride tries to teach to her students is that consent is more than just saying “yes”. It is also knowing how to tell someone when a boundary has been crossed or if you’ve changed your mind.

“You could be walking down the street butt naked, and no one has the right to touch you,” Amberbride said.

The Gainesville community should show a greater willingness to hear women out, Amberbride said. People need to understand why someone waits to come forth about sexual violence or why they changed their mind. How they choose to present themselves isn’t a reason for others to harm them, she said.

To Jordan, having members of the community removing stereotypes and misconceptions of victims would be a step toward ending sexual violence. One misconception Jordan wishes the community knew about victims who attend the PACE Center: “It’s not all bad people.”

“It’s people who have had bad things happen to them,”  Jordan said.

Melanie is a reporter for WUFT News who can be reached by calling 352-392-6397 or emailing news@wuft.org.
Previous Feb. 22, 2018: Afternoon News In 90
Next Earleton Locals Recall Town’s History, Historic Fish Camp To Re-Open