These are the three men running to replace retiring Putnam County Sheriff Jeff Hardy in 2016. 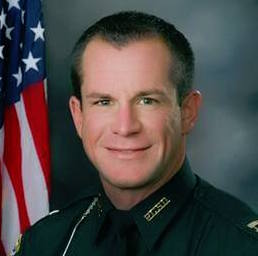 He is currently Captain of Administrative Services for the Putnam County Sheriff’s Office. He has also served as a patrol deputy officer for the School Resource Unit, an investigator for the Missing Persons Unit, a detective/K9 handler and a sergeant for the Drug Unit.

DeLoach has not responded to our requests for an interview for this story. 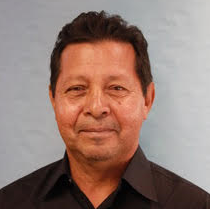 Edison Edison has been a resident of Palatka for 34 years now. He’s known as the “Bicycle Man” around the area for riding around town and owning a bicycle shop from 1996-2006 called Pace Bicycle Shop. Edison went to school until 10th grade, then obtained his GED.

A week before the Ferguson shooting, in August 2014, Edison had already decided he wanted to run for sheriff. Edison said that police officers have violated his rights, and he wants to make changes.

“The biggest issue that I see is the police and law enforcement disrespecting the constitution,” Edison said.

It is something he wants to re-establish, he said. Employ the constitution to protect people’s God-given liberties. 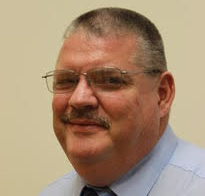 Born in Miami in 1965, Jonathan Kinney has been living in Palatka since 1971. Kinney attended St. Augustine, Florida Vo-Tech Law Enforcement Academy in 1984. He then received his Associates of Science degree in criminal justice from Kapplan College in 2004, and in 2008, his Bachelor of Science degree in public administration from Flagler College.

Kinney said that he has wanted to run for sheriff since he first attended police academy, knowing that it would entail a good career, education and experience.

Gun control and stand your ground

Kinney said he believes everyone has the right to protect himself or herself and bear arms. The only thing he asks for is, if someone takes the responsibility to own a weapon, they be properly trained to use and retain it if attacked.

“I think that everyone should have the right to protect their family, their property, their lives,” Kinney said.

When it comes to stand your ground, Kinney said he thinks people have the right to stand up for themselves. Saying that if people don’t stop the threat they become the victim and can get seriously injured or killed.

“There’s a time when you have to stand up for yourself and stop that threat,” Kinney said.

Edison said he isn’t a supporter of any gun control, instead supports everyone being able to bear arms as a right given by the constitution.

Possession of Marijuana in small amounts

“I have a problem with that,” Kinney said.

Kinney said he knows that having a jail record for something like 1 gram of marijuana can alter someone’s future, since most employers won’t even see how much marijuana the person was charged for, only that it’s on the record.

Edison believes that legalizing drugs will solve killing, war of crime and police corruption. When cigarettes were illegal, people were killing each other for it and legalizing alcohol solved problems from prohibition, he said.

“Me personally, I think all drugs should be legalized,” Edison said.

Excessive use of force

Since Kinney hasn’t been in the sheriffs office since June 2015, he said doesn’t know the extent of excessive use of force. Although he has heard rumors, he only acts on facts.

“I know it won’t be tolerated in my administration. Period, ” Kinney said.

Edison has seen different situations of police being too forceful. He said he will not tolerate that kind of behavior, calling it “unacceptable.”

“Me as a sheriff will never allow that,” Edison said.

Morale is low, Kinney said. Officers don’t feel like they are appreciated or a part of the process. Yet Kinney said he believes they are the most important part.

“Without them the sheriff’s office doesn’t function,” Kinney said.

They need to feel appreciated, especially since many things have been taken away from them in this current administration, he said.

Kinney hopes to bring back a family atmosphere after becoming decentralized lately.

Edison said he hopes to retrain the mental attitude of police officers and educate them on social skills because he has personally been a recipient of bad treatment.