The second planned launch of Artemis I left a lot to be desired Saturday—namely, a launch. But one experienced astronaut who may fly in the Artemis program says today’s outcome was positive.

NASA offered astronaut Victor Glover for comment after the decision to scrub the launch. He flew on the SpaceX Crew Dragon spacecraft and spent nearly six months in space.

Glover underscored the importance of proceeding cautiously into a mission like this one. He emphasized the difference between testing the equipment on the ground and testing it all in unison on a launch.

“Anytime you try to do something first it’s going to be difficult,” Glover said.

When spectators on the Cape or viewers at home see a launch get scrubbed, disappointment is a common reaction.

“It’s okay to feel however you feel about this. It’s better than how we would feel if there was a catastrophe. It’s good to keep that in perspective,” Glover told reporters.

But Glover says it’s just an essential part of the process at work.

“This is not a let-down. This is an understanding of how these things work. These are really incredibly complex machines that we want to try to integrate human beings into which adds another level of complexity.  This is why we test,” he added.

Glover says scrubbing these missions before they’re truly ready is essential to ensuring the safety of the future crew. He even says it makes the astronauts and their families feel better about their own safety getting on board in the future.

“When you see a scrub, people should gain confidence, not lose confidence. This is something that should make you feel good. The leak—yeah, none of us should like this leak. But the scrub is the right decision after you develop this kind of leak. For us, I try to focus it not on the hardware failure but on the success of the team making the call to scrub,” said Glover.

The next launch window is currently planned for Monday, but the future of the mission will be confirmed at a press briefing Saturday at 4:30pm eastern.  You can watch that live here.

Jacob is a reporter for WUFT News who can be reached by calling 352-392-6397 or emailing jacobsedesse@ufl.edu. Find him on Twitter and Instagram @JACOBSEDESSE.
@JACOBSEDESSE
Previous SCRUBBED: Fuel leak foils NASA’s second launch attempt of Artemis I
Next The Point, Sept. 6, 2022: After second scrubbed Artemis I launch, NASA astronaut says caution is most important 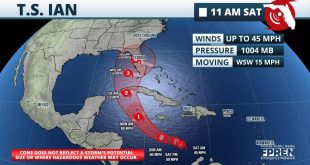