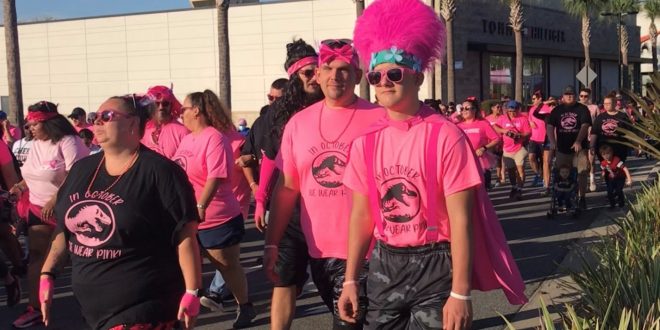 The walkers were decked out in pink gear from head to toe as they made their way toward the Celebration Pointe bridge on Saturday. (Amy Galo/WUFT News)

Making Strides Against Breast Cancer Walk in Gainesville raises over $101,000

Local pediatrician Lamia Elmahdawy’s life forever changed when she was diagnosed with three different types of breast cancer in 2015.

“It was a shock, and as a physician, it was doubly hard because I knew what was probably coming,” Elmahdawy said.

That year, she went through a double mastectomy, chemotherapy and reconstruction.

Elmahdawy, now a breast cancer survivor, has been participating in the Making Strides Against Breast Cancer Walk since 2016.

“I walked two months after I finished chemo [back in 2016],” said Elmahdawy. “It was one of the toughest things I’ve done. I was exhausted, but it was amazing.”

“We just blew past our goal [of $100,000] today,” said Fitz Koehler, master of ceremonies, during the event. “Everything else is just gravy!”

The festivities began around 8 a.m. with an array of tents set up in the plaza at Center Pointe. Volunteers, doctors, survivors and allies gave out all kinds of Breast Cancer Awareness Month merchandise.

Jennifer Barkley, breast cancer survivor and owner of Dermacare Laser and Skincare Clinic, was one of the many sponsors at the event. She and her team ran a spin-the-wheel booth and gave out free prizes to the attendees.

“As you look all over, there’s a sea of pink that’s here today,” said Barkley. “It’s just a fabulous experience to be here. It’s a glorious day.”

Throughout the event, people gathered in the center of the plaza and danced to upbeat tunes like the “Cupid Shuffle” and “Shake it Off.” The pre-walk celebration also showcased performances from a few local high school cheerleading teams.

“We usually do this every year,” said Brianca Warren, head coach of Eastside High School Varsity Cheer. “We’re just getting the crowd pumped before they start their walk.”

She and her team replaced their signature green uniforms with a shirt that read: “A team united in pink.” They also donned matching pink socks and bows.

Buchholz High School cheerleaders also altered their uniforms for the occasion, replacing their classic gold “Buchholz” logo with a pink one. They also used pink pompoms to get the walkers excited for their journey.

Hundreds of local residents took to the streets, walking or running distances of 1K or 5K. Alachua County Sheriff Clovis Watson, Jr. was among the crowd.

He said he would do the full 5K because it was necessary.

“It is so very important that we pay attention to the need to raise money for research, for the families of survivors,” Watson said. “I lost my mother to cancer in 2013 and was stricken myself with cancer in 2016, so as a cancer survivor myself, I know the critical nature of us keeping the word out and keeping the message alive.” 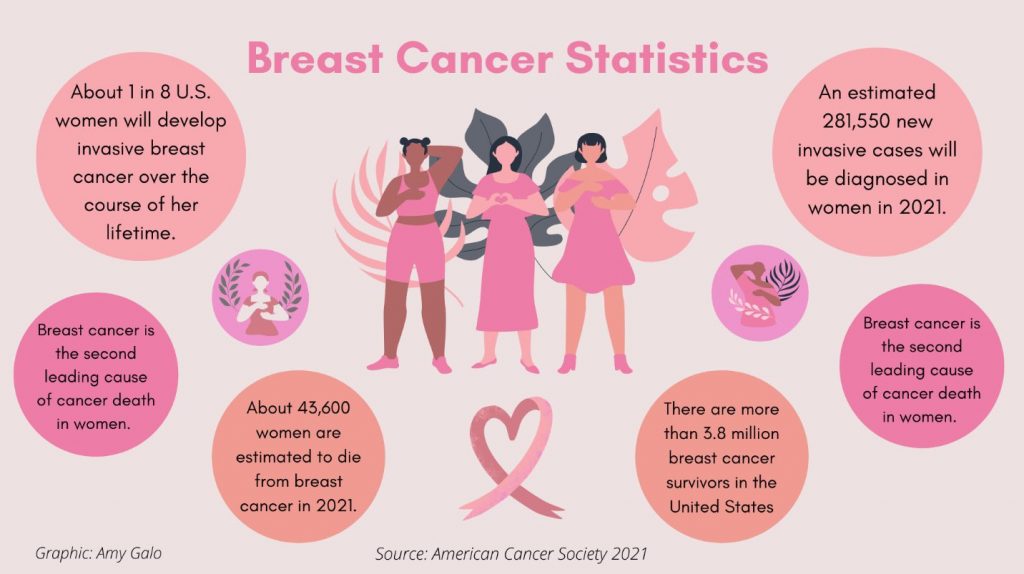 Amy is a reporter for WUFT News who can be reached by calling 352-392-6397 or emailing news@wuft.org.
Previous Grassroots Motorsports Challenge underway
Next Alachua County Friends of the Library book sale is back in full swing