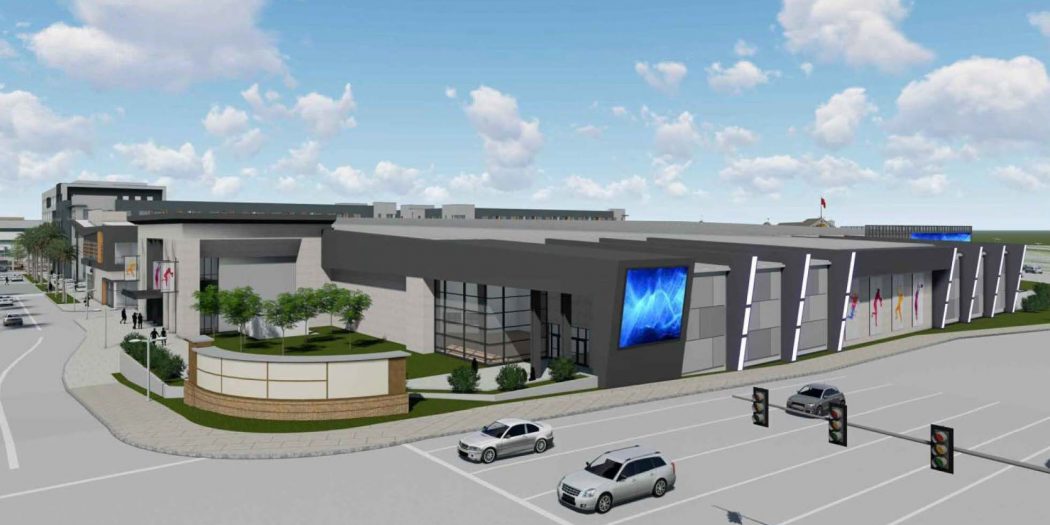 Alachua County is seeking millions in state funding to build a regional sports arena at Celebration Pointe in Gainesville. How likely that money is granted remains to be seen.

After the county finalized terms with Viking Companies, the owner of the shopping center just west of Interstate 75, State Rep. Chuck Clemons, R-Newberry, introduced a bill that would put $2.5 million toward the long-planned North Central Florida Regional Sports Complex.

But despite a record $96.6 billion budget proposed by Republican Gov. Ron DeSantis, no one knows if the state will allocate the funding.

The bill was filed Jan. 29 and moved to the infrastructure and tourism appropriations subcommittee on Feb. 4. It aims to provide supplemental funding to the agreement between Alachua County and Viking. The county is set to spend $30 million on the project, funded out of its tourism development tax, while Viking would give $36 million.

If the project is approved, the county would begin construction later this year, with a grand opening slated for January 2023.

It’s unclear whether the legislature is willing to fund the complex amid the coronavirus pandemic, which has caused tourism in the state to plummet.

According to VisitFlorida data, hotel stays have dropped by over 30% in 2021, higher than the lowest point of 77.6% last March but still underperforming the highs of 2020, when Florida ranked almost 4% above the national average.

Sean McLendon, Alachua County’s strategic initiatives manager, said the complex could help revitalize tourism, in part due to the effects it will have on the area’s economy.

“We’re interested in bringing some unique amenities to this state and specifically to the north central Florida region, which will be all about that economic recovery to some of these very hard-hit industries,” McLendon said.

McLendon said the project would generate about 750,000 visitors a year, with a total annual economic output of about $77 million. It would provide $1.2 million in annual sales tax revenue and an annual tourism tax of $600,000, along with $12 million in annual hotel revenue, he said.

It would also create about 1,100 jobs, McLendon said, with an estimated $26 million in annual wages. Overall, the 30-year total economic output would be $1.2 billion.

“Anytime you put something like this into an economy, it influences not just the jobs that happened within the structure itself, but the people that come and visit,” he said. “It helps the hotels, it helps the dining, it helps the retail, it helps all those other industries that surround it.”

The project has been under consideration since late 2018, after the Alachua County Commission hired Victus Advisors, a consulting firm specializing in sports and event facility development, to gauge the need for a sports complex in the area. But as the project moved along, it faced backlash from community members, many of whom were unsure whether this type of investment was needed, or if it should have been located elsewhere, such as East Gainesville.

Carla Lewis-Miles, chief executive officer of the Greater Duval Neighborhood Association, said she understands the county’s need to continue developing during the pandemic, as state funds could be harder to obtain in the future. However, Lewis-Miles said she hopes residents will continue to have a say in how the project moves forward.

“A project of that magnitude with that amount of funds spent needs more of a community engagement,” she said.

Gainesville communications director Shelby Taylor wrote in a statement that the city commission has not taken a position on the project’s location, which is currently in an unincorporated part of the county.

It’s also unclear what void the sports complex is designed to fill.

Mark Sexton, Alachua County’s legislative affairs director, said the county remains focused on securing the state appropriation and isn’t considering any alternative funding beyond the bed tax and Viking contributions. An aide for Rep. Jayer Williamson (R-Santa Rosa County), the chair of the Infrastructure and Tourism Appropriations Subcommittee, would only say the bill is under review.

Clemons said he believes the complex would be a huge long-term community investment.

“There’s no doubt in my mind that this would be infrastructure that can be and would be used for decades to come,” he said.

Corbin is a reporter for WUFT News who can be reached by calling 352-392-6397 or emailing news@wuft.org.
Previous Fact Check: Poe Delivers 2021 State Of The City Address
Next Oakmont Neighborhood Will Soon Have A 46-Acre Tortoise Reserve