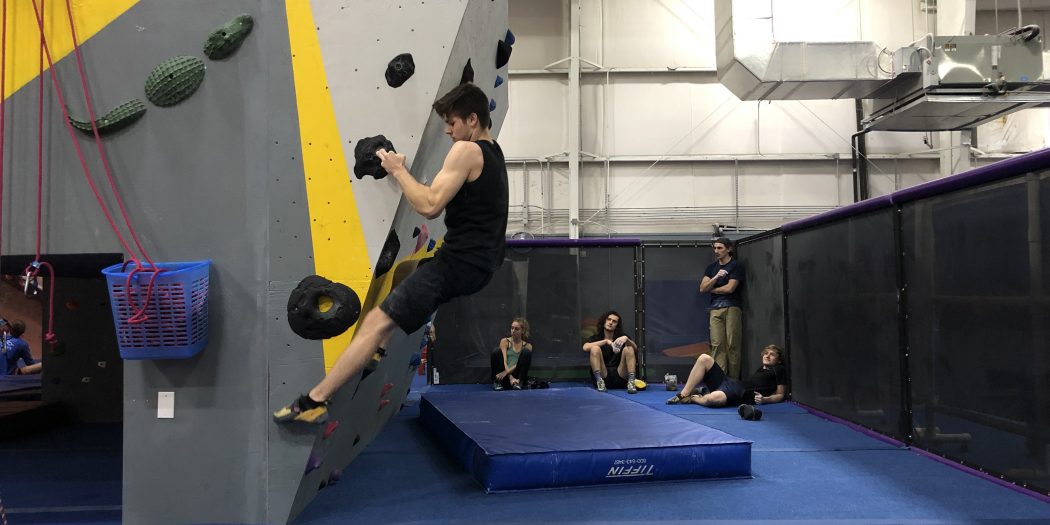 The proposed tower would become the centerpiece of the San Felasco Tech City, a “live-work-play” community appealing to startup companies and growing businesses. Located off US Highway 441 and NW 89th Street, the tech city will include workspaces, housing units and recreation centers for individuals who embody a minimalist, healthy lifestyle and want to leave a minimal carbon footprint.

“San Felasco Tech City was born out of finding a niche,” Glaeser said. “We kinda have a saying that we compete with nothing because we’re really trying to fill a niche that doesn’t exist in our community.”

Glaeser reached out to a class of students from the University of Florida’s College of Design, Construction and Planning, led by professor Martin Gold, to design the tower. The duo also hopes to persuade Alachua city commissioners to increase the city’s maximum building height for industrial districts — currently 80 feet — to meet the needs of the proposed tower.

While awaiting the city’s approval, the two partners have begun soliciting potential tenants to fill the space the tower will offer. Mike Palmer, CEO of the rock climbing company The Knot, has spoken with Blaser and Glaeser about moving his company into the tower.

Palmer, a Gainesville resident and real estate agent, has searched for a location to establish The Knot since 2016. He worked with Gainesville’s Community Redevelopment Agency (CRA) to establish a gym in the city’s power district, a 17-acre district of active and inactive Gainesville Regional Utilities buildings between downtown and Depot Park.

“The most exciting feature to me about (the rock climbing tower) is really that it sounds like it’s actually happening,” Palmer said.

“I had no idea that we’d be building the world’s tallest indoor rock climbing gym, and now here we are,” Glaeser said.

Some rock climbers are skeptical

While the tech city’s proposed tower has been met with interest and curiosity, some Gainesville rock climbers have reservations about the project’s viability in restoring the city’s now-defunct climbing community.

Joe Marchionno, a 37-year-old former route-setter for the now-closed Gainesville Rock Gym, expressed concern that the tech city’s business model may represent a tourist trap, not a haven for the city’s serious climbers.

“I don’t know how excited I am because having a climbing tower isn’t really what this (rock climbing) community needs,” Marchionno said. “It might not provide what a climbing gym can; a climbing gym can house more people than just a few walls.”

Marchionno, who designed the artificial rock wall routes at GRG, said the gym — located on 704 S. Main St. — once served as a central hub that brought Alachua County rock climbers together before its closure in 2015 due to a sinkhole.

Despite the critique, Glaeser said he encourages more developers to take note of the proposed tower’s progress and begin developing rock climbing facilities around Gainesville to spur growth in the city’s rock climbing community.

“We don’t need one climbing wall — we need 100,” Glaeser said. “If (developers built them), I think that would help build the rock climbing culture in our community. That would be awesome.”

Other rock climbers, like 41-year-old Jason Candler, expressed concerned about the location of the tech city’s tower and rock climbers’ ability to reach the tech city, which will be located 12 miles from Gainesville and is inaccessible by bus.

Candler, who coaches a youth climbing team at Sun Country Sports Center in Jonesville — 10 miles west of Gainesville — also inaccessible by bus — suggests Glaeser and Blaser target the UF and Santa Fe College communities in addition to individuals, companies and tourists the partners hope to attract to the tech city.

“Really what you need is a good solid set of members that are climbing on a consistent basis,” Candler said. “(UF and Santa Fe) are really the target demographic.”

Although Palmer suggested that Glaeser and Blaser should focus on attracting students and younger individuals from Gainesville to their planned climbing facility to drive revenue, he noted that the student population does not seem to be the target audience for the project.

“For their development, having a large population of students come out there isn’t critical to (Glaeser and Blaser’s) success,” Palmer said. “I know just the idea that they can move forward quickly and easily and that they can provide things like parking and reasonable proximity to relatively nicer housing has shifted the focus for a couple of tech companies that were downtown.”

Despite the tech city’s distance from Gainesville, Glaeser insists the city’s rock climbing community will be excited to travel to the tower to try out the climbing wall.

“The rock climbing folks will be jazzed,” he said. “There will be people coming from Atlanta and Miami on the weekends to come literally to be a part of this because it’s going to be so unique. Anybody who says anything negative about this location has an ulterior motive — I’ll say it that way, pure and simple.”

Angel is a reporter with WUFT News and the Production Manager for GHQ – a top-40 radio station based out of the University of Florida. Angel can be reached at 813-810-6742 or by emailing angel.kennedy@ufl.edu.
@mrkennedya
Previous March 12, 2019: Evening News In 90
Next The Point, March 13, 2019: How The Florida Senate Might Address Sea Level Rise