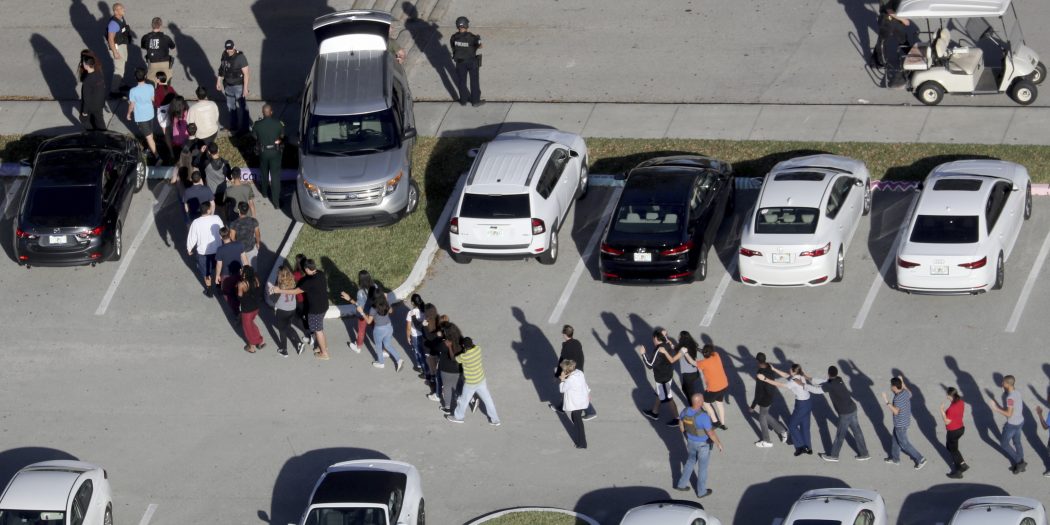 FILE - In this Feb. 14, 2018, file photo, students are evacuated by police from Marjory Stoneman Douglas High School in Parkland, Fla., after a shooter opened fire on the campus. Modern technology has enabled real-time reaction, support and calls for action during deadly mass shootings in the U.S. Live video of the Florida shooting showed survivors under desks while others live-tweeted messages to the survivors. (Mike Stocker/South Florida Sun-Sentinel via AP, File)

Updated 4:17 p.m. Feb. 11, 2019: Florida moved a step closer Monday to prohibiting police from releasing audio, photographs or video of mass killings unless a court gives them permission. The measure could dramatically alter the way news organizations cover a modern scourge that has claimed scores of lives.

The bill would retroactively cover footage of all previous mass killings in Florida.

The Senate Criminal Justice Committee unanimously approved the proposal, SB 186, during a hearing Monday in Tallahassee. At least one other committee was expected to review the measure before a floor vote. Gov. Ron DeSantis was not expected to object to the bill.

Florida has been the scene since 2013 of at least five mass shootings that would be covered under the new law, including last year’s killings of 17 high school students in Broward County and the deaths of 49 people in 2016 at a nightclub in Orlando.

The bill is similar to other proposals across the U.S. intended to protect the privacy of crime victims and their families and diminish the public’s exposure to graphic imagery that might inspire others to commit sensational violence.

The father of 14-year-old Alaina Petty, who died in last year’s school shooting, said he supports limits on graphic footage.

“In the midst of our grief, we felt victimized again,” Ryan Petty of Parkland, Florida, said in a telephone interview.

Media organizations said the new limits would impede reporting on whether law enforcement adequately responds in unfolding emergencies. Broward County’s sheriff resigned under pressure last month after his deputies failed to charge inside Marjory Stoneman Douglas High during the shooting. The FBI was criticized for failing to take seriously clues the Orlando nightclub shooter might become violent, and radio problems the night of those killings contributed to confusion at the scene.

Barbara Petersen, head of the First Amendment Foundation, an open government advocacy group, told the bill’s sponsor, Sen. Tom Lee, R-Thonotosassa, the material that would be banned was “critical in ensuring the public’s right to hold law enforcement accountable for its actions.”

“I don’t think anyone is going to raise any vigorous objections to this,” Petersen said. “Nobody wants to be seen as anti-victim.”

Petty said less-graphic options, such as animations or transcripts, could be used in news reporting about such crimes without further tormenting families.

Lee, a former Senate president from east of Tampa, said Monday it was his goal to find a “sweet spot” between the public’s need to know and protecting the privacy of victims. He said it’s likely the bill will be amended before making it to a Senate floor vote.

“We hit a tipping point last year with Parkland,” he said.

The proposal would modify an existing state law that bans government agencies, including police departments, from releasing photos, audio or videos – including body cam footage – of the killing of a police officer on duty, although footage of police killing others is allowed to be released under the law. The bill expands the prohibition to cover victims of mass violence, defined as the intentional deaths of three or more people, not including the perpetrator. It would not directly affect audio, photos or video produced by private citizens.

A related House bill, HB 577, would prohibit the release of footage from school shootings even when only a single person died.

Audio or imagery controlled by police or other government agencies would be exempt under Florida’s famously powerful public records law. Releasing them “willfully and knowingly” would be a felony subject to up to five years in prison and a fine of up to $5,000.

The bill’s language said it was intended to protect images of victims “in the final moments of life, in which they are often bruised, bloodied, broken, baring bullet wounds or other wounds, lacerated, dismembered or decapitated.” It said surviving family members are subject to “continuous injury” seeing such images online.

The Sun-Sentinel newspaper in Fort Lauderdale based its impressive expose of failures in the police response to the school shooting on security video showing deputies hiding outside during the shooting. Its coverage was only possible by obtaining the video, said Jon Philipson, an attorney who sued for access on behalf of newsrooms, including Sun-Sentinel.

Philipson said it was unclear if the security video would have been released under the new Senate bill.

“It’s just creating more and more barriers to allowing the public to be informed about law enforcement response,” he said.

Gabriella Paul is a reporter for WUFT. She can be reached at gabbympaul@ufl.edu.
Previous Feb. 8, 2019: Afternoon News in 90
Next The Point, Feb. 11, 2019: Rate Increases Could Be Ahead For GRU Customers, A Report Suggests 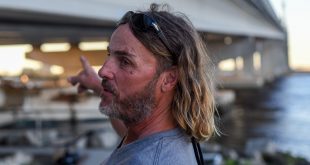