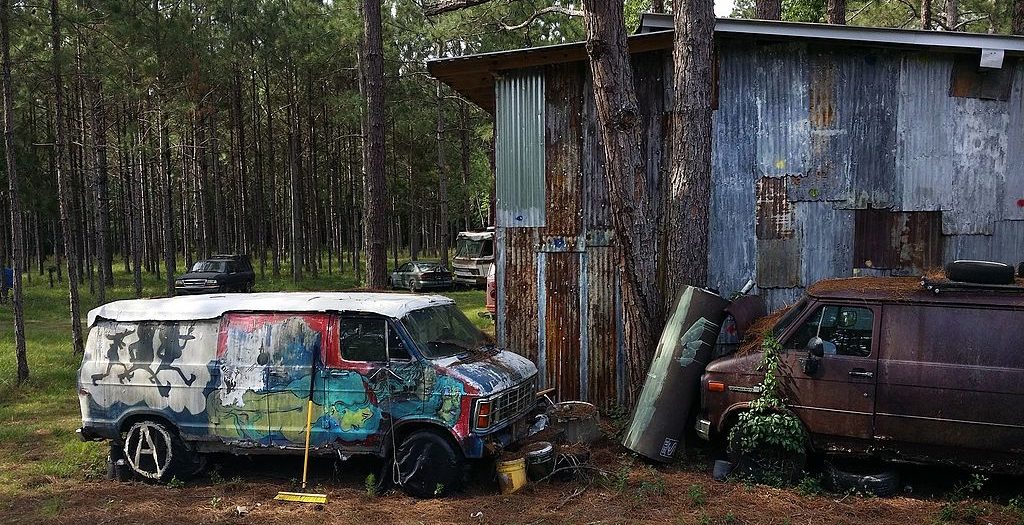 With closed storefronts and empty sidewalks in this small, drive-by town located between Gainesville and Starke on U.S. 301, it is clear the town’s once vibrant light has dimmed as the population dwindled and businesses abandoned a once-popular driving route. The small town has become a throughway afterthought for drivers.

“It’s a sad little town really,” said Penny Dodd, 77, a Waldo resident since 1976 and founder of the Waldo Historical Society. “But you know we have some good people.”

Like many small communities fading into the sunset and away from the path of growth, Waldo faced the process of disintegration.

According to Dodd, William Sparkman, who residents have dubbed the “father of Waldo,” was the first English-speaking settler to drop his roots in the area in the early 1800s. Constructed in the 1820s, one of the first major highways in Florida – Bellamy road – connected Pensacola to St. Augustine and ran close to Waldo. The highway was an important stimulus for settlement in Waldo.

In the mid-1800s, rail travel paved a path into the heart of Waldo. In the late 1850s the Florida Railroad, now part of the Seaboard Air Line Railroad, officially began stopping in town, according to National Park Service documents.

The presence of the railroad in Waldo contributed hugely to growth even into the early 1900s. In the 1920s, Waldo was designated as an official terminal. The railroad brought travelers who would stop, have lunch and stay the night in Waldo.

“[The train station] used to be the drop off place, everybody would gather here to catch the train,” said Linda Vlacos, a life-long resident of Waldo. “That attracted so many people to Waldo. Not anymore.”

The train still passes through Waldo, but it no longer stops to pick up or drop off passengers.

Along with the railroad, the growth was buoyed by new businesses that settled in the area. They included the Waldo Hotel, built in 1869, the Opera House, built in 1872, Entenza Cigar Factory, built in 1881, which became one of the state’s largest employers at the time, and the Sparkman Grocery Store, built in 1893.

As more companies and employers arrived, so did families. The Waldo Community School, one of the town’s major assets, was built in 1922, with about 150 students in attendance. The school originally had grades 9 through 12 until the Alachua County School board decided to bus the high school students to Gainesville High School. At that point, the Waldo school transitioned to an elementary school in 1955 and remained that way until its closing in 2015.

Dodd said the Alachua County School Board decided to close the elementary school because the approximate 250 students in attendance were not enough to justify keeping the school open. The absence of a school discourages potential residents from moving to Waldo.

“With the school closing, a lot of people moved away,” Vlacos, 69, said. “People would want to come to Waldo, they would call the preacher and find out there isn’t a school, and then they don’t want to move here.”

The crash of the stock market during the Great Depression in 1929 also led to a huge decline in business, and by 1932 the Bank of Waldo, open since 1907, closed permanently.

The lack of business from the railroad and, the failure of Waldo’s only bank left many Waldo residents without work.

However, Waldo’s city government is making strides for economic development and working on a number of projects to increase the population and turn the fate of the town around.

The city has increased its sewer lines in order to allow more usage and give themselves the potential to double the size of the town, said Kim Worley, City Manager and Waldo resident for 31 years.

“See at one point you could only have 1000 people here, and that was the max,” Worley explained. “So we were able to get a grant flash loan with USDA and extend the sewer line to GRU, so instead of having a sewer plant it now goes to GRU for environmental issues and that will allow us to go up to 2000 residents.”

Additionally, the Waldo Community School has been donated back to Waldo after the Alachua County school board voted to shut the school down in 2015 due to low enrollment. Plans have been made to use the old school as an incubator program and turn the building into Waldo city square, Worley said.

“We want to use it to start more businesses in Waldo to try to get more jobs in the community,” Worley explained. “The other thing we are trying to do is work with the county and DOT [Department of Transportation] to one lane the roads down on Main Street to try to get more business and make it more walkable and fix up the buildings down there, so we’ve started with that as well.”

Jasmine is a reporter for WUFT News who can be reached by calling 352-392-6397 or emailing news@wuft.org.
Previous Mar. 19, 2018: Morning News In 90
Next Dual Enrollment Gains Popularity Among Gainesville High School Students