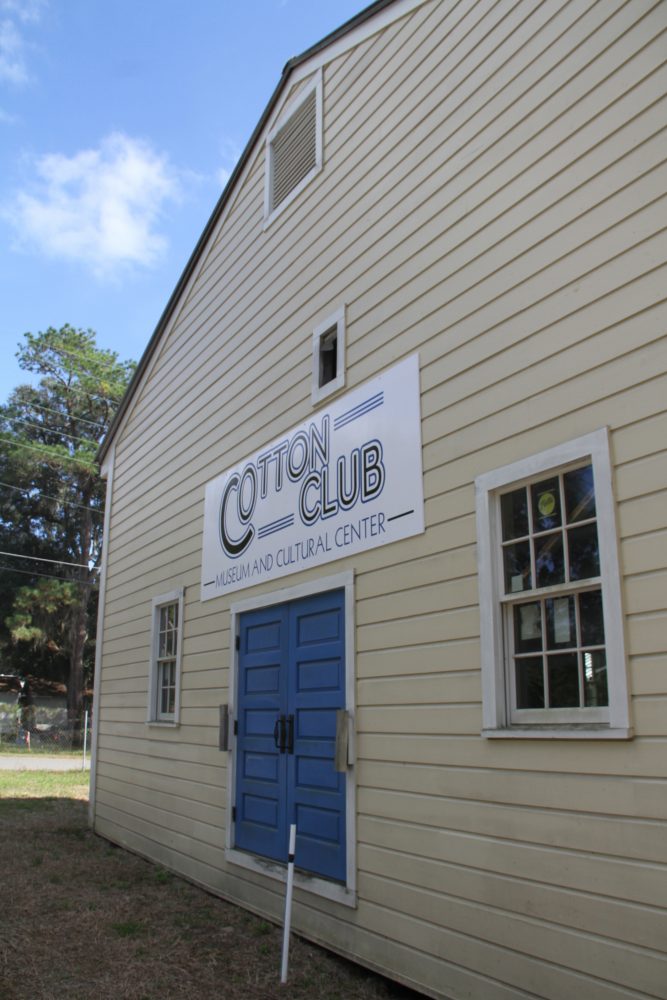 The renovation project of the Cotton Club of Gainesville, the historic music venue in East Gainesville where the likes of B.B. King and Ray Charles performed, is at a standstill.

The rehabilitation plans for the historic building — an entertainment hub for the African-American community in the first half of the 20th century — is being preserved as a museum and cultural center.

The reason for the delay? They do not have enough money, said Dr. Charles Kibert, director of the University of Florida Powell Center for Construction and Environment and head of the project. The project needs another $1.5 million in order to finish.

The restoration efforts for the site began in the mid ’90s when Mt. Olive A.M.E. Church next door purchased the historic property. But, the renovation gained momentum, right before the economic downturn, with a $350,000 state grant in 2007,

Now, the project’s board of directors wants to remind the community of the property’s historic value, and have organized tours of the site this weekend.

“The main purpose is to keep people aware of project,” said Deloris Rentz, financial secretary of the board, “but also to inform them of the history.”

A Place for Weekend Gigs

Eighty-three-year-old Richard McClellan held in his hands a 56-year-old black and white photo of his band and its original business card with their name “The High Notes” typed across the top. McClellan is the only surviving band member.

The Gainesville native began playing the saxophone in the 5- to 8-piece band in the mid ‘50s. It varied on who was available. McClellan said some of the members didn’t play an instrument. Labeled “horn holders,” some held an instrument and pretend to play during the band’s performance.

The High Notes, a local band, performed weekend gigs at nightclubs and bars around town and in surrounding counties as far as Palatka.

They also played at the Cotton Club of Gainesville. Known for featuring rhythm and blues icons like B.B. King, Ray Charles and Brook Benton, the Cotton Club served as a place for entertainment; a place where McClellan and The High Notes performed popular radio songs for the black community in a segregated town.

“People wanted to hear what was playing on the jukebox,” McClellan said.

Although they did not attract as large of crowds as the “state bands”, like Ray Charles and the Honeydrippers, 40 to 50 locals would come to the Cotton Club to dance and enjoy good music from about 9 p.m. to 1 a.m., he said.

He’s a community man, born and raised in the Pleasant Street District. But Gainesville is not the solid community it once was, McClellan said.

He said he feels other projects in the Depot area are taking precedence over Cotton Club renovation efforts. Still, he is fond of the progress that has been made for the museum and cultural center.

“Matter of fact I’ve been in it since they remodeled it,” he said. “They’re doing a jam-up job with that.”

“So the state’s preservation board grants went away, and we couldn’t apply for second tier of them,” Kibert said. “It’s a pity…that money went away.”

This halted the project. Now the Cotton Club lacks necessary funding to continue.

“The community is very enthusiastic about doing it, but there’s not a lot of resources that they can go after internally to the African-American community,” Kibert said. “They have some ambitions about athletes and musicians and so on, but so far those loops have not been closed.”

For now, they are working on an ongoing partnership with the Community Redevelopment Agency, which has already contributed funds. The agency distributes tax dollars for economic development projects.

The Cotton Club is considered an economic development because it is part of the Depot Avenue area being restored. The city is intending to make that area an entry hub for Gainesville.

Kibert hopes to have the project completed in three years.

So far, the building has been brought up to code with major funding from the CRA, Florida grants and other donors like Perry Roofing, he said.

“Keith Perry, who’s a Republican representative of this area, he stepped up to the plate and said, ‘You guys buy the materials for the roof, my guys will put it in for free,’” Kibert said. “BAM, so it cost us half as much as it would have.”

They are trying to follow that model for the remainder of the project asking the Gainesville Builders Association of North Central Florida to install the materials that they buy.

“We’ll take whatever we can get,” he said. “We will even put our students to work as laborers.”

This weekend will be a unique opportunity for the public to tour The Cotton Club property and view the renovation progress. Free tours will take place on Saturday from 2 to 3:30 p.m. and on Sunday from 3 to 4:30 p.m. on site. Vivian Filer, a local dedicated to the Cotton Club renovation project, will be leading the tours. 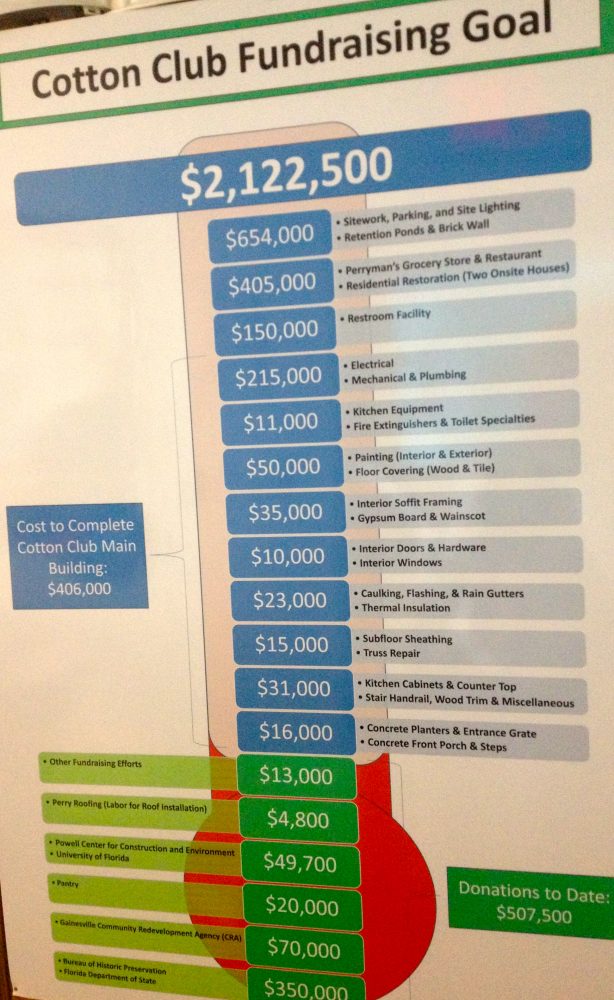 The Powell Center for Construction and Environment created chart for the Cotton Club renovation project’s fundraising goal. The project began in 2004 with a $350,000 Florida grant. 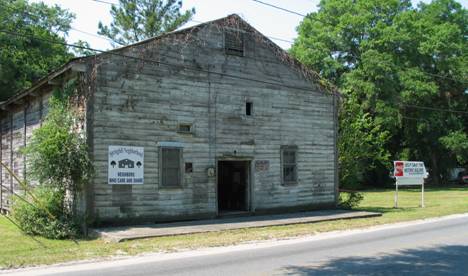 The Cotton Club’s main building was in a deteriorated state before the renovation project began in 2004. The building is now up to code. 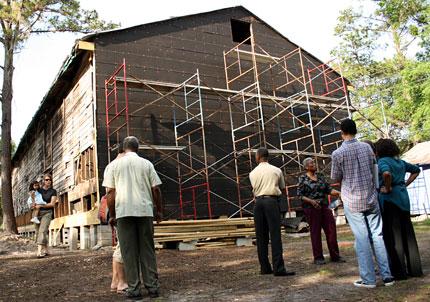 “Supporters of the unfinished Cotton Club Museum and Cultural Center attend a fish fry fundraiser in March 2008. The event was held to raise money to help restore the old club and other buildings on the property.” 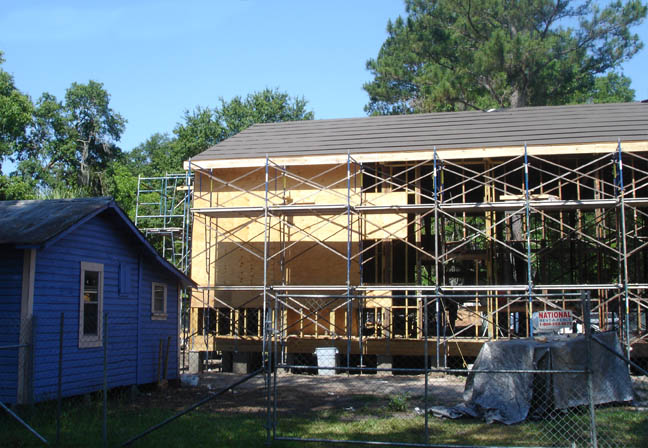 The Community Redevelopment Agency began renovating the main building for the Cotton Club Museum and Cultural Center project in 2007. 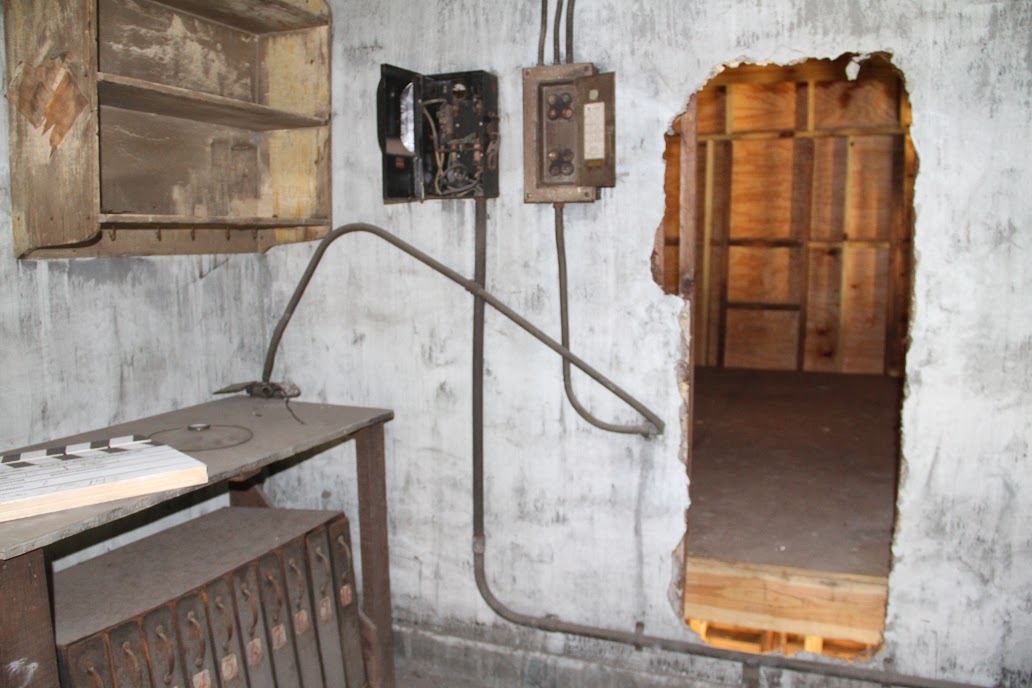 The film room located on the second floor of the Cotton Club building remains in its original state through the renovation project. 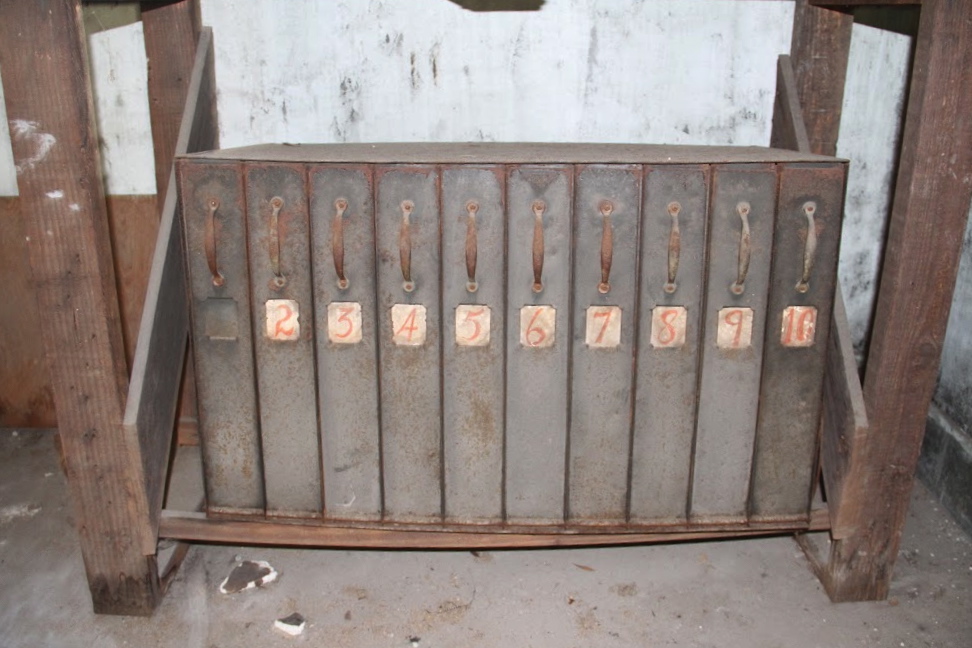 The original film cases used in the Perry Theater in the ’40s have been preserved. 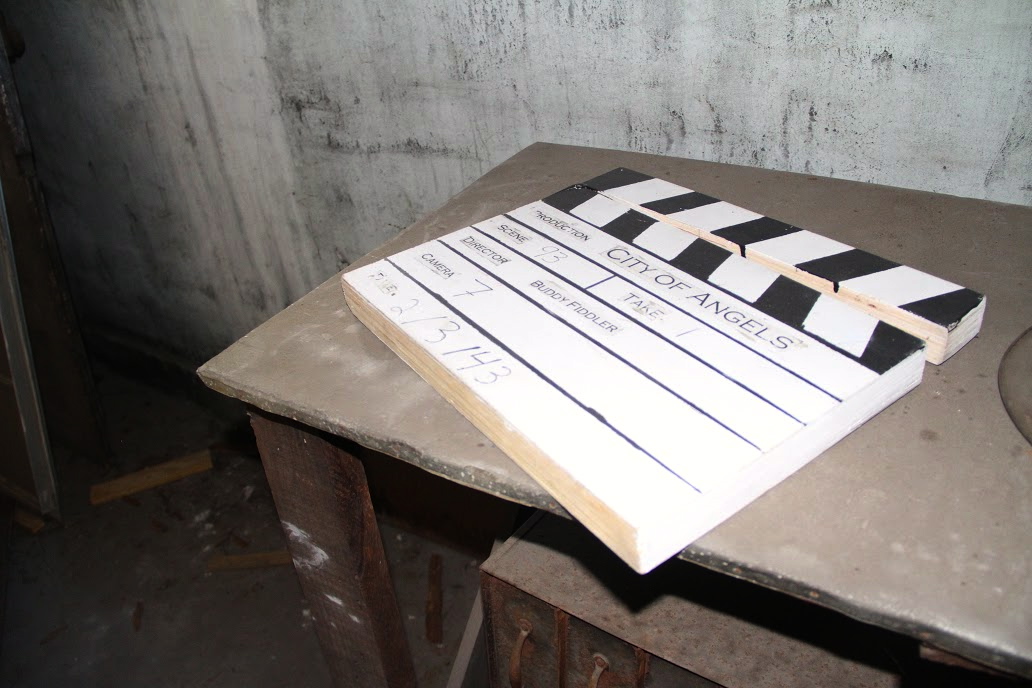 An original clapboard left in the film room from the ’40s in the Perry Theater. 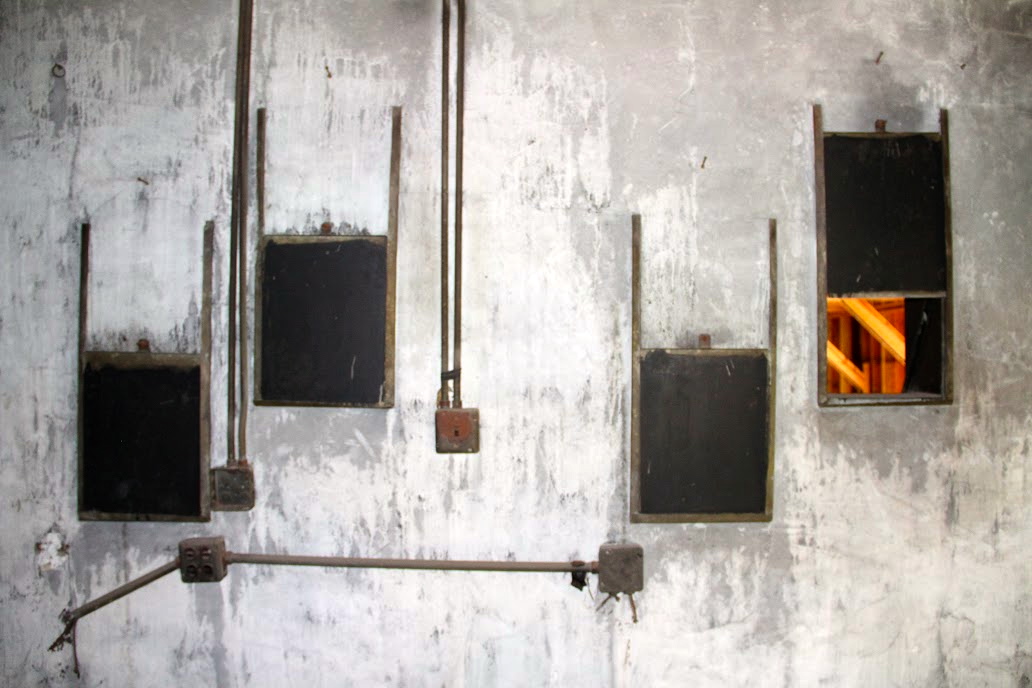 The film holes used to display the film reel when the Cotton Club building was the Perry Theater in the ’40s. 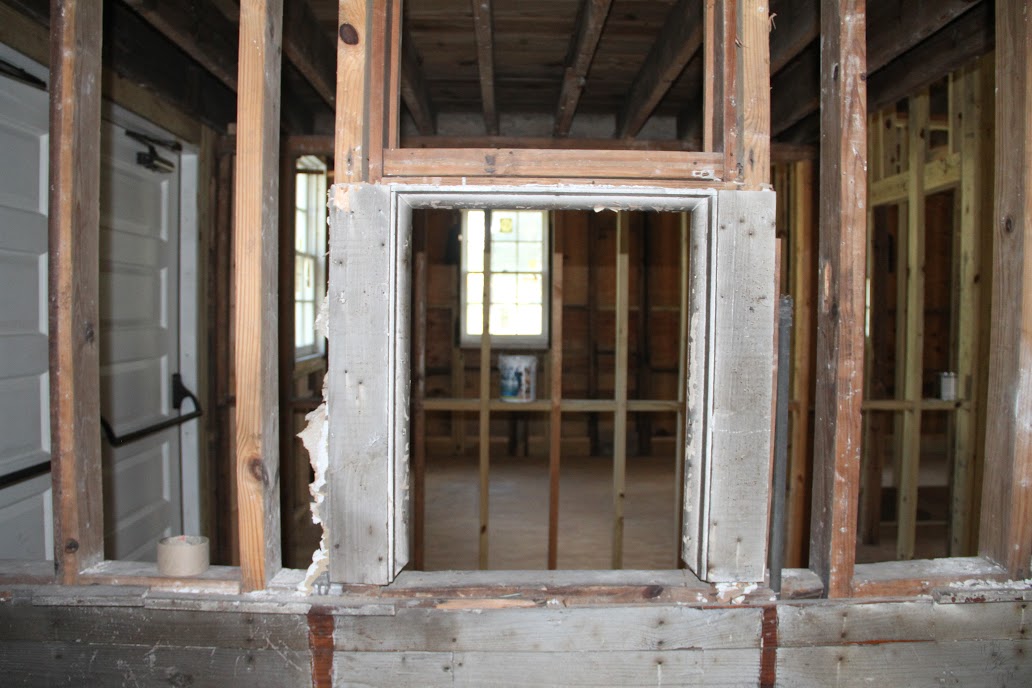 The Cotton Club opened as the Perry Theater in the ’40s. This film window is still preserved in its original state. 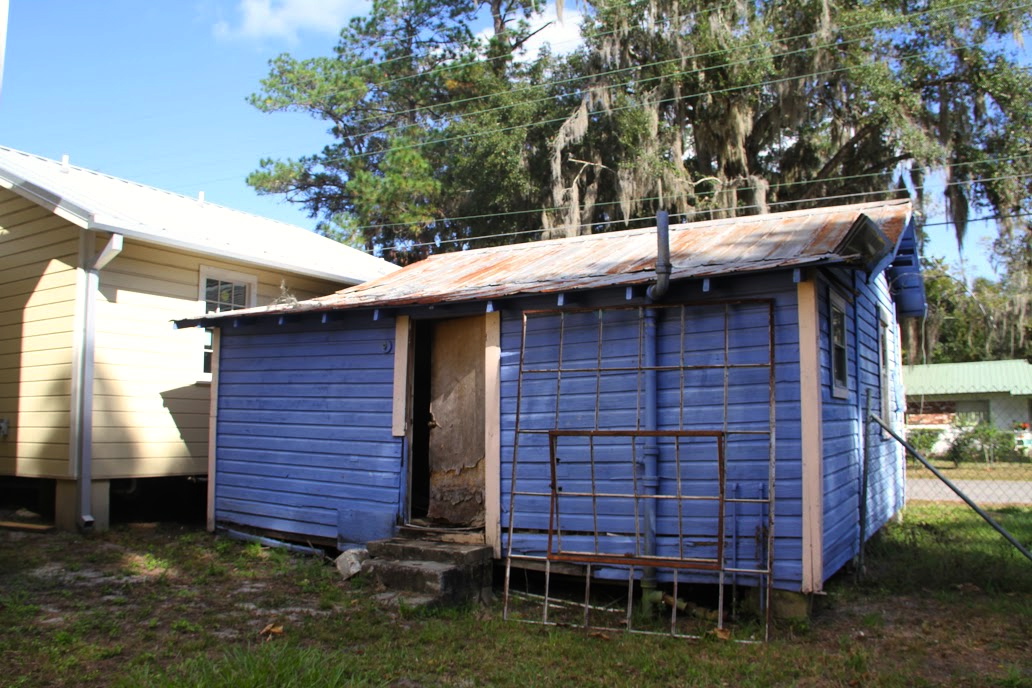 Neighboring shotgun home is part of phase two of the three-phase rehabilitation efforts for the Cotton Club Museum and Cultural Center. Shotgun homes next to the Cotton Club main building are phase two of three phases of the Powell Center’s rehabilitation efforts. The deteriorated state of the front door illustrates the condition of the project prior to renovation. 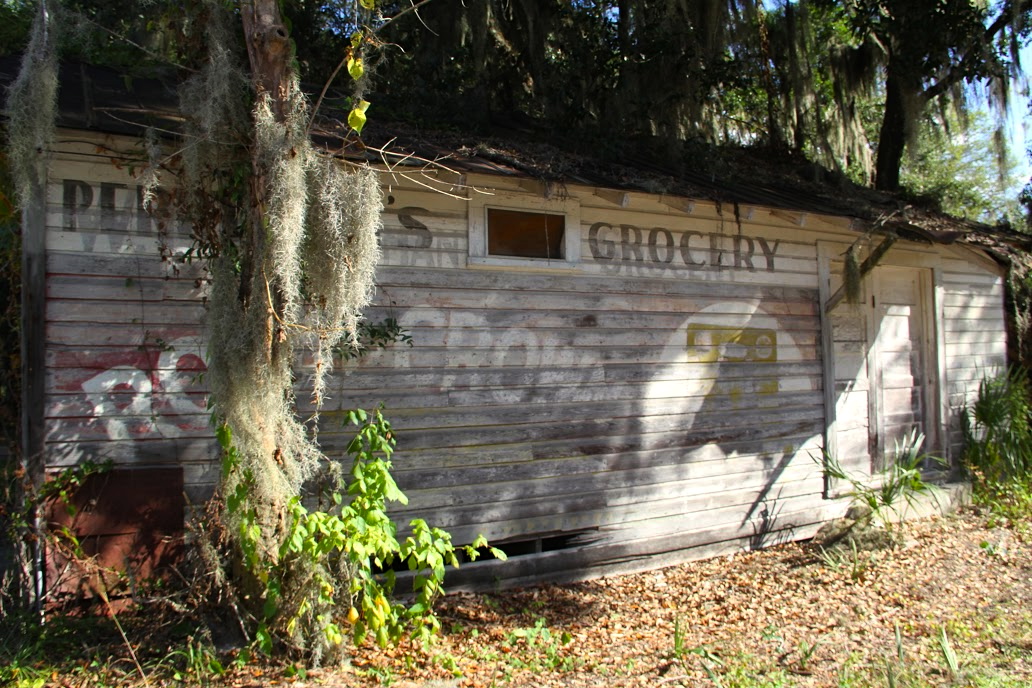 Next to the main building, Perryman’s Grocery sits in its original state. The renovation for this site is part of phase two of the three-phase project.

Olivia is a reporter who can be contacted by calling 352-392-6397 or emailing news@wuft.org.
Previous Locals React to Death of Nelson Mandela
Next Trenton Town Spirit at an All-Time High as Tigers Return to State Championship

Theaters are reopening with extra safety precautions in place against the spread of COVID-19.