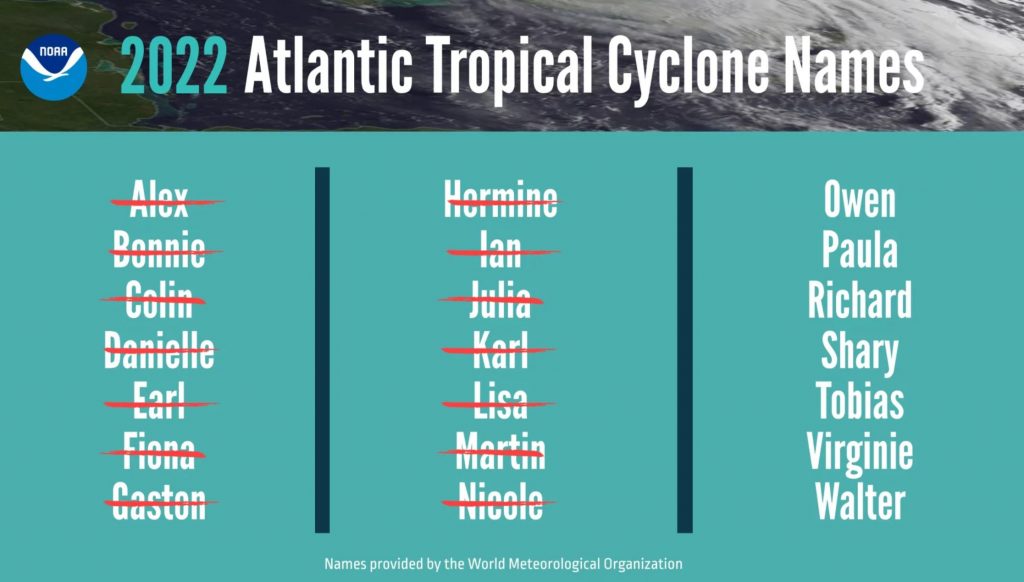 Matthew Rosencrans, the lead hurricane forecaster at the CPC, verified in a news release that the 2022 seasonal activity fell within NOAA’s predicted ranges. Originally, the Climate Prediction Center at NOAA gave a 25% chance of a near-normal season.

Colorado State University’s Department of Atmospheric Sciences also publishes several outlooks before and during the season. The observed conditions are below what CSU originally expected for this season. The CSU outlook published in April originally predicted 19 storms, nine hurricanes, and four major hurricanes.

Phil Klotzbach, senior research scientist at CSU’s Department of Atmospheric Sciences, said he characterizes this season as “the most abnormal, normal hurricane season on record.”

“We had no storms in August, a very busy September, a quiet October and a very busy November,” Klotzbach said. 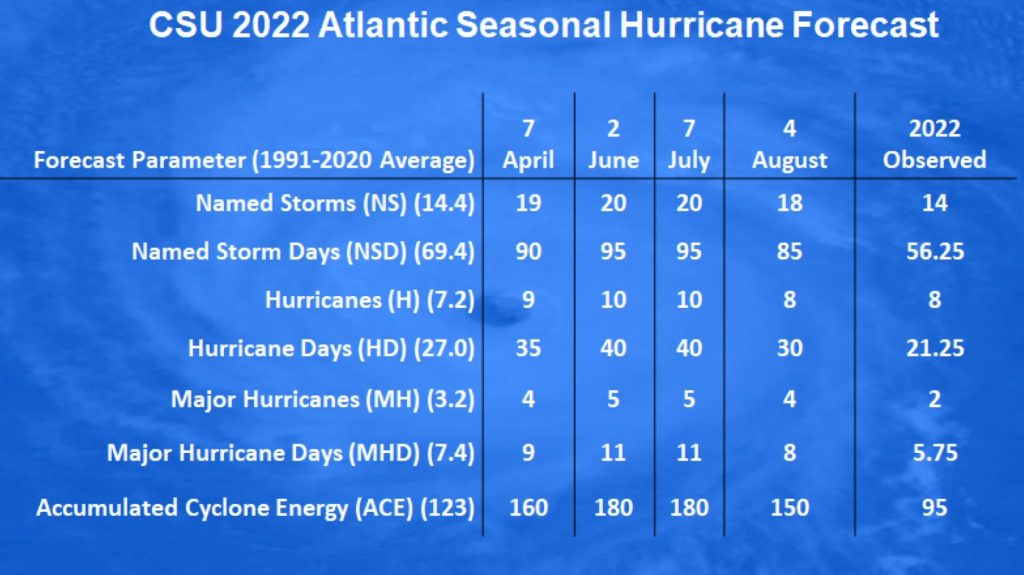 The pacing of this season, Klotzbach explained, is what makes it so “abnormal.” According to the National Hurricane Center, most Atlantic activity occurs between mid-August and mid-October. However, there were no named storms between July 3 and Aug. 31, the first time this has occurred since 1941. October also ended with the lowest Accumulated Cyclone Energy, a metric used by NOAA to measure frequency, intensity and duration of tropical activity, since 2009. The three hurricanes formed during November ties 2022 with 2001 for the most November Atlantic hurricane formations on record. And Hurricane Nicole made history as the latest calendar year hurricane to make landfall on Florida’s east coast ever.

September saw the most activity, and destruction. Six storms including the two major hurricanes of this year, Fiona and Ian, brought high winds, flooding and storm surge to Puerto Rico and Florida, respectively. Hurricane Fiona brought over two feet of rain to some areas of Puerto Rico, and Hurricane Ian had the fifth strongest winds on record. The latter is also shaping up to be a multi-billion-dollar event with more than a hundred fatalities.

Kloztbach said this season highlights that a hurricane season can have peaks and troughs.

“You can have busy times during an otherwise quiet season, or you can have quiet time during a busy season,” he said.

“This is one of the reasons it was surprising we ended up with higher shear, despite La Niña,” Klotzbach said.

La Niña years increase the chances of a landfalling hurricane, with a 40% chance of a 10 billion dollar or higher disaster along the east coast, according to Klotzbach.

Though we are half a year away from the 2023 Atlantic hurricane season, weather emergencies can happen year-round. Make sure to stay connected to your local emergency management and have a way to receive alerts.