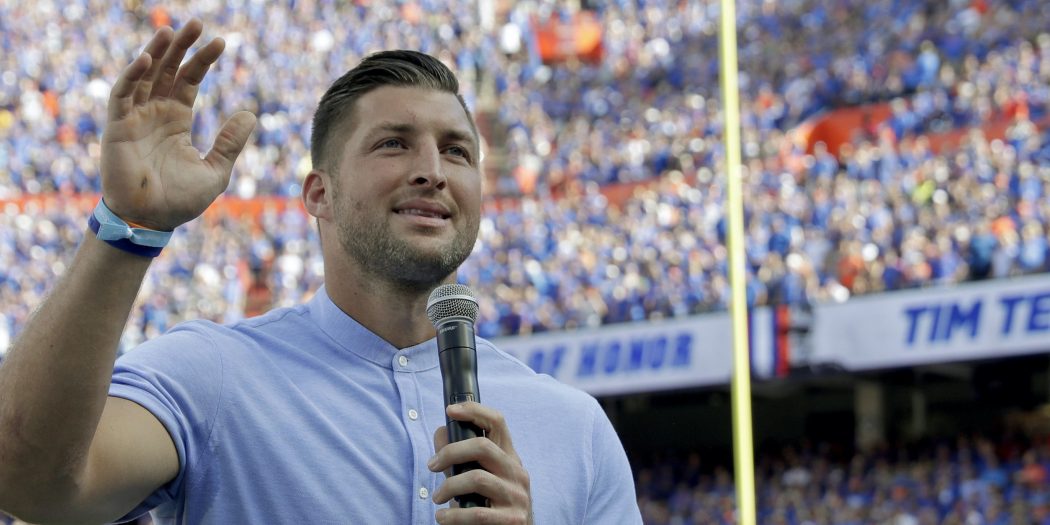 Explainer: What’s Going On With Tim Tebow And The Jaguars?

Shortly after Urban Meyer bought a mansion on the same street as Tim Tebow, more rumors began to arise about the two Gator greats possibly joining forces with the Jaguars.

Tebow, 33, has not played in the NFL since 2015 when he attended a preseason practice with the Philadelphia Eagles. Since then, he has dedicated his life to his faith, broadcast, and baseball.

But with the team scoring Meyer as head coach and No.1 pick Trevor Lawrence, the Jaguars’ roster is starting to shape up.

The rumors began around May 1, when the previous quarterback initially reached out to the team and was offered a tryout at tight end. The last time Tebow played a few snaps at tight end, he was cut by the New York Jets.

“I have one job and that is to win games with the Jacksonville Jaguars. If Tim Tebow or Travis Etienne can help us win, then that’s my job to get them ready to go play. That decision is certainly not made yet,” Meyer said at the time.

On Saturday, the Jaguars held a rookie minicamp, which Tebow did not attend. During the practice, Meyer stated that a “chat” regarding the decision would occur yesterday.

While the Tebow timeframe is unknown, sports fans could expect news soon.

Before Tebow decided to play for the Jets, he was set to be drafted by the Jacksonville Jaguars.

Not only has the former Heisman Trophy winner resided in the Jacksonville area for years, it is obvious that he and Meyer have a special history.

Meyer and Tebow won two national championships at the University of Florida from 2006 to 2009.

While most Jaguar fans are excited about the possibilities of their new team, not everyone is on board with the Tebow signing.

Many fans, players, and sports analysts argue that it is unfair, and is taking away opportunities from the younger players on the team.

Another argument is that it’s wrong to randomly sign a 33-year-old who has not played the position in nine years.

“After sitting out that many years…They told me I was getting old at 30… It’s all about who u know,” former NFL safety Ron Parker tweeted.

More suggest that it’s all about the money and ratings.

Philadelphia Eagles cornerback Darius Slay tweeted, “It’s mind blowing to me that (former NFL quarterback Colin Kaepernick) has no job but Tebow does…”

Former NFL player Keyshawn Johnson explained that executives and players will not like it if they sign him, and could disrupt what the team is trying to build.

“It’s not going to bridge a gap. It’s going to cause a gap in that bridge with that locker room.”

Jessica is a reporter for WUFT News who can be reached by calling 352-392-6397 or emailing news@wuft.org.
Previous An Iranian Photographer’s Exhibition Opens At The 4Most Gallery
Next Untold Florida: What’s The History Of The Tenant Houses In Shiloh Near Micanopy?