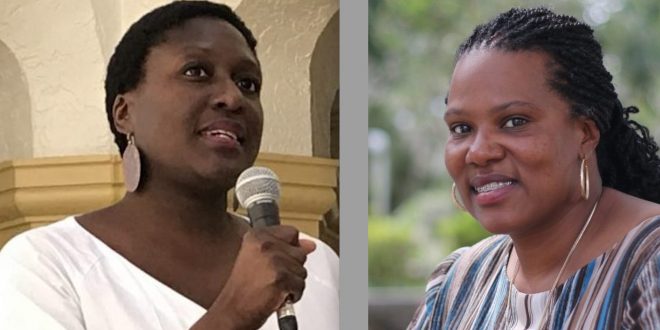 Incumbent Gail Johnson won reelection to a second term on the Gainesville City Commission on Tuesday night, but it was Desmon Duncan-Walker’s victory over incumbent Gigi Simmons that showed District 1 voters were ready for a change.

Johnson defeated her opponent, Gabriel Hillel, in a landslide with nearly 90% of the vote, but Simmons fell to challenger Duncan-Walker by 119 votes, according to unofficial results.

Johnson’s spirits were high on the night of the win.

“I’m feeling fantastic. I’m so optimistic about my second term in office,” she said.

Her plans for her upcoming term include improving education, housing and food access.

“Continuing to advocate for a grocery store on the East side of Gainesville, equitable development and saving our neighborhood, working in partnership with my colleagues at the county and school board,” she said.

Both were first elected to their seats in 2018. Simmons represents District 1 — comprising the Porters neighborhood, much of downtown and parts of the east side — and Johnson holds an at-large seat representing the entire city. Johnson spent just $350 of the $1,405 she raised en route to beating her opponent, who raised and spent nothing.

“I’m feeling a deep sense of gratitude not just to the people who worked on my campaign,” she said, “but obviously to the voters in District 1.”

No District 1 incumbent has won a second term since Scherwin Henry did so in 2009. Yvonne Hinson, Charles Goston and now Simmons each served a single term thanks to successful challenges from their successors.

Johnson and Duncan-Walker will each be sworn in later this spring and serve a three-year term.