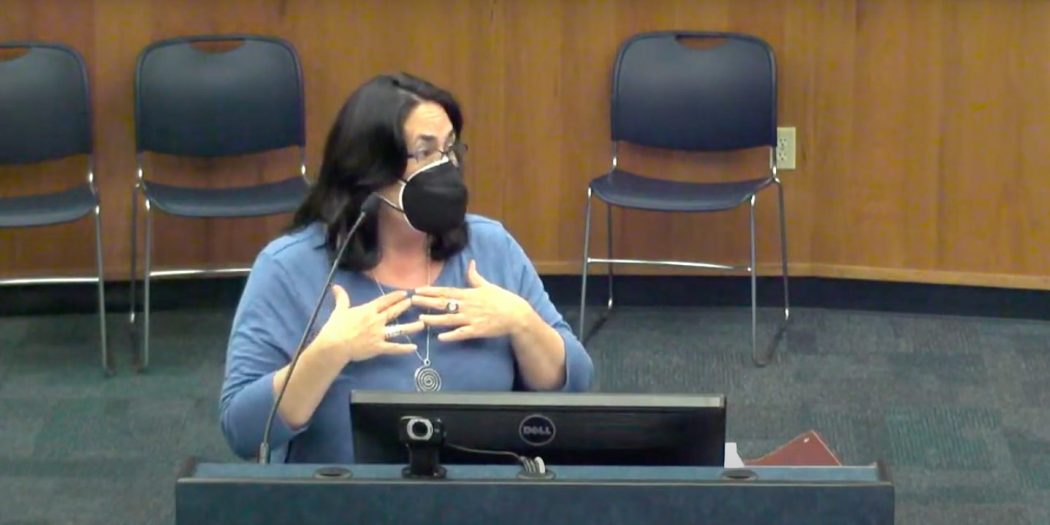 Every March, salary and contract negotiations for the upcoming school year begin in Alachua County.

Demands are made, salaries are deliberated upon and exact language is ironed out.

This year’s changes have now been finalized, and they’ll see newer teachers making an unprecedented jump in salary.

Ratified Feb. 24 after a district-wide vote, the biggest teacher pay increases will apply to those with zero to eight years of experience in the district. Their starting salaries will leap from $38,416 to $44,143. The employee vote was the final step toward ratification after the schoolboard agreed to the changes in their Feb. 16 meeting.

“This has taken us a long time to get to this agreement this year,” Alachua County Education Association President Carmen Ward said. The negotiations were delayed by COVID-19.

The pay raises are retroactive for the 2020-2021 school year, and will be distributed on March 15. Almost all district employees — 2,123 to be precise — voted “Yes” to the agreement, with only 163 dissenting.

The large salary change was prompted by Governor Ron DeSantis, when he signed HB 461 into effect on June 24, 2020. The bill allocated $500 million to Florida’s school districts, with the goal being to reach a base pay of $47,500. Eighty percent of each district’s funds were designated toward raising starting teacher salaries, and 20% was designated toward teachers already above the new base salary.

DeSantis declared 2020 to be the “year of the teacher.” However, many educators say the bill is far from perfect.

Marion Education Association President Mark Avery said he’s been given a soft date of April 9 for his district’s paychecks to be distributed. At a Florida Education Association Meeting, Avery learned that out of the 67 school districts in Florida, 83% were not able to get to the $47,500 figure.

“This is new territory for school districts because they’ve not had to do this type of increase before,” he said.

Crystal Tessmann is a 5th grade teacher at Carolyn Beatrice Parker Elementary School, and serves on ACEA as a site representative for her school. She’s been teaching in the district for 13 years and worked to secure safer working conditions for teachers when students came back to school over the summer.

She criticized DeSantis’ policy, saying the salary jumps weren’t sustainable, and that they would leave more experienced teachers out to dry.

“He took one piece of a giant puzzle of money and fixed that one piece and didn’t look at the rest of it,” she said.

In Alachua County, every teacher receives a 1.5% salary increase each year they’re with the district. Teachers who have taught for more than eight years will receive an additional 1% raise for the 2020-2021 school year.

Tessmann made it clear she wanted all teachers to be paid more, but that the discrepancy in salary increases could cause rifts between newer and older teachers, when each of their jobs are difficult enough as is.

“There are teachers out there who are training interns to come in and make the same amount of money as them,” she said.

Tessmann praised ACEA President Carmen Ward for trying to look out for the needs of all educational workers. After the district was initially hesitant to give raises to ESPs, or Education Support Professionals, the union was able to secure $600 payments for custodians, lunch workers and bus drivers, among others.

Nancy Mason, 62, is in her 13th year as a bus driver for Alachua County. She also serves on the full bargaining committee that worked to secure a one-time payment of $600 for ESPs like herself.

Like Tessmann, Mason’s initial negotiations focused on the health and safety of her coworkers, lobbying for things like hazard pay. Alachua County bus drivers are encouraged to seat children who are related together and notify their supervisors if their bus is at capacity, but enforcing social distancing and mask policies without a bus aid is difficult.

“Even though people all want to be safe, it doesn’t mean they all follow the rules,” she said.

Mason said bus drivers are constantly told how important they are, how they’re the first person children see in the morning, only for that appreciation to not be shown monetarily.

“They still fall at the bottom,” she said. “And sometimes they don’t feel very appreciated.”

Mason worked to make that $600 payment recurring, but eventually settled for the one-time payment, saying that employees needed the money now. Plus, it’s already March again, which means it’s back to the negotiation table.

Thomas is a reporter for WUFT News who can be reached by calling 352-392-6397 or emailing news@wuft.org.
Previous The Point, March 9, 2021: Age Threshold For Florida COVID-19 Vaccinations Drops To 60
Next Finders Not Keepers? Florida Considering Ban On Keeping Found Spacecraft Parts