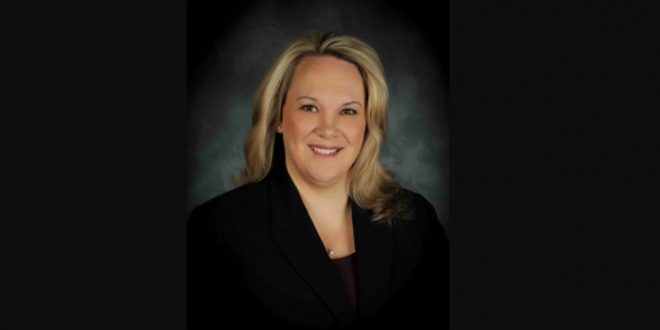 Karen Clarke has led the Alachua County School District since 2017 and will retire in June 2021.

Karen Clarke on Tuesday announced her plan to resign.

Clarke, the superintendent of Alachua County Public Schools, submitted her letter of resignation hours before the midweek Veterans Day holiday and just over a quarter into a school year defined by the COVID-19 pandemic. Her decision also followed a pair of unsatisfactory annual evaluations from board members in June and the election in August of a new member, Diyonne McGraw, who ran on a platform of change.

McGraw’s central desire is to see the district make more substantial progress in closing what’s known as the achievement gap between Black and white students. That problem has become one of the most intractable that district leadership has worked to confront. Clarke also faced bookend crises in her tenure — Hurricane Irma in 2017 and the coronavirus this year.

Along with working to conquer those hurdles, her resignation letter also highlighted the following accomplishments:

In June of this year, board members Leanette McNealy and Tina Certain both expressed written concern with the superintendent.

“There seems to be a collegial relationship between most board members and the superintendent,” McNealy said in her evaluation. “However, this year has raised some concerns about if that relationship truly exists with all board members.”

McNealy was not the only one disappointed in her relationship with Clarke.

“Since my time on the board, my individual working relationship and collegiality with the superintendent has deteriorated,” Certain wrote. “I appreciate the opportunity to meet with the Superintendent. However, I often leave those meetings with very few answers to my questions or action on my suggestions.”

Clarke acknowledged in her resignation letter that “to continue the district’s progress … full-board support would be essential.”

“They have not asked me to step down at all,” Clarke said. “It may be that they want to have their own choice of superintendent, that’s something that they need the opportunity to be able to do.”

The Alachua County School Board is made up of five elected candidates, one each from a different geographic district.

While the three “highly effective” evaluations outnumbered the two “unsatisfactory” ones, the pendulum swung as Roy announced her retirement. Diyonne McGraw ran for her office to succeed her. In the August election, she won.

Roy officially retires on Nov. 17, and McGraw will take over her seat.

“It’s time for change,” McGraw said. “We want to make sure we close the achievement gap, and that’s going to take new leadership.”

While a majority of the new school board wants that change, there are members who are disappointed to see Clarke move on.

Clarke’s resignation is not surprising, Hyatt said, but “it is disappointing.”

Paulson expressed a similar sentiment but was appreciative of the eight-month runway she gave the board to choose a successor.

“I’m disappointed that she’ll be leaving,” Paulson said. “I’m sorry to say it happened. I think she’s been a very good … better than good — excellent — superintendent.”

Timothy is a reporter for WUFT News who can be reached by calling 352-392-6397 or emailing news@wuft.org.
Previous Planned Parenthood Brings Transgender Healthcare Services To Gainesville
Next The Lede || Season II Episode XIV: Online Classes – Thumbs Up or Down