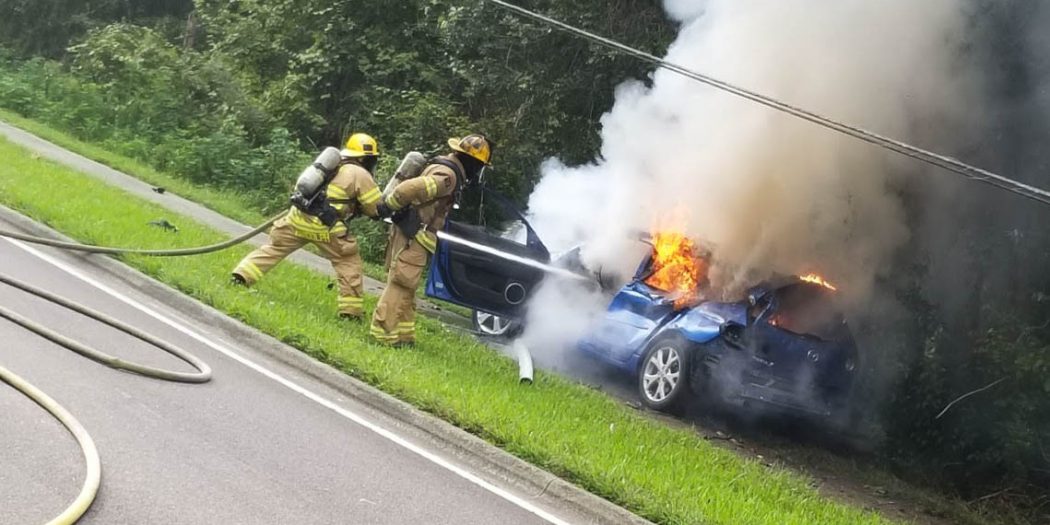 School Bus Involved In Three-Vehicle Crash, No Students On Board

Gainesville Fire Rescue crews responded to a crash involving three vehicles Wednesday morning that left one vehicle in flames, a school bus damaged and one driver in critical condition. No students were on the bus at the time of the incident.

First responders transported the critically injured driver to treatment and evaluated multiple other people for injuries. The cause of the crash is still under investigation.

Houston is a reporter for WUFT News who can be reached by calling 352-392-6397 or emailing news@wuft.org.
Previous The Point, Sept. 16, 2020: Hurricane Sally Could Give The Florida Panhandle Another Foot Of Rain
Next ‘It’s Green’: Progress Slows As Newnans Lake Cleanup Efforts Continue