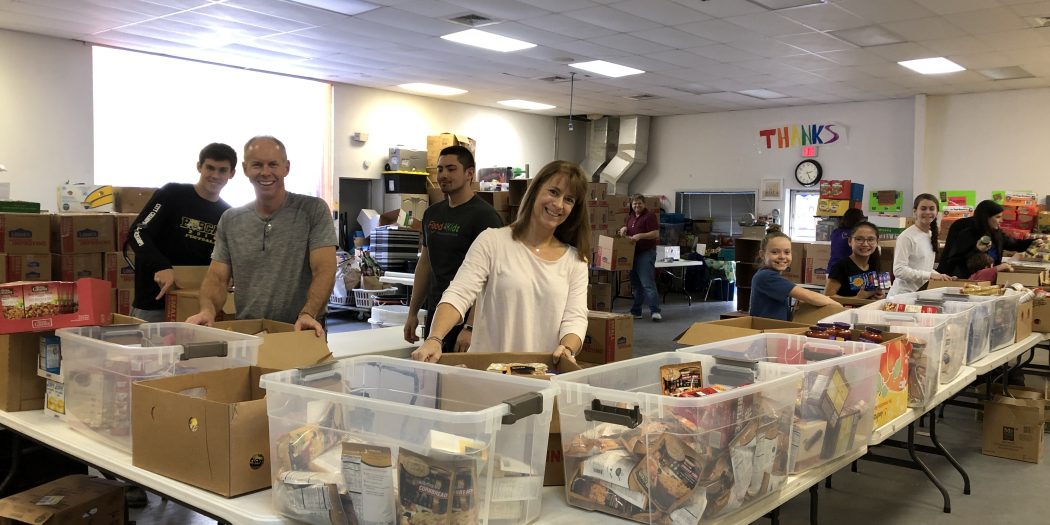 Alachua County students who experience food insecurity will receive the gift of a holiday meal this winter thanks to donations from the community and local schools.

Kostamo said the drive started about 15 years ago. She was at Lake Forest Elementary following winter break and noticed the students were quiet in the cafeteria. When Kostamo asked the principal what was wrong, he told her they were hungry, and she started the drive the next year.

“It’s one of those win-win-win situations,” Kostamo said.

Freeman said even the best educator cannot teach a student that is hungry. To Freeman, solving food insecurity is a crucial step in closing the achievement gap.

“You have to remove that barrier of hunger, because if you don’t, you will never strengthen that student’s full potential or academic and social-emotional proficiency,” Freeman said.

She said that teachers and administrators across the county have told her that when a child is hungry, that pain is the only thing they can think about. However, some students can’t even connect their stomach pain with their lack of nutrition, Freeman said.

Freeman said programs like the Holiday Food Drive are important because students are still the county’s responsibility even when they leave the classroom.

“We’re in a human caring business, and our caring doesn’t stop when students are not at school,” Freeman said.

Teachers and administrators are not the only ones on board with the drive. Students around the county are doing their part to pitch in for their peers.

Allison Cama is a 17-year-old senior at Buchholz High School who is part of a leadership class that is organizing Buchholz’ contributions to the drive.

While Cama said she doesn’t personally know anyone at her school who faces food insecurity, she said the food drive is an easy way to make a difference in the lives of the students she shares the hallways with.

“I know when I go home and have a nice dinner with my family, I know that every student here is getting that same opportunity and family feeling,” Cama said in regards to the food drive.

Cama’s classmate Laney Repp, a 17-year-old senior, said the club’s goal is at least 27 boxes full of food, but ultimately as many as they can.

Repp said there’s a pizza party prize for the class that creates the most boxes.

“You’re not just giving a can,” Repp said. “You’re giving a can to someone who did not have dinner.”

Previous The Point, Dec. 10, 2019: ‘I Will Not Go Quietly’: Melina Farley-Barratt Is The First Openly Trans Person To Run For Florida Senate
Next Senate Panel Back ‘Best And Brightest’ Repeal