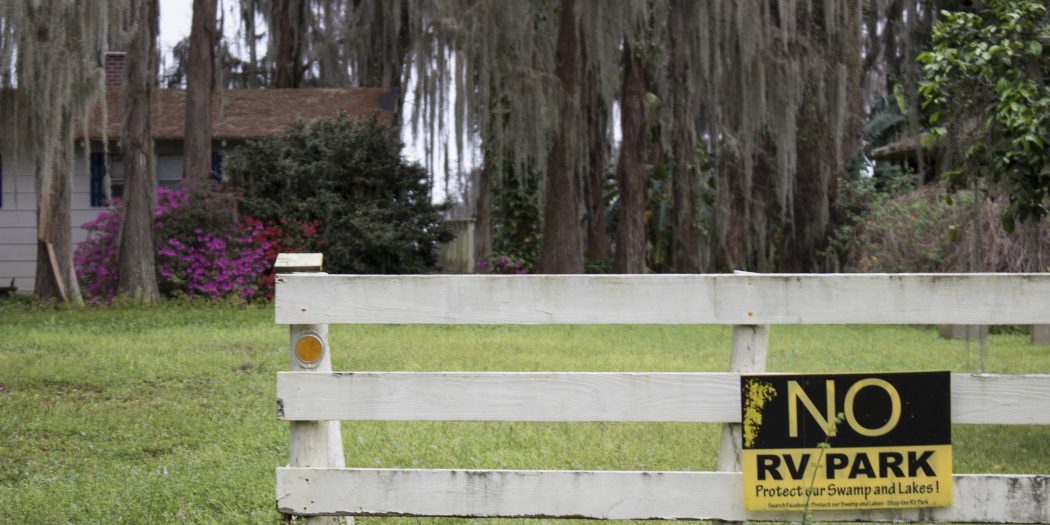 Florida’s First District Court of Appeal declined to hear a case on a proposed recreational vehicle park located near Santa Fe Lake outside of Melrose.  The Feb. 5 court decision clears the way for park construction to begin.

The dispute over the land began nearly two years ago when developers proposed building on the property where Tom’s barbecue is located. The idea was met with backlash and a neighborhood group, Santa Fe Lake Dwellers Association, challenged the project in a quasi-judicial hearing — a process similar to court in which the county commissioners act as the judges.

Esson is ready to move forward with the RV park.

However, Kyle Macomber, one of the lawyers representing the opposition to the park, said they have requested a rehearing by the district court with an official written opinion. If the court agrees to a rehearing, the case would go back to the Bradford County Commissioners giving them the option to reverse their original decision.

The association argued that sewage from the park along with development could hurt the environment and lower property values in the area. They also said increased traffic from the park, at Southeast 8th Avenue and state Highway 100, would pose a hazard because of the location at the intersection.

The commissioners unanimously ruled in favor of the developers. The Santa Fe Lake Dwellers Association filed for an appeal Feb. 2018.

Now, a year later, the appeal has been denied meaning the original decision will stand, allowing for the construction of the park. The only way the ruling can change is if the district court approves a rehearing and a reversal vote by the commissioners.

Macomber said since the commissioners have originally voted against the neighborhood association, it is not likely the outcome will change.

“Of course we are hoping for the best though,” Macomber said.

Bradford County Commissioner Danny Riddick said he will not change his vote in favor of development.

Esson declined to comment on any details regarding the construction.

Tom Germano, a local activist who opposes the development, said the location and plan for the park will detrimental to the area.

“We’re not against an RV park,” Germano said. “But they should find another place for it.”