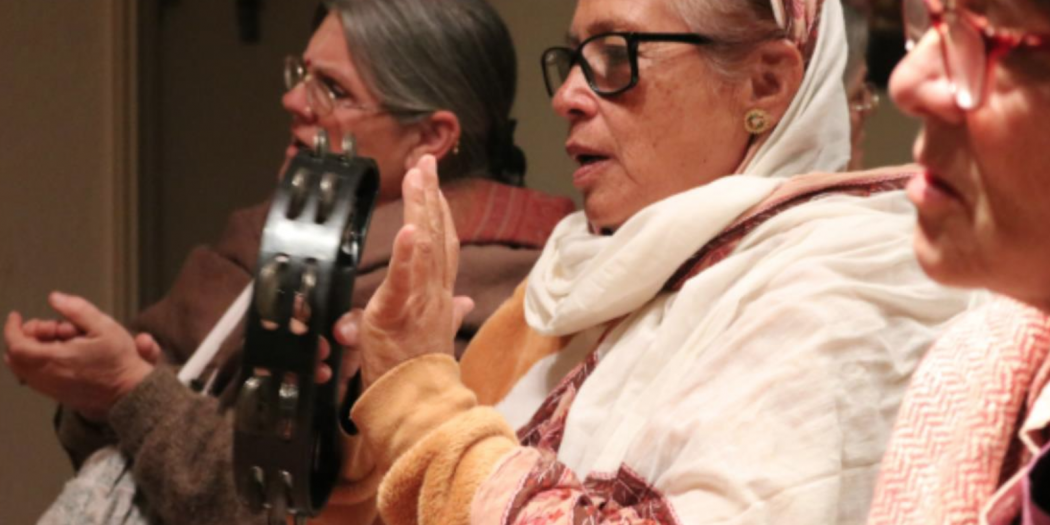 SanctuaryAlachua Opens As Place of Empowerment for Women, Children

A new Krishna house opened in Alachua offering a safe haven for women and children in the community.

The nonprofit interfaith community services center, SanctuaryAlachua, located at 13700 NW U.S. 441 in Alachua, is offering events and classes to empower women and children.

The property that the building is located on had not been in use for a decade and instead of selling the property, the owner and director, Gaura Purnima, known as Mother Gaura, decided to convert the building into SanctuaryAlachua, according to Maha Mohini, networking director.

The center acts as a sanctuary in that it is a safe, sacred place that enforces an ahimsa (nonviolent) environment, according to Krsna Jivani the manager of SanctuaryAlachua.

SanctuaryAlachua is owned and managed by people from the Krishna community, however the house, services and classes are open to everyone in the Alachua community.

The Krishna movement started in Alachua County in the 70s, when the founder, A. C. Bhaktivedanta Swami Prabhupada visited Floirda. In the 40 years since Prabhupada visited, the community has expanded to over 1,000 followers in the Alachua area, according to Mother Gaura.

Mother Gaura spends half of the year in Vengavi, India, working with underprivileged children and teaching them and their parents about self-defense and about sexual assault.

Her teachings in India are also carried over to SanctuaryAlachua. There are classes for children’s self-defense and tutoring.

Profits from SanctuaryAlachua go towards supporting Vrindavan Child Protection, an organization in India that has a focus on protecting and supporting victims of child abuse as well as preventing abuse in the community, according to Krsna Jivani.

The center also acts a meeting ground for women to come together and support each other.  While the center is not anti-men, and does offer events that include men, it is a safe place targeted towards women.

“Although we are open to and want to include our entire community, we also believe strongly in women empowerment and want to provide a space for women in our community to have a voice and feel safe and comfortable in using it,” said Krsna Jivani. “We are offering New Moon Gatherings exclusively for women every month. These gatherings are for women to connect, and support each other and to help each other feel empowered.”

More upcoming events in the next month include a “Sage Gathering – To Honor the Truth of Womanhood” on Thursday and a Kid’s Day Open House, at a date to be determined in March, according to Krsna Jivani.

Weekly classes at SanctuaryAlachua are holistic healing classes such as Bhakti Yoga, belly dancing fundamentals, Odissi Dance and martial arts self-defense for both adults and children.

Jessica is a reporter for WUFT News who can be reached by calling 352-392-6397 or emailing news@wuft.org.
Previous County Affirms City’s Choice on Grace Marketplace Management
Next Feb. 20, 2018: Afternoon News In 90