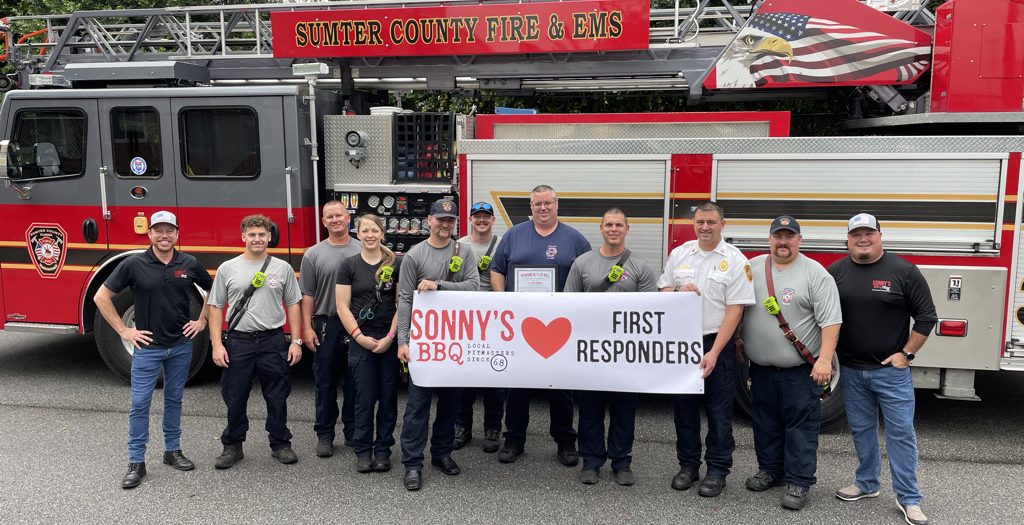 “It’s an opportunity for us to really highlight individuals or organizations that are cut above,” said Kennon Adkinson, the Chief Kindness Officer for Sonny’s BBQ.

The resolution states that “first responders include professional and volunteer fire, police, emergency medical technician, and paramedic workers in the United States.”

Sonny’s BBQ is providing pulled pork, chicken, macaroni and cheese, and sweet tea to 100 first responders at the Wildwood Public Safety Building located at 7361 Powell Rd. Even those on active duty can stop by and pick up food during their shift.

The two Sumter County first responders were nominated through the “Random Acts Of BBQ” initiative, which anyone can partake in.

“They really take the extension step to give back and donate their time and help the community and become involved with the rest of their units,” he said.

Adkinson said Sonny’s BBQ has hosted these “Random Acts Of BBQ” for about eight years, but this is the first year they’ve taken an event to the Wildwood Public Safety Building.

“Here at Wildwood it is our first time, but hopefully not our last,” he said.

Publicity is not the goal of the event, Adkinson said. Sonny’s BBQ wants to genuinely thank and honor the first responders who serve the Wildwood communities.

“Every day you have an opportunity to see a police officer or a firefighter or an EMS, but how often do you actually thank them for what they do?”