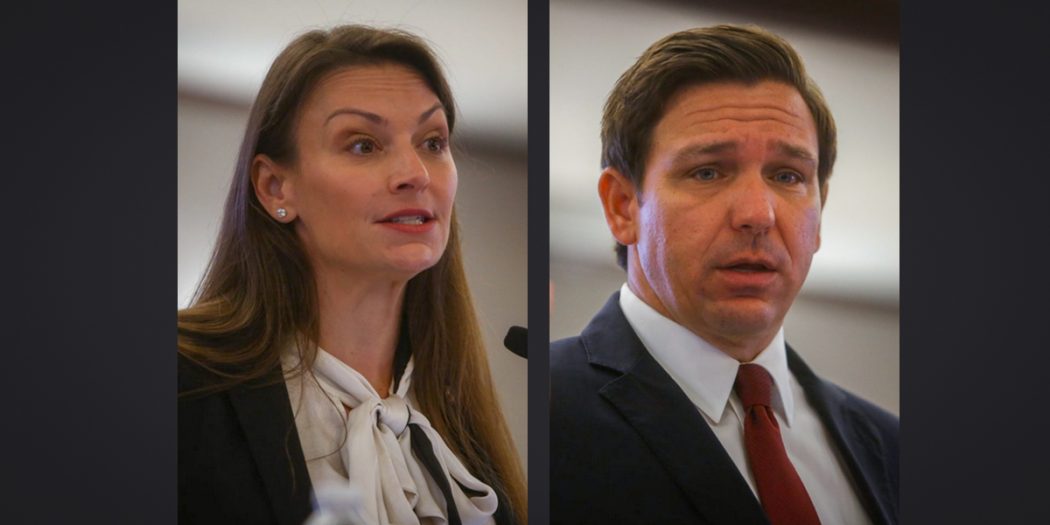 TALLAHASSEE — In a possible prelude to Florida’s upcoming gubernatorial campaign, the state’s only Democrat holding statewide office took a shot at Gov. Ron DeSantis in a campaign-style video released Tuesday that cast the Republican as unempathetic amid a deadly pandemic and a loyalist to former President Donald Trump.

In her 1-minute video, Florida Agricultural Commissioner Nikki Fried did not do what many expect her to do sometime in the coming months: Announce a bid to challenge DeSantis for the governor’s mansion in next year’s election.

“This is a signal: Game on,” said Susan MacManus, a professor emeritus of political science at the University of South Florida. “It’s clear, when someone releases that kind of video that they are signaling they are running for higher office.”

A political operative working for Fried teased the video on social media ahead of its release. For those expecting Fried to make a major campaign announcement, the video was a letdown.

But even if she fell short of making an announcement on a bid, it set off more speculation and could accelerate the jockeying within a Democratic field considering a run against DeSantis.

In her video, Fried calls it “a dark painful time for our state” because of the coronavirus pandemic.

“While he lashes out at everyone else as if he’s the victim, we all know who the real victims are – every Floridian who has lost a loved one, lost a job, lost a way of life,” Fried said. She goes on to suggest that DeSantis’s handling of the pandemic has made things worse.

“This has been so much harder than it had to be,” she says, “and we know why – blind allegiance to an insurrectionist.”

By that, Fried was clearly referring to Trump – who was acquitted earlier this month by a divided U.S. Senate on an article of impeachment charging him with inciting the Jan. 6 insurrection at the U.S. Capitol.

The governor’s office declined to respond to Fried’s video, which was produced by a political committee.

The Republican Party of Florida, however, returned fire.

“Floridians deserve the best and Gov. DeSantis has delivered by keeping the Sunshine State safe and open amid a global pandemic,” said Helen Ferre, a former spokesperson for the governor and now the executive director of the Republican Party of Florida.

“The empathic approach toward dealing with a pandemic is battling it effectively,” Ferre said, “and headlines now reflect that under Gov. DeSantis, Florida got it right. Fried should spend more time reading up on the issues rather than reading a teleprompter for videos that do nothing to save lives or livelihoods.”

DeSantis has yet to officially announce a reelection bid, but he is widely expected to do so in the months ahead.

The Democratic field has yet to congeal as potential candidates float their names among party activists and donors – and begin to build name recognition among Floridians across the state.

All statewide offices, including the governorship, are up for election next year – as is the U.S. Senate seat now held by Marco Rubio.

The Associated Press is a wire service to which WUFT News subscribes.
Previous Alachua County, Gainesville Leadership Meet to Discuss Emergency Radio Broadcast Deal
Next The Lede || Season III Episode I: COVID-19: Where Are We Now