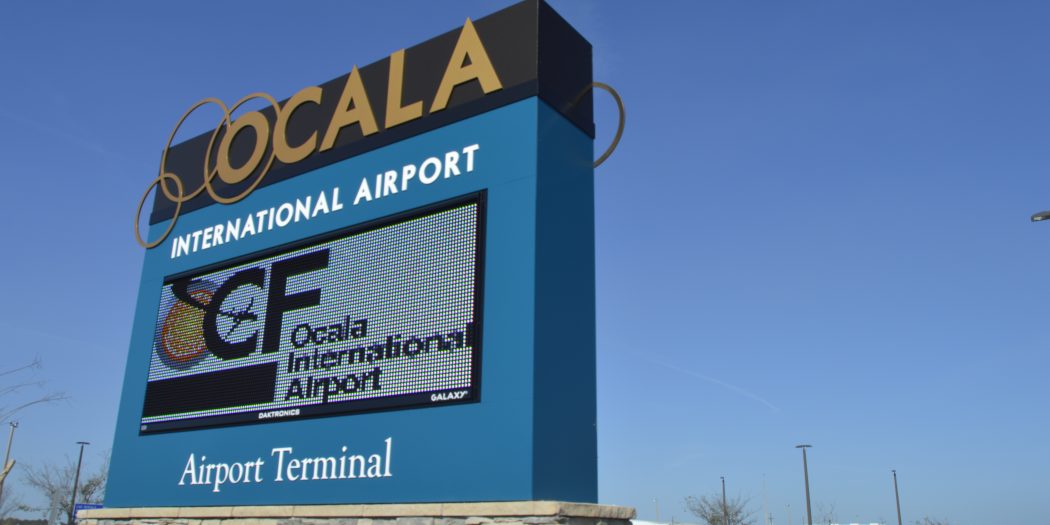 This story is a part of Untold Florida, a WUFT News series built from your questions. Jerry, an audience member asked us, “Is Ocala planning on any airline service for its airport? It seems that the new control tower was built there for no reason or for future expansion that may never come.”

Ocala’s International Airport plans to formally open its new general aviation terminal to the public on Feb. 28, marking a period of growth for the facility.

But for longtime Ocala residents like Jerry Purpura, catching a flight still involves a neighborhood carpool.

“I’ve been living here for 30 years, and I have seen everything grow but the airport,” he said. 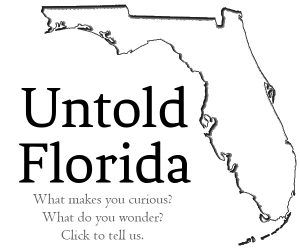 Purpura travels from Ocala to Orlando and back for flights to New York once every two months. The trip takes roughly three hours, without considering Interstate 75 and Florida’s Turnpike traffic. He often shuttles residents in need of an airport connection.

“I recently had an elderly woman who was trying to visit her family in Wisconsin,” Purpura said. “An hour-and-a-half drive plus traffic each way to Orlando put a lot of strain on her. There has to be another option.”

Even with Orlando’s airport just over an hour away and Tampa about an hour and a half, Purpura said he’s often unhappy with the higher flight costs, limited destinations and traffic at nearby Florida airports.

“Living out here is like living in the middle,” he said. “You have to spend extra money just to get out of here before you get where you’re going. It gets down to how much you’re willing to spend.”

Pamela Lynn remembers a time when she did not need to add a budget for transportation before heading to the airport.

“I would rather put my money closer to home than spend money on commuter fees,” Lynn said.

Passenger flights began at what was then named Jim Taylor Field in 1968. A total of five airlines have operated out of the airport since 1971. Passengers could fly direct to destinations such as Miami, Jacksonville, and Orlando or use those larger cities to catch a connecting flight.

“The best thing about working there was the people,” former Air Florida ticket agent Deborah James said. “There was something about seeing businessmen and travelers come from all over and pass through our city.”

But one by one, each airline slowly pulled out of Ocala. James said she stopped working with airlines entirely when Air Florida went out of business in 1984. The airport’s last scheduled passenger flight took off in 1987.

In the 1980s, airliners began to abandon smaller stops like Ocala and redirected their focus towards regional hubs in response to deregulation, said Ocala International Airport Director Matthew Grow.

In his 15 years with Ocala International Airport, Grow has seen similar change come to the facility. General aviation traffic at the airport has rapidly expanded over the past 10 years, he said.

A new control tower opened in 2010 to service increased and more diverse air traffic, Grow said. A $7.4 million airport terminal featuring conference rooms, flight planning centers and a restaurant is due to open this month.

Grow said that the total cost of the 17,500-square-foot expansion was funded by a combination of Florida Department of Transportation grants, the airport’s support from fixed-base operator Sheltair Ocala, LLC and the airport’s fund balance. No funds collected directly from the local community were used.

“We didn’t have any vacant space at our old terminal,” Grow said. “With our new terminal, our airport can meet the increasing demands of the community as it grows.”

Despite recent developments, the return of passenger flight to Ocala is not on Grow’s radar.

“If the airlines thought that they could make a buck in Ocala, they’d be here,” Grow said.

Ocala’s City Council has not directed Ocala International Airport to pursue commercial service at this time, he said. But the airport still maintains the necessary facilities and Federal Aviation Administration certification to host passenger aircraft. A new terminal may need to be constructed for passenger flights if commercial planes return.

“It would be a very easy transition to accommodate an airline if we got the word,” Grow said.

Mayor Kent Guinn believes the return of passenger flights may be on the horizon for Ocala at some point over the next 20 years, presuming the region’s population continues to grow. Marion County’s population in 2000 was about 260,000, rose to just over 331,000 in 2010 and has now surpassed 360,000 — a nearly 40% increase over 20 years.

“It makes sense, but it would have to make financial sense for the airlines involved,” he said.  “We would like to have commuter service in the future, but I don’t think that we’re there quite yet.”

Distribution centers near Interstate 75 and the World Equestrian Center are expected to fuel the city’s growth, potentially increasing the need for commercial airlines to help cut down on travel inconvenience.

Still, like many Ocala residents, Guinn said he shares the frustration when traveling south to fly from Orlando.

In the mayor’s vision, Ocala would offer commercial flights to Miami, Atlanta, Charlotte and Dallas. That lineup would mirror the Gainesville Regional Airport’s offerings. The city is currently in initial discussions with two airlines to explore whether this plan could eventually be made a reality, he said, but did not say which ones.

Ocala’s airport is a major component of the city’s economic growth, said Kevin Sheilley, president and chief executive of the Ocala/Marion County Chamber and Economic Partnership.

A top 100 general aviation facility, Ocala International Airport currently deals with a large amount of business traffic, Sheilley said. As Ocala grows as a center of commerce, its airport is expected to grow with it.

“It’s a driver for our community,” he said. “Our metropolitan population is likely to surpass half a million in the next 20 years, and it’s very likely that commercial service will return as we continue to expand.”

To equestrians like Chris Phaneuf, passenger flights in Ocala would be a help for travel from Boston during horse season.

“I’ve been coming down to Ocala for horse shows for the past 10 years and during season, I come every weekend,” she said. “The lack of service to Ocala makes commuting to events challenging.”

“The ability to fly here direct would make it worthwhile to many people,” she said.

However, bringing commuter service back to Ocala may come at a cost to residents in the metropolitan area.

“When you look past the short-term, nothing about bringing commercial flights back to Ocala seems like a good thing,” Summerfield resident and boat tour guide Jason Finser said.

He said traffic congestion will rise and worries about commercial flights to Ocala not guaranteeing any new visitors to the city beyond existing travelers who now fly in from another airport.

Kyle is a reporter for WUFT News who can be reached by calling 352-392-6397 or emailing news@wuft.org.
Previous Woman’s Terminal Cancer In Remission After Receiving First HIPEC Procedure At North Florida Regional Medical Center
Next Feb. 7, 2020: Morning News In 90