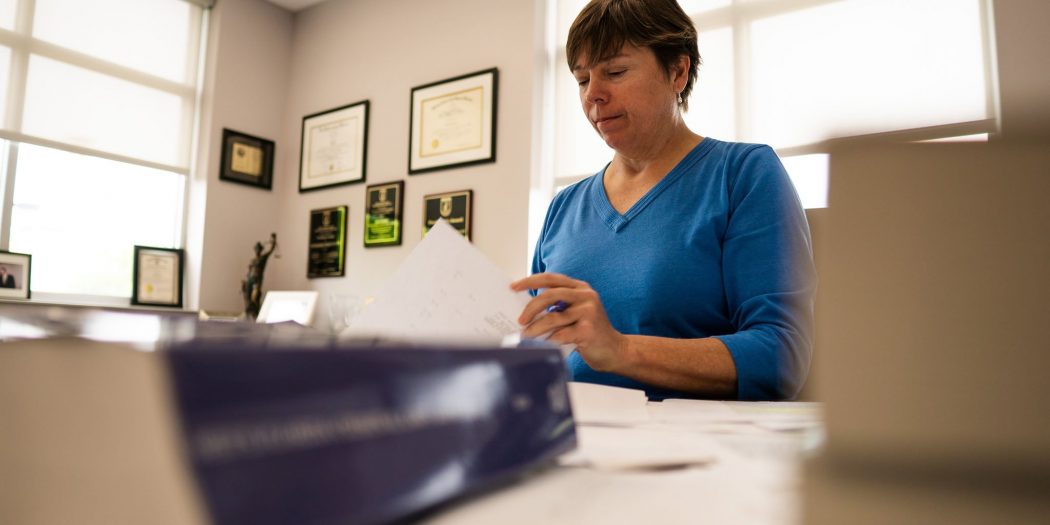 Public defense attorney Stacy Scott was eager to establish participatory defense in Gainesville. "One of the biggest challenges facing public defenders is good client communication," Scott said. "I immediately saw how valuable it would be to our overall client relationship and outcome for clients." (Justin Bright/WUFT News)

The loved ones of those facing criminal trials in Gainesville may now influence the trial’s outcome through an initiative called participatory defense.

The program began 11 years ago in San Jose, California, to combat mass incarceration and humanize defendants in ways that typical court proceedings may not. Community organizers meet with the families and loved ones to educate them about the criminal justice system and to collect information regarding the case that can be presented to the public defender.

Gainesville’s hub for participatory defense —  also called the Legal Empowerment and Advocacy Hub, or LEAH — launched on March 15. The hub’s organizer, Jhody Polk, has spent the past two years laying the groundwork for LEAH.

LEAH meets every Friday evening at Project Youthbuild at 635 NW 6th St. in Gainesville. Gainesville is the first Florida city to have a participatory defense hub. Tennessee, Alabama, California, Pennsylvania and New York are among other states with the community-driven initiative.

The hub also creates biographical video portfolios about the defendants. This is so the judge sees they lead an impactful life in their community and that they aren’t just a perpetrator in a courtroom. By receiving a lesser sentence or parole, defendants are able to rejoin the workforce, return to their families and resume community involvement.

Regina Symonette is working on one of the five cases that LEAH has taken on since its inception. Symonette attended meetings to help her brother, Katwan Symonette.

Katwan Symonette, 21, is facing murder charges in connection to a deadly shooting in 2018. His sister is working to develop a portfolio on him to show there is more to the man than the court docket shows. The portfolio includes letters from people who know him, certificates, diplomas and his history of volunteer home construction work and community involvement.

Symonette has formed a close relationship with her brother’s public defense attorney through her work in participatory defense. She knows that with her brother in jail, it would be more difficult to provide his attorney with this supplemental information.

“A lot of the times, you don’t know that you can help from outside of court,” Symonette said.

Stacy Scott, public defender for the 8th Judicial Circuit, quickly supported the idea of bringing participatory defense to the city. The program fits into her philosophy of holistic defense. This philosophy evaluates the circumstances of the defendant and the impact that the criminal justice system may have on his or her life.

In the traditional model of criminal defense, lawyers are trained to analyze case logs, look at the facts and develop defenses. Some lawyers don’t have the luxury to explain the nuanced criminal justice system to families due to heavy caseloads, Scott said.

“Sometimes what falls by the wayside is the perspective of the client and their family,” said Scott, who has worked as a public defender in Gainesville since 1997. “There is a lot of stress and anxiety from going through the system. The hub is there to help ease that anxiety.”

Justin is a reporter for WUFT News who can be reached by emailing news@wuft.org or calling 352-392-6397.
Previous Push For More Diaper Changing Tables In Restaurant Restrooms Gains Support Online And With Two Florida Lawmakers
Next Gainesville And UF Are Working To Control How Dockless Scooters Come To The City. Their Efforts Might Not Matter If State Legislators Step In