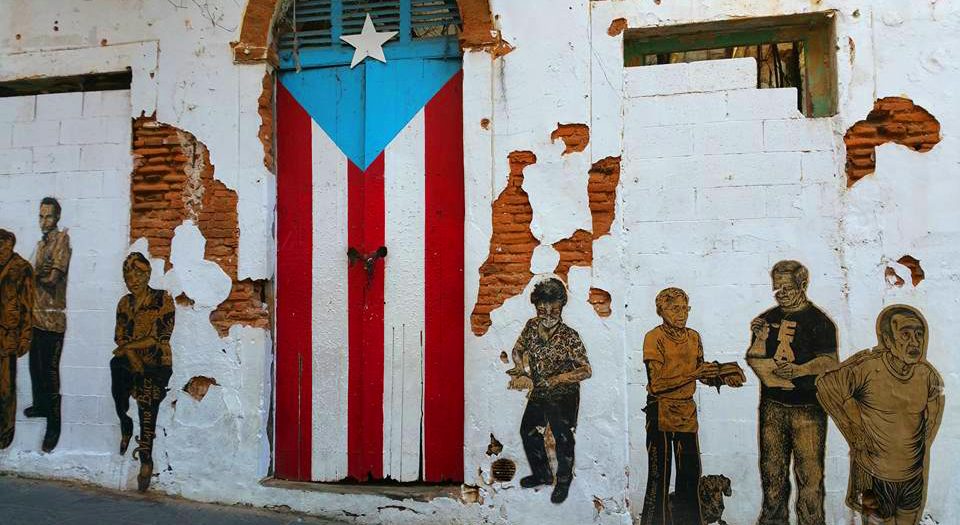 Puerto Rico Is Officially Bankrupt: What Does It Mean?

By Clara Garcia and Nicole Segnini

After more than a decade of economic recession, Puerto Rico is broke.

The governor of the island, Ricardo Rosselló, announced on May 3, that he filed for a bankruptcy-type protection, as established by Title III of  The Puerto Rico Oversight, Management, and Economic Stability Act, known as PROMESA. Congress and President Obama approved this law last year, after the island had been unable to pay its bonds. With this measure, Puerto Rico aims to restructure its public debt that surpasses $73 billion.

“This has been an effort that we’ve been working on, after having an open dialogue and clear communication with all our creditors,” said Rosselló in a press conference. “We’ve arrived to this conclusion because we understand this is the way to best defend the interest of the Puerto Rican people.”

This is the biggest ever debt-restructuring request of a United States territory. Some US municipalities, like San Bernardino in 2012 and Detroit in 2013, had previously declared bankruptcy, but their deficits weren’t as high. Furthermore, Puerto Rico is in a unique position, as it does not possess sovereignty and it’s not a US state, which means it cannot resort to chapter nine of the United States Bankruptcy Code.

Since 2015, the Puerto Rican government has not been able to complete the debt payments to its lenders. The PROMESA law, enacted on June 2016, created a Financial Oversight and Management Board composed of seven members, in charge of supervising the island’s public finances. The board also functions as the mediator between the Puerto Rican administration and the US government.

In the last year, the Puerto Rican government and the board have been trying to negotiate with bondholders in order to reach agreements on how to pay for the loans, but these have been unsuccessful in the majority of cases, according to Phillip Escoriaza, a lawyer and professor of international politics at the Interamerican University of Puerto Rico.

The moratorium or “stay” established in PROMESA prevented lenders from suing Puerto Rico during the negotiating process. However, the “stay” expired on May 1st, leaving the Puerto Rican government little choice but to ask for bankruptcy.

“Title III works as a shield from these lawsuits,” said Carlos Suárez Carrasquillo, a political science professor at UF.

The title III of PROMESA allows the oversight board to ask a special court for a public debt restructuring. That Wednesday, the board filed the petition to the US federal court district of Puerto Rico. Supreme Court Chief John Roberts named federal judge Laura Taylor Swain of Southern District of New York, as the judge in charge of presiding over the bankruptcy process.

Puerto Rican media point out that the restructuring procedure will be a hybrid of Chapter 9 and Chapter 11 of the US bankruptcy code.

“The board, which is the one that presents the bankruptcy in the name of Puerto Rico, has the responsibility of creating a debt adjustment plan, to recommend reductions and a new schedule of payments,” said Escoriaza, adding that, after evaluating the program and hearing the creditors’ criticisms, Judge Swain will have to decide what is going to be the discount of the debt, the payment plans, and which bondholders will have priority.

Puerto Rico’s current fiscal plan, which is intended to serve as the source for the island’s financial decisions over the next 10 years, was approved by the board in March. It sets up a debt payment plan of around $800 million a year. That represents roughly 23 percent of the $3.5 billion that the government would have to pay in order to stay solvent, according to Escoriaza.

“The fiscal plan is already telling the board that they have to cut close to 80 percent of the debt,” he added.

The declaration of bankruptcy will not only affect creditors, but the island’s residents as well.

Puerto Rico has been facing a grave economic crisis for years now. This has been attributed to various factors, among them were the government’s overspending, and some laws passed by the US Congress.

José Toral, an economist from the University of Puerto Rico, said that in particular, the elimination of Puerto Rico in the mid-nineties as a tax haven for certain industries -including pharmaceutical factories- caused thousands of jobs, businesses, banks and dollars to leave the island.

Furthermore, the coastal trade laws established by Congress since the 1920s, regulate maritime trade with Puerto Rico, as well as make the island’s goods less competitive and elevate the cost of living.

US Census data shows that roughly 46 percent of Puerto Ricans currently live under the poverty line. The unemployment rate is over 11 percent, almost three times higher than in US mainland.

In the last year, the government has taken a series of austerity measures as part of their new fiscal plan, which includes cuts in various public spending sectors. The reorganization of the debt, resulting of the bankruptcy declaration, could bring even more reductions.

Experts estimate that the three sectors that could be primarily affected by these changes are the services provided by municipalities, pensions, and the healthcare system.

“In Puerto Rico, the government has, historically, had a protagonic role in the provision of employment and services, so a lot of people depend on them,” said Suárez Carrasquillo, adding that the majority of these are administered by municipalities. “A lot of local governments may be unable to operate, and services that have always been free or paid for through taxes may begin to fail.”

Suarez Carrasquillo also said that some localities could become insolvent, and something as simple as trash collection could be affected.

Similarly, the federal court will have the responsibility to determine the cuts for the pension system, which is currently outdated.

The Puerto Rican government promised that if this happens, they will cover the pensions. The current fiscal plan also sets a scaled reduction of all the payments over $2000.

Escoriaza added that because of the cuts and the new taxes implemented, it is estimated that the island’s economy will not grow until the ninth year of the ten indicated in the plan.

“It is an even more bitter medicine for those who depend on their pension,” said Escoriaza. “Puerto Rico is an island where the median age is increasing, young adults are leaving, people are living longer, so the pension system is collapsing.”

Naturally, some in the island are upset about this. Thousands of people participated in a general strike and protested the measures on May Day, also known as International Workers’ Day.

Last week, the Department of Education announced that it will be closing down 184 public schools by the end of the school year. The government is trying to redesign the education system to make a more efficient use of its resources.

Experts estimate that even with the bankruptcy declaration, it will not be easy to get out of the crisis.

“We are all poorer,” said Toral. “The middle class is reducing. Property prices have been declining, pensions are too low. We are in a position where we are all poor, and we are just gonna get poorer.”

“This also leads to even more inequality,” added Toral.

Suárez Carrasquillo said people shouldn’t forget how US policies have aggravated the crisis.

“The collapse of the economy does not only denote the bad decisions and deficiencies of Puerto Rico, but also denotes the role of the US Congress,” he added.

According to Toral, Puerto Rico does not have the tools to generate economic growth, and it’s going to be very difficult for the island to come out of the crisis without the help of the United States.

On June 11, Puerto Rican residents will vote on a non-binding referendum, the 5th in the last 50 years. They will choose whether they want to be independent, become a US state or maintain their current status as a commonwealth. Nevertheless, Congress has not said whether they will accept the results of the plebiscite.

Estimates suggest that almost half a million Puerto Ricans have left the island in the last decade. Just in 2015, 89 thousand people emigrated to the US, according to the Puerto Rico Institute of Statistics. Puerto Rico’s status as a US territory allows the unrestricted movement of people between both territories.

In spite of the economic situation, many believe this debt reorganization will be positive in the long run.

“It’s like when a bubble bursts,” said Escoriaza. “Now everyone has to live with the consequences of the disaster created by previous administrations.”

“We have to see it as an opportunity to reorganize, redefine, and redirect the island into the possibility of being prosper again,” Escoriaza said.

Clara is a reporter for WUFT News and can be contacted by calling 352-392-6397 or emailing news@wuft.org.
Previous Budget, School Changes Pass As Lawmakers Head Home
Next Critics Call For Veto Of Massive Education Bill