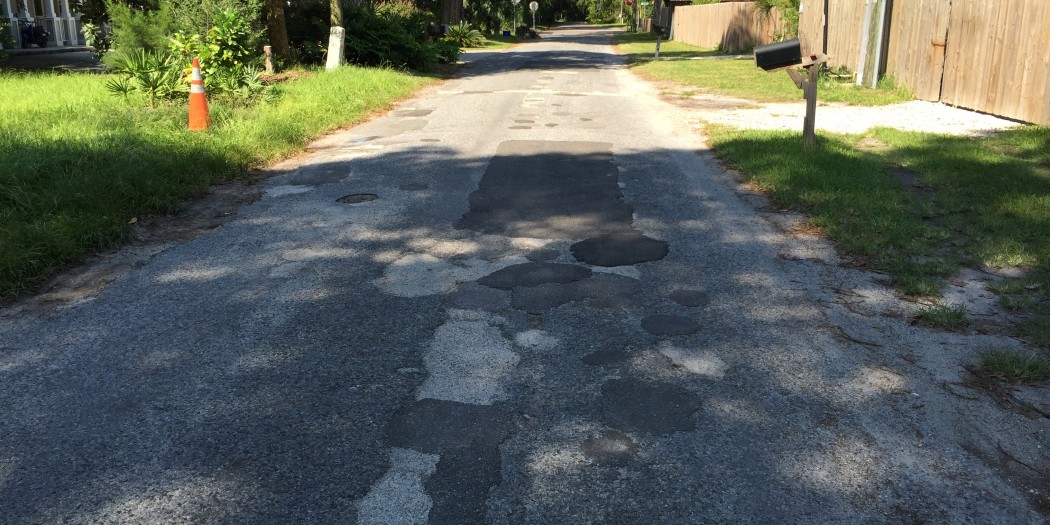 Gainesville’s City Commission authorized the use of money from its years-prior settlement with Beazer East regarding the Koppers Superfund site to fix roadways between Northwest 26th Avenue and Northwest 31st Lane, according to Betsy Waite, project manager for the city of Gainesville.

Waite said improvements will include resurfacing and some drainage repair alongside the roads, among other things.

“Some of the road widths are nonconforming,” Waite said. “We’re widening where we can.”

The project comes on the heels of a settlement in which Beazer East agreed to give the city of Gainesville money to repair soil damages caused by a toxic wood treatment facility which stood from 1916 to 2009. The facility’s site, at North Main Street and Northwest 23rd Avenue, was placed on the EPA’s Superfund list in 1984 and has been subject to a cleanup and remediation project as such.

Pat Cline, a Gainesville technical adviser working under the EPA, said the city pushed for money from Beazer East to go to improvements beyond mere soil replacement.

“We put effort into off-site cleanup,” Cline said. “We’re in support of other improvements being done so that it won’t just be ‘Okay, we replaced the dirt in your yard.’”

Cline said the repairs were originally supposed to be made when Beazer East was conducting its EPA-sanctioned remediation of the Koppers Superfund site, but since a settlement wasn’t reached in time, the company gave the city money to do the job itself.

“Gainesville Regional Utilities wanted to get reimbursed for the money they spent monitoring the process,” Cline said. “Instead of reimbursing [GRU] for paying consultants, [Beazer East] put the caveat that the city needs to spend the money on things like improvements in the neighborhood.”

Debby Simmons, who has lived on Northwest 26th Avenue for over a year and a half, said the road widths and conditions are in dire need of repair.

“It really upsets me because we have a lot of children out here,” she added. “They can’t walk alongside the road.”

Upon hearing about the proposed renovations, Simmons said she looks forward to them.

“My two neighbors and I are always saying ‘Okay, where’s the money for our streets?’” Simmons said. “It’s nice to see that it’s out there.”

Jordan is a reporter who can be contacted by calling 904-477-3727 or emailing jordanmilian6@gmail.com.
Previous Gainesville Man Arrested, Charged with Domestic Battery
Next Tim Tebow Signs Minor League Contract With New York Mets