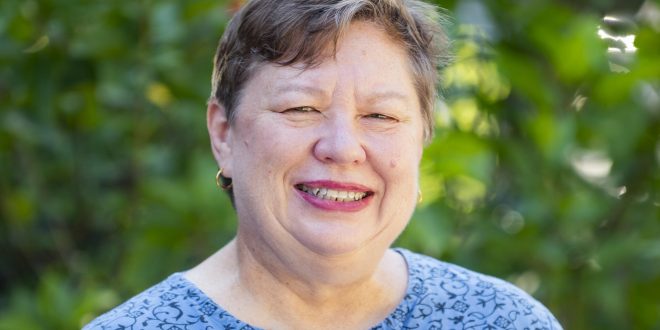 In a matchup between familiar foes, Democrat Mary Alford defeated Republican Raemi Eagle-Glenn to reclaim her position as the Alachua County commissioner for district one. Unofficial vote totals from the supervisor of elections on Tuesday showed Alford holding a victory margin of more than 15%.

Formerly an environmental engineer before entering public service, Alford, 61, previously ran for and won the same position in 2020, defeating incumbent Democrat Mike Byerly with 65.8% of the primary vote. She then defeated Eagle-Glenn in the 2020 general election, securing 62.8% of the popular vote.

“I’ve been preparing my whole life,” Alford said. “It’s the hardest, most humbling, best job I’ve ever had.”

Controversy marked Alford’s first term when an investigation by the Gainesville Sun reported that Alford no longer lived in her district, which encompasses much of southern Alachua County, violating state law.

Alford resigned and was replaced with Eagle-Glenn by Gov. Ron DeSantis. Eagle-Glenn has held the spot since June 2022. Alford announced in June her plans to run to reclaim her seat.

Eagle-Glenn, 42, did not respond to multiple requests for comment from WUFT on Tuesday night, though she did take a moment to celebrate a different outcome on her Facebook page — that of county voters passing the single-member district voting system. With the news of Alachua County transitioning to voting for county commissioners specifically for the district a voter resides in, an avenue for Eagle-Glenn and other conservative candidates to fare better in county elections has opened.

“I will go to bed so happy tonight,” Eagle-Glenn said in a Facebook post. “Systemic change has come to Alachua County.”

Alford led Eagle-Glenn in campaign contributions in their 2020 faceoff, and she surpassed the incumbent in 2022 as well. While both candidates reported lower contributions than 2020, Alford still collected about $3,000 more than Eagle-Glenn.

Alford said she had not yet spoken to Eagle-Glenn.

“I do want to thank her for being willing to take the seat for six months, and I appreciate the work that she’s done,” Alford said.

Back in office, Alford will look to get back to pushing the environmentally focused platform she ran on to win her seat. Affordable housing is one of the biggest issues she wants to tackle.

She said looking for new housing herself this year opened her eyes to how dire the situation can be for many who need steady living spaces.

“It really gave me a lot of empathy for the people that are a lot worse off than me, that have families and are trying to find something they can afford, that’s energy efficient, that’s appropriate to raise children, and is safe,” Alford said. “That’s incredibly rare in this county, and that’s a true crisis.”

Eagle-Glenn, a graduate of the University of Florida’s law school and the sole lawyer of Gainesville-based Eagle-Glenn Law, told WUFT before the election she provided a fresh perspective on the board.

“When we have a monoculture of ideas, when all commissioners are voting the same year after year, that’s dangerous,” Eagle-Glenn said.

Alford celebrated her victory at the Heartwood Soundstage in downtown Gainesville, along with numerous other Democratic candidates running for election. She served appetizers throughout the night — all homemade — after spending most of the day waving signs at voting locations.

An Alachua County native, Alford is excited to get back to her job.

Carson is a reporter for WUFT News who can be reached by calling 352-392-6397 or emailing news@wuft.org.
Previous See who won Florida’s 2022 state House and Senate seats
Next Keith Perry wins District 9 Senate race with commanding majority over Rodney Long