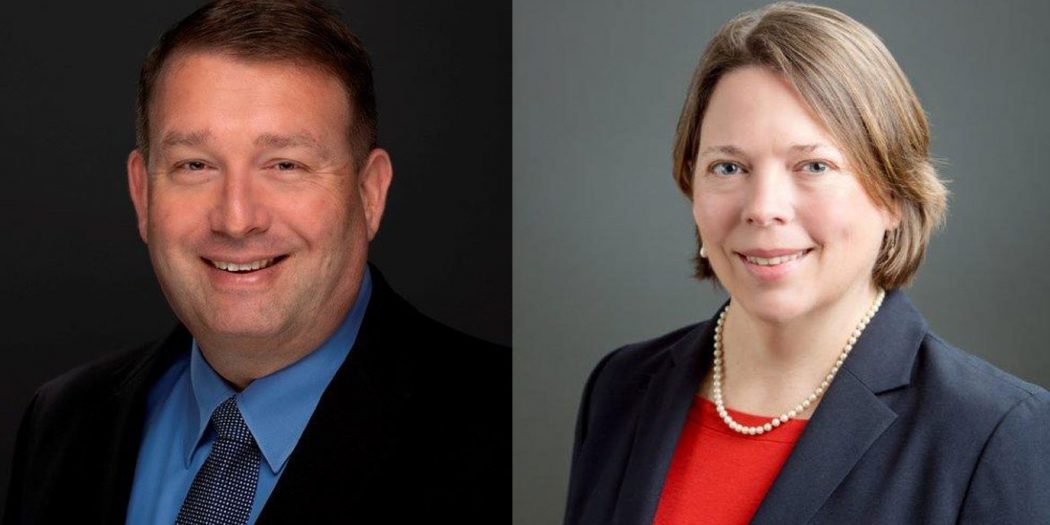 With the finalization of its budget Tuesday evening, Alachua County made the joint-effort of state attorney Brian Kramer and public defender Stacy Scott a historic reality: Florida’s Eighth Judicial Circuit will become Florida’s first judicial circuit to integrate equitable sentencing software as an official part of its case management system and plea-bargaining process. Roughly 95% of cases are settled in plea negotiations.

“We feel like this is an important step forward in trying to create more parity in our criminal justice system so that there aren’t these disparate sentences that exist today,” Scott said when she and Kramer presented the system to county commissioners Aug. 2.

Known as the Equity in Sentencing Analysis System (ESAS), this fairly new software provides legal practitioners with a searchable database of statewide sentencing data from the Florida Department of Corrections going back to 1998. It enables them to analyze past sentences that people with similar criminal backgrounds have received for similar crimes.

“That dataset is going to provide the lawyer things like the mean, the mode, the median,” Kramer told WUFT. “So that’s giving the lawyer data upon which to say, ‘OK, is this situation that I’m looking at, is it less serious than the average? Is it more serious than the average? And it gives them a starting point from which to develop a sentence that hopefully eliminates some of the inequities in the criminal justice system.”

Scott further reiterated this, adding that the sentencing data would allow for more honesty and consistency in plea negotiations, “instead of the way we’ve always done it, which is just sort of somebody’s gut feeling about what should happen.”

Its initial integration into the current system will cost Alachua County $73,000, followed by an annual subscription cost of roughly $23,000 for each office. But the software’s owner, Al Barlow, said he didn’t create it to make money.

An attorney with 37 years of legal experience, Barlow was motivated by unfair sentencing he had encountered first-hand and presented the concept behind the sentencing analysis system to the Senate Judiciary Committee in 2017. He was looking to give the software to the state of Florida if the committee set him up with a programmer, but he didn’t receive the response he had hoped for.

“They thought I was an alien. They kind of blew me off,” Barlow said. “I came back to Jacksonville, and I got with this programmer and another guy, and we built the software ourselves.”

And so his company, Technologies for Justice, was born along with his sentencing database. Barlow’s ensuing analysis, powered by this new software, showed him that the sentencing guideline system established by the Criminal Punishment Code in 1998 fails to ensure equitable sentencing across Florida. And he said ESAS could serve as a means to audit it.

Some attorneys, Scott and Kramer included, said ESAS is not the end-all-be-all. To them, it’s one of many factors worth considering when determining fair sentences. Still, Kramer saw something in Barlow’s software that other state attorneys haven’t acted on: the potential to combat intrinsic bias.

“Does it eliminate bias? No, not at all, because you can’t eliminate bias,” Kramer said. “But what it would do is give us an unbiased starting point. And then we could work from there to try and make those adjustments upward or downward as appropriate.”

Until now, Florida prosecutors have almost entirely avoided this sentencing analysis system: Barlow said there was one other state attorney’s office that contacted him, piloted ESAS but ultimately never used it. Defense attorneys are generally the ones who use it to reduce sentences, according to a spokesperson for the Eighth Judicial Circuit.

Even among all Florida attorneys, the software isn’t well-known. Only 150 are currently registered to use it, with some others occasionally performing one-time searches, Barlow said. (Note that over 100,000 people are currently registered to practice law in Florida, according to the Florida Bar.) And he estimated two-thirds aren’t even aware of it.

Barlow also said software like ESAS doesn’t seem to exist outside of Florida. He said he receives calls from lawyers in Washington, New York, Seattle and all over the nation who are shocked to hear about such technology.

“Florida is on the cusp of doing something very, very special,” Barlow said. “If it works half as good as we know it can, Gainesville will set a precedent for equitable sentences that the whole nation can follow.”