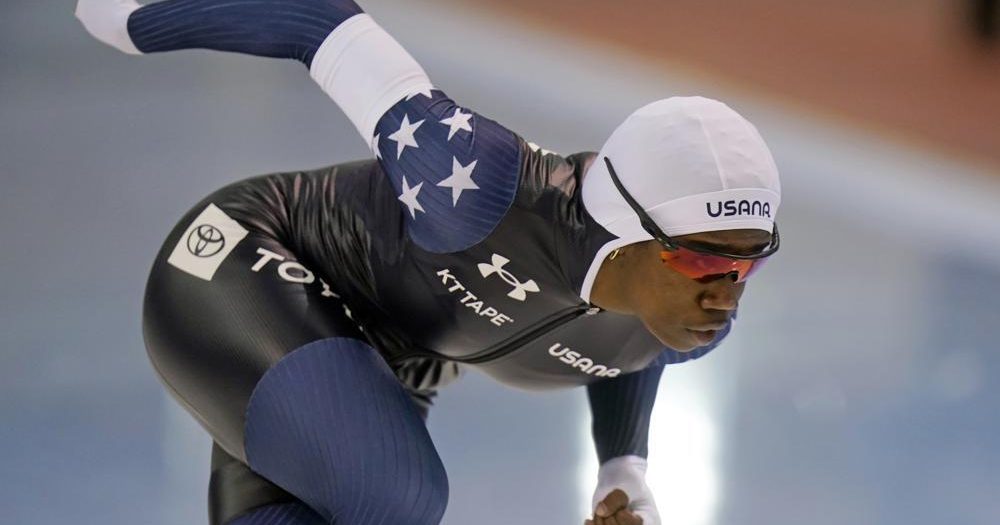 “It’s like a dream come true,” Jackson said. “I wouldn’t have predicted this a year ago.”

After slipping at the U.S. Olympic trials and failing to finish in the top two in any of her events, going to the Beijing Olympics this year did not seem possible. That is until one of her teammates and fellow Ocala skater Brittany Bowe, who qualified in three individual events, gave up her spot in the 500 meter so Jackson could compete. A second shot at this race led Jackson to become the first U.S. female speedskater to win individual gold since 1994. With the win, she also claimed the title of the first Black woman to win a medal in speedskating.

Here are the three athletes and their upcoming events/results. Additional results will be added after each race.

Brittany Bowe is a three-time Olympian and seven-time world champion in speedskating.

At the age of 8, Bowe took up in-line skating in Ocala, soon becoming a well-known figure in the sport with 32 inline world championship medals. She played Division I basketball at Florida Atlantic University from 2006 to 2010 and chose to pursue speedskating in 2010 rather than trying to play basketball professionally.

In the 2022 Beijing Winter Olympics opening ceremony, she served as a flag bearer beside five-time Olympic curler John Shuster. Although Bowe was ranked No. 2 in the world in the 1,500 meter heading into the 2022 U.S. Olympic Trials, she placed 10th in the 1,500 meter in Beijing.

At the age of 10, Erin Jackson took up in-line speedskating in Ocala. In 2017, she traded her rollerblades for a pair of ice skates.

After just four months of training, Jackson qualified for the 2018 U.S. Olympic Team, becoming the first Black woman to make the U.S. Long Track Olympic team. She placed 24th during the 500 meter in the 2018 Pyeongchang Olympic Winter Games.

After a 2021 World Cup season that saw Jackson win nine medals, including five gold, she nearly missed the 2022 Winter Olympic Games. At trials, Jackson finished third in the 500 meter and 1,000 meter, and placed sixth in the 1,500 meter. Teammate and fellow Ocala native Brittany Bowe won all three of those events but decided to relinquish her spot in the 500 meter, which allowed Jackson to compete in Beijing.

Erin Jackson advanced to 1,000 meters but did not end up participating.

Joey Mantia is a three-time Olympian who started professional in-line skating at 17. His inline accolades include 28 world championship titles and over 90 national titles. Around age 25, Mantia decided to take on speedskating.

Madison is a reporter for WUFT News who can be reached by calling 352-392-6397 or emailing news@wuft.org.
Previous The opioid epidemic continues to plague north central Florida communities
Next Inflation causes small businesses to grapple with changes

President Biden's remarks are expected to begin Wednesday at 10:35 a.m.