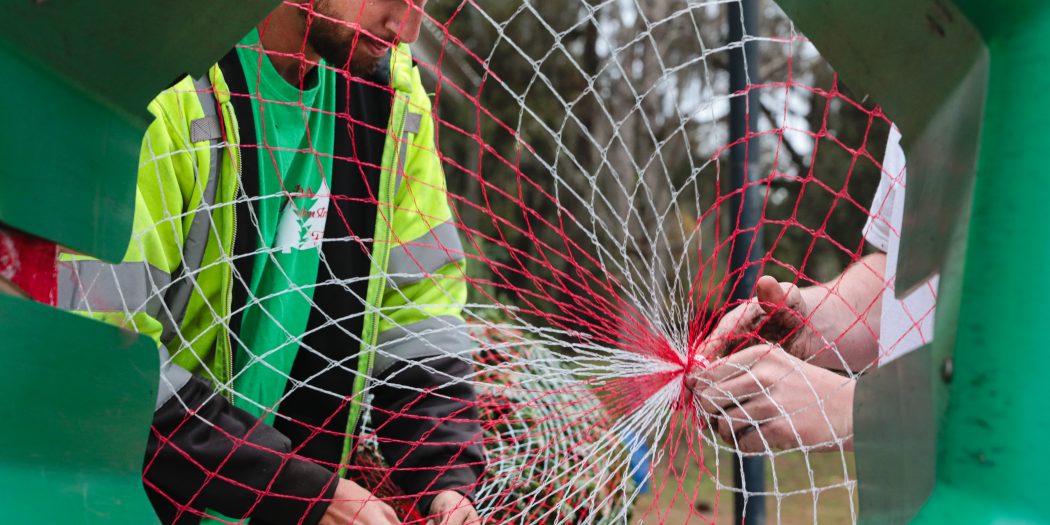 If you haven’t thought about how you’ll get your Christmas tree this year, now might be the time.

Jami Warner, the executive director of the American Christmas Tree Association of West Hollywood, California, said that while every family who wants a tree will be able to find one, finding the perfect tree will likely be more difficult than usual.

“Consumers might find it a bit harder to find exactly what they’re looking for,” she said.

Warner said increased incidents of flooding, fires, drought and extreme heat have put a strain on growers in the Pacific Northwest, the country’s leading region for Christmas trees. Farms across the country that rely on this region may face inventory problems.

Those looking for an artificial tree might also find trouble as many Christmas decor items remain stuck in ports and sitting on container ships. Warner said only about 43% of the supply that retailers expected to be in the country by now has made it onshore.

Experts have encouraged people to buy trees, gifts and other Christmas necessities as early as possible this year. President Joe Biden also announced in October that his administration was working with major ports in Los Angeles to help clear up logjams ahead of the holiday season.

Reports of Christmas tree shortages have surfaced every year since at least 2014. At least one expert, a professor of horticulture and forestry at Michigan State University, Bert Cregg, said there should be plenty of trees for consumers this year.

Any problems, he said, will be felt most by tree lot sellers who run out of their initial supply and have waited too long to order more.

“If you’re a consumer, this guy in the corner lot sold out, but you could still go over to this next lot,” he said.

Some have attributed the decline in Christmas tree farms to older farmers aging out of the industry, with not enough younger farmers taking their place. Cregg said that while he hasn’t seen many new wholesale farmers – who harvest 40,000 to 50,000 trees a year – he has seen farmers pick up the practice as a hobby after noticing price increases. Still, the majority of larger farm owners skew older.

“When you go to these meetings, there’s a lot of gray hair. There’s no doubt about it,” he said.

Christmas trees take, on average, 10 years to grow. During the Great Recession from 2007 to 2009, there was a decrease in both holiday spending and the amount of trees farmers planted. This combination led to a decreased output beginning in the late 2010s.

Tom Utsman, a farmer at Santa’s Christmas Tree Forest in Eustis, Florida, said he also began to feel the effects of these shortages beginning a couple years ago.

Utsman counts himself lucky that his farm has a stable relationship with its supplier in North Carolina, but he has heard stories of other local farms struggling. He said farmers who wanted a northern tree shipped to them would have had to find their grower back in June or July.

“This year, I’ve heard about some cutthroat stuff,” he said.

Tom Gibbs, a farmer at Gibbs Christmas Tree Farm in Citra, Florida, has seen his farm grow steadily, selling close to 500 trees last Christmas. He said a lot of farms in the North aren’t taking new consumers, leaving anyone who decided to start too late out of luck.

Last year saw demand for Christmas trees skyrocket, with many families isolated at home due to COVID-19. Warner sees something similar taking place this year. Looking ahead, she said that she doesn’t see the supply chain logjam sorting itself out for at least six months, and she hoped next year’s holiday season won’t be affected.

“It’s a big, big problem, and I’m glad that I’m not the one trying to figure it out,” she said.

This story was produced by Fresh Take Florida, a news service of the University of Florida College of Journalism and Communications. The reporter can be reached at thomasholton@ufl.edu

Thomas is a reporter for WUFT News who can be reached by calling 352-392-6397 or emailing news@wuft.org.
Previous The Point, Dec. 9, 2021: These are the details of the new UF football coach’s lucrative contract
Next Pandemic continues to impact food pantries