Will Frazer, the team’s coach, said this year was different than most. They only had state and national competitions.

“Normally there are a lot of math competitions during the year,” Frazer said. “They were canceling everything, so we decided that we were just going to focus on state and nationals.”

Frazer says the team’s success came from constant training throughout the year.

“Nobody was really traveling on 3-day weekends, so we just kept plowing. We worked hard, and the kids really wanted it, especially after not having traveled much in 2020,” Frazer said.

Frazer also says a lot of the competition quit this year, which also contributed to the team winning. Kevin He, a rising senior who joined the team in 2016, says he and the team performed very well.

“I worked hard like everyone else,” He said. ” On that day, I was able to stay more sharp and get just a bit of an edge over [the competition] and claim first.”

The team achieved first place in 31 of the total 39 events.

“So, I wasn’t the only one who did really well,” He said.

He remembers being shocked by the team’s record-setting margin of a victory.

“I don’t think this 900-point win will ever happen again,” He said.

He also believes that Buchholz is strong enough to win again next year despite losing good seniors.

Jensen is a reporter for WUFT News who can be reached by calling 352-392-6397 or emailing news@wuft.org.
Previous The Point, July 28, 2021: Florida University Presidents ‘Strongly Recommend’ Students Get Vaccinated
Next In-State College Tuition Program To Help Grandparents Lure Grandkids To Florida 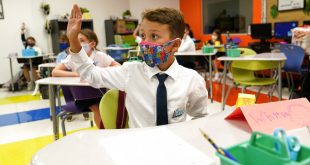 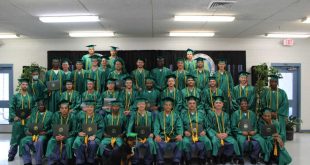