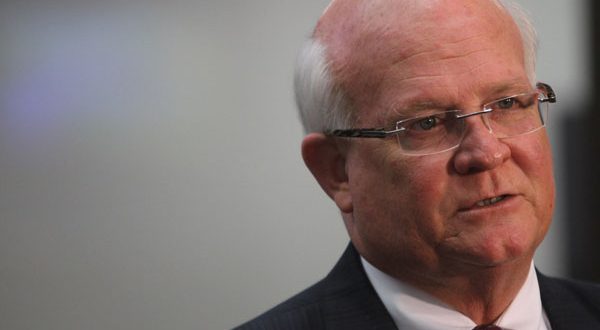 Florida legislators reversed course on a plan that would have limited the state’s popular Bright Futures college scholarships after a public outcry and concerns by Republican Gov. Ron DeSantis.

The proposal, from Sen. Dennis Baxley, R-Ocala, would have limited scholarships to students in fields considered lucrative, although lawmakers were careful never to specify which college degrees they considered less valuable. The scholarship program currently funds either 100% or 75% of tuition and fees for high-achieving, in-state students.

A new version of Baxley’s bill, passed by an education appropriations subcommittee this week, would require students to view a dashboard after their first year of college that shows the career prospects for their major.

The effort to limit state-funded scholarships was consistent with Republican efforts to control spending and steer more students into career and technical education programs after high school to limit student debt. DeSantis, a Harvard-educated lawyer, said that could avoid what he once described as a path to “go $100,000 into debt, get a degree in zombie studies and then end up in a job you could have had out of high school, anyway.”

But the latest effort in the Capitol collided with concerns among Florida students and their families – many reeling from the economic fallout of the pandemic – about how to pay for college without scholarships.

DeSantis, who faces re-election next year, said earlier this month he supported the scholarship program, the day after the education committee passed Baxley’s original bill. All votes on the bill have followed party lines so far, with Republicans in favor and Democrats not. The governor’s remarks were widely seen as a signal to lawmakers to back off.

“Bright Futures is something that Florida families have relied upon,” DeSantis said at a news conference. “It’s something that I support. I fully funded it in my budget, and we hope the Legislature follows suit with that as well.”

Baxley, who founded a funeral services company and earned a bachelor’s degree from Florida State in psychology and sociology, said he received more than 2,000 communications from students, families and educators opposing his measure.

“We want students to have a well-rounded education, but we also want them to have viable career paths as they leave college,” he said during the hearing on Tuesday.

Another provision removed from the bill would have limited Bright Futures funding to students coming into college with a large amount of credits from high school. Florida students are encouraged to take advanced classes such as AP, IB, dual enrollment and Cambridge for college applications and credits.

Florida Bright Futures is funded by the Florida Lottery and was intended to keep talented students within the state for their education and career. Critics of the bill were concerned about potential consequences – and said they remain worried.

During hearings, they said the bill would hurt people of color or lower socioeconomic background, create academic monopolies as students veered toward subjects that would be covered, and cause a “brain drain” as successful students left the state.

“Allowing students to choose their paths whether they’re STEM, education, liberal arts or anything else will lead to a more productive and well-equipped, diverse and impactful workforce,” said Xavier McClinton, Florida Agricultural and Mechanical University student body president during a Senate hearing last week.

Sen. Audrey Gibson, D-Jacksonville, a former Senate minority leader, expressed concern over professions such as teaching, which are needed more than ever but known for low salaries. She questioned whether the dashboard required in the bill would discourage students going into such industries.

“There are other areas in state employment and public employment that it seems to me we are trying to steer students away from. I think that is very, very dangerous,” said Jackson, who earned a bachelor’s degree in criminology at Florida State and works as a paralegal and in public relations. “Obviously, my family let me decide what I wanted to major in and not a board of governors.”

Sen. Janet Cruz, D-Tampa, worried that the amended bill would allow for budget cuts later. The committee rejected her amendment to restore a statutory requirement for the state to pay what has always been agreed upon.

“Ironically, at times, the Legislature purports to know what is best for the people, but sometimes we fail to heed our own advice,” she said.

This story was produced by Fresh Take Florida, a news service of the University of Florida College of Journalism and Communications. The reporter can be reached at arubin@freshtakeflorida.com