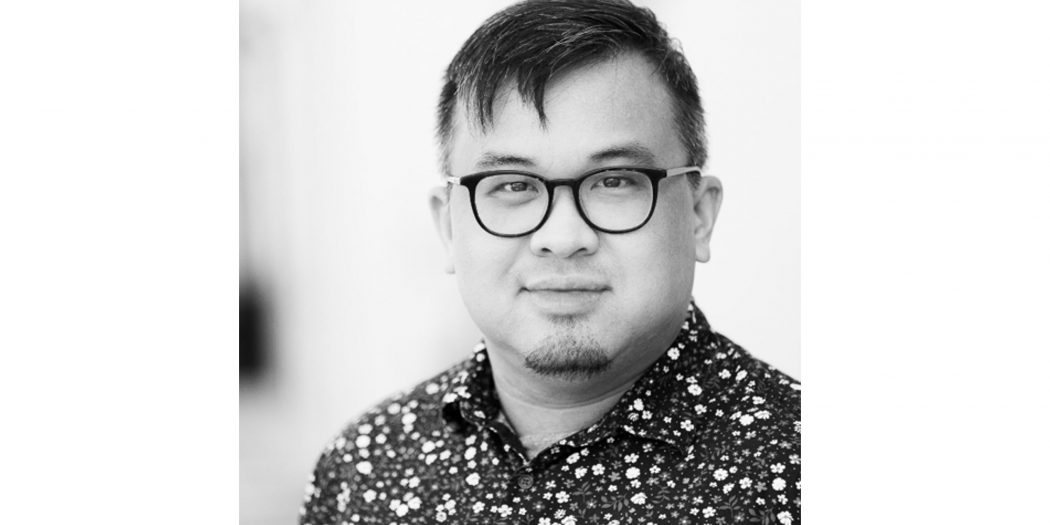 Behind The Screen: Ken Eats Gainesville On Life Before, After Pub Sub Controversy

Ken Peng regrets looking through the Gainesville community Reddit thread Thursday afternoon. He knows he should have resisted the temptation.

At the top of the page read the thread’s title: “people still support this clown?” The comments worsened as he scrolled lower.

“He messaged me on a dating app. He was awful.”

“[Ken] sexually assaulted someone… with his written words.”

The comments came in response to Peng’s post of a salacious message he attached to his online order for a Publix chicken tender sub. Peng is most commonly known not by his real name, but as Ken Eats Gainesville, the unyielding, unbothered, totally honest food blogger.

Peng issued an apology for the message on his website. He also went back to the same Publix the next day. He didn’t know who made the sandwich, but he left his phone number with the store manager and said to reach out if anyone took offense to the comment.

Hateful messages poured in, and Peng initially insisted he was “not going anywhere.” It was only a couple hours later that the Reddit thread launched him into a state of panic, causing him to mute his Instagram and Facebook pages. He also decided to take a break from writing reviews.

Local marketing consultant Freddie Wehbe said controversies like this one usually die down within six to eight months, at which point he predicts Peng can return completely healed from the bad publicity.

“The ones affected by this are loud, but I don’t think it’s a big quantity of people,” Wehbe said. “The people who follow Ken trust his food instinct, and at the end of the day, he’s a good food critic.”

Through consumer surveys, Wehbe knows that Peng’s blog is one of the top three places Gainesville residents look for food recommendations. The other two are Google and Yelp.

“If anything, it’s a good lesson for him and other folks,” Wehbe said. “You can’t be good 99% of the time. It has to be 100% because if you fumble, people are going to hammer you.”

Before this controversy, Peng didn’t get nervous often. He is aware of his local celebrity status, but he says he’s just an average guy with a smartphone camera like the rest of us.

Peng created his alter ego, Ken Eats Gainesville, seven years ago. Before he muted his social media pages, his Instagram account had almost 15,000 followers and his Facebook page had over 20,000 likes.

Peng shows himself in his posts often enough to be recognized — you could find a picture of him on Instagram in late August caressing a crusty baguette with his cheek, sitting in front of four little metal bowls of multicolored sauce. He looked like he could fall into a deep sleep at any minute, using the bread as a pillow.

Nataly Meth, co-owner of Cilantro Tacos, credits Peng’s glowing review of the restaurant for the foot traffic that allowed her to move the restaurant from its original location in downtown Newberry to its current, more favorable spot in Tioga Town Center.

She said she was shocked by both Peng’s Pub Sub message and the backlash he received.

“I think the message was distasteful, but he’s always been professional and polite,” Meth said. “At the same time, I don’t think it’s fair to drag someone’s life because of one comment.”

In response to claims that Peng only gives good reviews to places he gets free food from, Meth said in her experience, that is untrue.

“If we snuck something extra in his to-go bag, he would come back the next day to pay for it,” Meth said. “For the past six years if we tried to comp him, he would put a huge tip in our jar.”

Peng’s following gave him the credibility to tell the raw truth about the meals he ate.

Luke’s New York Bagels, for instance, were just OK, Peng said. They could use a little salt.

Bagel shop owner Luke Vescovi took the criticism in stride and invited Peng back several times for feedback on variations of the bagel. Once the bagel was perfected, Peng couldn’t stop talking about Luke’s.

“We owe a lot of our success to Ken,” Vescovi said. “The best self-reclaimed food critics don’t have a filter, and that’s exactly what he is.”

Now, the line at Luke’s New York Bagels snakes around the building each morning. Vescovi declined to comment on Peng’s self-imposed leave from social media.

Other restaurateurs don’t take so well to Peng’s constructive criticism. The owner of now-closed Backstreet Blues Chophouse smeared Peng after he gave the steakhouse a negative review. According to Peng, the owner said Peng “sucks and has no taste,” but still took Peng’s advice by changing the restaurant’s cheap-looking decor, which he said looked like it came from T.J. Maxx.

Peng became familiar with haters long before the Pub Sub scandal. When his phone illuminated with a comment notification from a “whiny” follower, he was distracted. Mean comments like this one used to surprise him, but he learned to not take most of them to heart. He shrugged as he responded to the comment, reasoning the squabble would only result in more engagement on his page.

Before Ken was eating Gainesville and arguing with online trolls, he lived in Little Havana, a neighborhood of Miami, with his two younger siblings and his parents.

Peng’s parents immigrated to the United States from Hong Kong in 1985, and he was born one year later. His father worked at a butcher shop before opening Chung Hing Oriental Market in 1992.

As Peng grew, the aisles of his father’s Asian food supply and supermarket chain seemed to shrink. But Peng acquired a knowledge of Eastern foods rarely seen in American supermarkets. He didn’t know other kids who had tasted preserved plums and durian fruit.

Peng’s classmates scrunched their noses in disgust at his slimy noodle and porridge lunches while they munched on peanut butter and jelly sandwiches. Peng said that’s where he began to develop his “IDGAF” attitude.

After Peng’s mother first tried Taco Bell, she swore off all Mexican food for the next 30 years. On a recent trip to San Diego, Peng convinced his mom to try a taco, and she couldn’t believe what she was missing. She asked Peng if they could get tacos the next day, and that made him happy.

Peng met one of his closest friends, Joseph Pompa, in high school. The two of them bonded in guitar class and started a band that Peng was too embarrassed to disclose the name of.

“Peng is hilarious, honest and thoughtful,” Pompa said. “He doesn’t hesitate to tell you exactly what he thinks, and he’s nothing but respectful when doing so.”

Now, Peng’s friends have gotten older around him, and he’s doing his best to keep up while still having fun and maintaining the freedom he prizes so deeply. He wants to start a family one day, but for now, he’s content living alone in his west Gainesville three-bedroom, two-bathroom house.

Peng’s house reflects his ambition and dedication — there is not a speck of dust in sight. He loves music. In the front room, two guitars — a Baby Taylor and a Martin — decorate each corner. Further inside on the wall are two more guitars, a bass and a banjo.

In Peng’s driveway, a silver BMW M5 and a white Tesla Model 3 sit like show dogs. They are in pristine condition, even cleaner than his home. He tends to the cars with precision, shining a flashlight over the paint to make sure there are no blemishes and taking care to park away from other cars, trees and birds.

His attention to detail and tendency toward being hypercritical drew his friends to convince Peng to start food blogging.

“We’ll be out to eat and my friends will say they don’t like the food, and I will say ‘This is TRASH,’” Peng said. “I’ll be picking apart every little thing, and they’ll say ‘Geez, OK, well I just didn’t really like it.’”

Peng describes his food blog as his “passion project,” while his main focus is his day job in finance. As the director of business development and marketing for a company that funds small businesses, he found work and play intersecting during the COVID-19 pandemic. He saw firsthand the pandemic’s effects on small restaurants’ credits, and his company was struggling, too.

Peng stopped reviewing for a while earlier this year because he didn’t think it was fair to the restaurants. Instead, he used his platform to publish “The State of Gainesville Restaurants,” where he gave small restaurant owners the opportunity to explain the gravity of their situations, unedited.

Although Peng used his platform to elevate the voices of these restaurant owners, he doesn’t feel obligated to this kind of service. He said if he is going to preach something to his following, it has to stay on brand for him.

“Not everyone has to use their platform at all times,” Peng said. Before the November election, for example, he noticed “too many posts telling people to go vote. Some people just want a break.”

Peng refuses to compromise on his opinion, so he will never take a free meal or bribe in exchange for a good review. He doesn’t think his blog would be as gravitating if he was disingenuous, and he learned from his hardworking parents that honest people don’t take shortcuts.

This sentiment is consistent with who Peng is: unapologetically and inflexibly dedicated to being himself first and a food influencer second — regardless of whether that gets him more likes, clicks or views.

No one knows when Peng will make his return to food blogging, but if and when he does, he’ll do it on his own terms. His followers will continue to seek his suggestions on where to lunch and munch.

Molly is a reporter for WUFT News who can be reached by calling 352-392-6397 or emailing news@wuft.org.
Previous Florida Speaker Chris Sprowls Weighs In On Police, Patriotism
Next Florida’s State GOP Leaders Consider Climate Change Plans