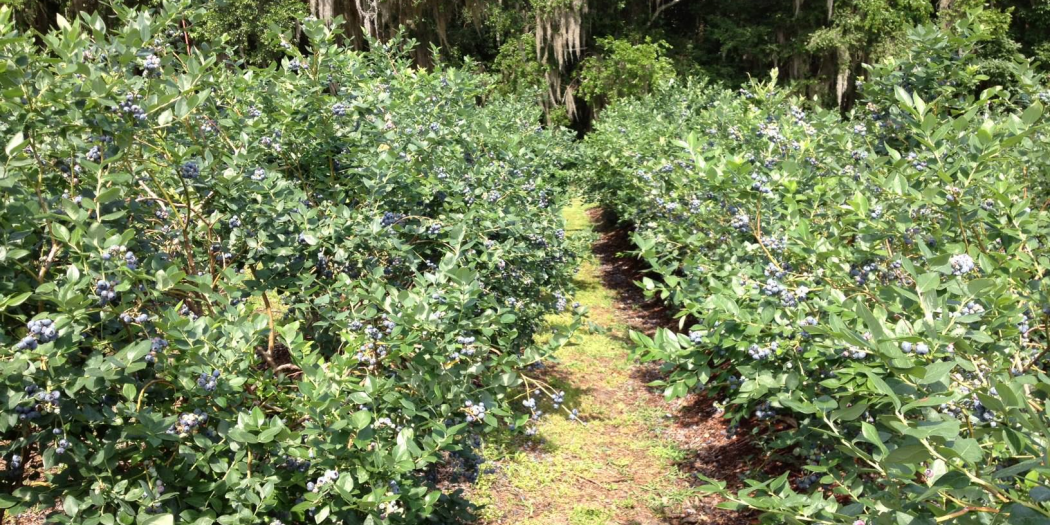 Hope In A Berry Blue Season

Local blueberry farmers faced extreme difficulty this past season due to COVID-19.

Ryan Atwood, co-owner of Atwood Family Farms, saw an estimated 35% to 40% decrease in the price of blueberries from this year to last year.

“The extreme decrease of price that we felt this year was definitely COVID-19 related,” Atwood said.

Atwood is also the co-owner of H&A Farms, the largest blueberry packing house in the southeastern United States. Atwood said that due to the frenzy that the coronavirus caused among food retailers, there was a negative impact on his business.

Trucks carrying blueberries did not seem to get unloaded and out on to the grocery aisles as fast as hot commodity items such as toilet paper and bleach. These items were considered “essential” when Americans first began to stay home. According to Atwood, a large backlog of blueberries was accumulating at grocery stores, resulting in a price decrease of blueberries.

“You had this built up supply that you typically wouldn’t have, and of course, people are lowering the price to move the product, which really hurt the blueberry deal for Florida,” Atwood said. “We were basically entering the peak of our season when this all happened.”

“Our season this year was hurt a lot by the virus because people were just afraid to come,” Richards said.

Richards said that he received more new visitors come to his farm this season than in years past. Despite the influx of new visitors, many of Richards’ loyal customers who came in previous seasons decided to sit this season out, which resulted in what Richards estimated as a 25% decrease in visitors from this year to last year.

Richards believes though that it is much safer for people to pick their own fruit in the fields than to buy fruit at the supermarket. Richards ensures social distancing on his farm and that his picking equipment is cleaned consistently.

“There’s a whole lot more space in the field to spread out than at Publix, and you’re still going to buy food at Publix?” Richards said.

While COVID-19 hurt many blueberry farmers this season, it was not able to stop their generosity.

Willy Cutts, owner of Indigo Farms, decided that he would not open his u-pick farm and would not sell his berries at farmer’s markets this season in an attempt to practice safe social distancing. Rather than letting his berries go to waste, however, Cutts donated them to local food banks.

“It’s not my major source of income…it’s a hobby gone wild,” Cutts said.

“I have some friends in Georgia that were really short-handed and I actually sent my crew up to his farm after our blueberry season,” John Vansickle, the farm’s manager, said.

Despite the less than ideal circumstances brought on by the coronavirus, one farm was able to thrive during the peak season.

“At first it was a little on the slow side, but after about two weeks of being open, we had more people than we ever had,” Emery Abshier, owner of Abshier Blueberry Farm said.

Abshier said his u-pick farm was averaging 1,500 to 1,800 visitors on Saturdays alone following the first two weeks that he was open. Abshier estimates he had 10% more visitors this season than last.

Abshier credits some of his success to the fact that people were tired of feeling trapped in their homes and that his farm was a safe alternative that gave people plenty of room to social distance.

The success didn’t come without work, though. Abshier said that he was cleaning the equipment used by visitors to pick the crops after every use at what seemed like a constant rate.

Abshier also had to put a halt on many of the amenities that the farm provides to ensure safety, such as golf cart transportation for elderly visitors, a water cooler and picnic tables. The farm also encouraged visitors not to hang around the farm once they were done picking berries, to limit the amount of foot traffic.

Abshier is grateful that his family could provide a service to people during such an unpredictable time. Visitors to the farm also made it very clear how grateful they were that the farm was open.

“If they could’ve given my family and I hugs, we would’ve probably been hugging about 300 people a day,” Abshier said.

Brooks is a reporter for WUFT News who can be reached by calling 352-392-6397 or emailing news@wuft.org.
Previous The Point, June 2, 2020: Tropical Depression Three Gains Steam On Day Two Of 2020 Hurricane Season
Next The Point, June 3, 2020: Citrus County Sheriff Candidate Calls Ocala Protesters ‘Animals’

As COVID-19 cases surge across the U.S. ahead of Christmas, President Biden delivers remarks on …