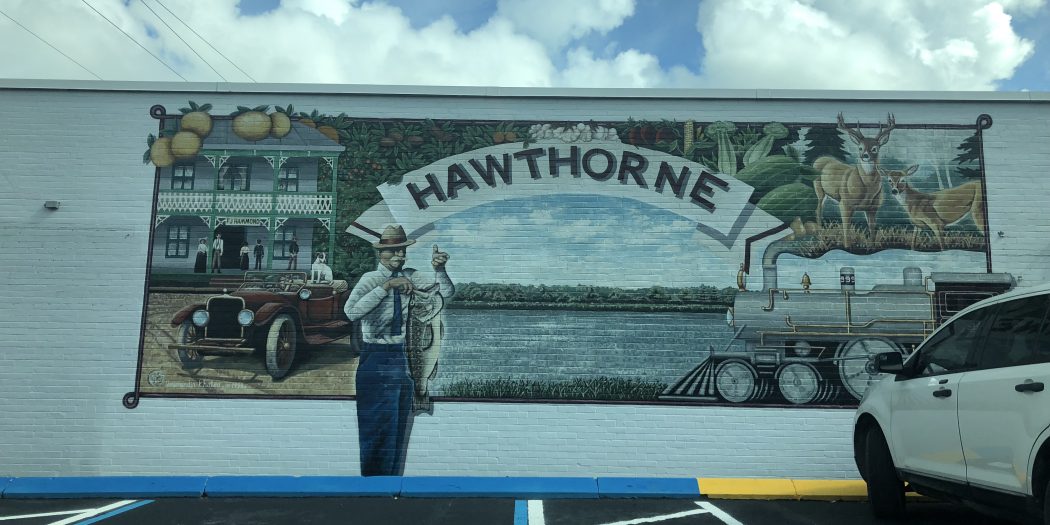 The Hawthorne City Commission had its first workshop on Wednesday to create ordinances to avoid out-of-control block parties.

Mayor Matt Surrency said the city is working to be proactive. Cities close by, including Williston, have seen block parties grow to as many as 3,000-5,000 attendees and end with multiple drug arrests.

Three representatives from the Alachua County Sheriff’s Office joined city commissioners to discuss what went wrong at these other block parties and how to avoid similar situations.

Because Hawthorne has a large senior citizen population, Surrency said, he would like to prioritize their needs when creating new guidelines.

“We’re looking at when it goes from being a block party to a special event and trying to make sure that neighbors are safe, but also the people that attend are safe,” Surrency said.

Two block parties have occurred in Hathorne over the last four months, and  both caused disturbances that required ACSO to respond. ACSO Major Latrell Simmons said those attending both parties were compliant and cooperative when officers arrived.

The commission agreed that the main priorities are setting a start and end time, creating parking zones to avoid road blockage, and creating a way to have neighbors sign off with their approval of the party before it happens. Once these guidelines are set, it would be up to the party organizer to ensure all of them are followed.

Road blockage is the biggest issue, Simmons said. Cars parked along the side of the road and traffic going to and leaving these parties can block roads, possibly preventing emergency vehicles from being able to access the street.

“I love that the residents can have some say-so in the events that occur,” Simmons said, “If there are ordinances in place, we can enforce them and keep the peace.”

Becky Cassels, an administrative assistant for the city, investigated how other cities handle block parties so the commission could have models to consider. In most cases, cities treat block parties as special events, she said.

“We need to take a step back and see these as smaller parties, not something that’s going to be advertised on the internet,” Cassels said.

Hawthorne currently requires organizers to obtain a permit for special events such as parades, festivals and outdoor concerts. The permit requires a site plan, proof of insurance, a letter of permission from the property owner and any other permits or licenses that have been obtained.

Cassels said that most other counties require the same procedures for block parties and suggested that Hawthorne follow suit.

She also suggested putting restrictions on where these parties can happen to  ensure they aren’t held in a place where parking will become an issue.

Lieutenant Ed Bennett of ACSO also attended the workshop.  He suggested that Hawthorne should check the validity of organizations requesting a block party permit through the Florida Division of Corporations, as the sheriff’s office does when people request deputies for security at their events.

“You’ll have legitimate hosts who want to run things the right way and have a good time, but there’s others who just want to have a huge party,” he said.

Hawthorne will examine ordinances the county has in place and continue working on creating their own.  The commissioners’ next step is getting residents’ opinions on the matter to ensure the ordinances meets their needs, but they have not yet scheduled another meeting on the topic.

Josephine is a reporter for WUFT News who can be reached by calling 352-392-6397 or emailing news@wuft.org.
Previous Tyler Tenbrink Sentenced Up To 15 Years In Prison For Shooting Near UF Campus After 2017 Richard Spencer Event
Next RTS Buses Could Possibly Gain Free Wi-Fi, City Commission Subcommittee Says