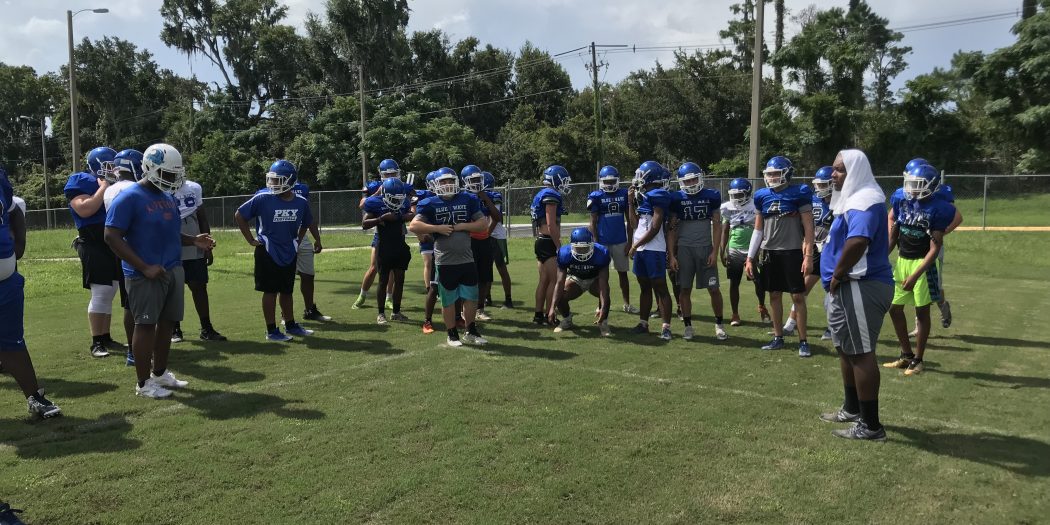 At midnight Monday morning, football fields all over the state were illuminated as teams were about to return for their first day of fall practice. But you would not hear the sound of shoulder pads thudding against each other. The only padding the players were wearing were their helmets.

For the first week of practice, football teams competing in the Florida High School Athletic Association go through heat acclimatization. During this week, teams will progress from helmets to helmets and shoulder pads and go through non-contact drills and conditioning to get accustomed to the heat.

According to the National Center for Catastrophic Sport Injury Research, three football players die per year because of heat-related illnesses.

In an attempt to prevent these unnecessary deaths, the FHSAA has heat acclimatization guidelines that all teams must follow.

The FHSAA amended some of its policies in June to emphasize the importance of educating coaches and players on heat illness as well as concussions and sudden cardiac arrest. All players and coaches are required watch videos on each of those three subjects, said Kyle Niblett, spokesman for the FHSAA.

According to Dan Connaughton, Associate Dean of the University of Florida’s College of Health and Human Performance, coaches should follow certain guidelines when holding practice.

Players should be hydrated before activities and should receive ample water breaks, and coaches should avoid peak times of high temperatures and humidity, like the middle of the day. Practice time should be limited and warm-ups and cool-downs can take place indoors. In addition to that, coaches should monitor players closely to find signs of heat exhaustion.

All players must complete six days of practice before they are allowed to compete in a game.

For the first two days of practice, players are limited to helmets. On day three, players are allowed to wear helmets and shoulder pads with shorts.

Finally, on day six, teams are allowed to fully suit up and begin contact drills.

So if they are not wearing pads, what do football teams do during the first week of practice? According to Bell High School Head Football Coach Joey Whittington, the players prepare on the mental side. “It’s a very mental week for us,” Whittington said.

He said his teams will focus on conditioning and work on mental aspects such as running through plays against defenders holding pads.

This experience has been similar for the P.K. Yonge Blue Wave, according to Bryce Jefferson, a player on the football team.

”It’s been a lot of conditioning, as well as weight workouts and focusing on the fundamentals,” Jefferson said.

Florida’s humid climate makes heat acclimatization for football players even harder, as exercise increases body temperature, and human body sweats during exercise to cool itself. If sweat does not evaporate, it can make it difficult for the body to cool itself, said Connaughton.

“When you have a hot and humid environment like we do, sweat does not evaporate,” he said. “Throw in a helmet, uniform and pads, it’s much harder.”

Matthew is a reporter for WUFT News who can be reached by calling 352-392-6397 or emailing news@wuft.org.
Previous August 3, 2018: News in 90
Next Unvarnished: Story Summit at Heartwood Soundstage Part Two 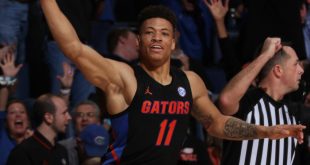