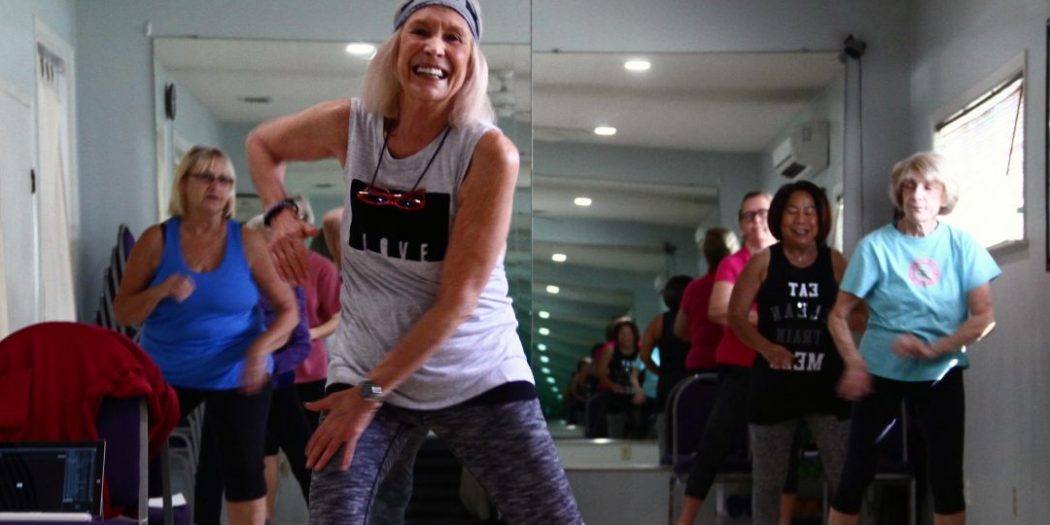 Fuzzy-minded Flo Stoler accidentally transformed her kitchen into a bubble bath one night.

She meant to put detergent into the dishwasher, but squirted in hand soap instead.

She didn’t know why. In a different era, she would have known better.

Bubbles poured out of the machine and onto the cold tile floor, going unnoticed until her daughter Linda slipped and fell on them.

Linda Stoler knew her mother was ill. It wasn’t just this soapy mess, it was the unjustifiable anger towards the caretakers, the hoarding, the inflexibility. She knew she had to take her mother to the doctor.

At the age of 91, Flo Stoler was diagnosed with Alzheimer’s and dementia.

Stoler and her husband William gladly took Flo in and arranged for caregivers to watch over her. Flo had transformed into an angry person, unidentifiable to her daughter.

One day Stoler decided to bring Flo to one of her speech pathology programs she held for children in St. Augustine.

Following Stoler’s lead, the children sang and danced as a way of therapy. Flo joined in.

After participating in a few sessions, Flo began to smile again.

“This stuff is better for seniors than it even is for kids,” Stoler discovered.

She watched with interest as Flo began remembering the words to her songs. Her mother was more focused, and could easily retrieve information all of the sudden, Stoler said.

“That’s when I turned to my husband and said ‘I need to do this with the aging population, too.'”

Stoler reinvented her music program for senior citizens. She traveled around Florida, holding workshops involving the same speech pathology concepts for the elderly.  And a compassionate yet creative business model for the aging was born.

Stoler, known in Melrose as “Lindago,” was born into a wealthy family in 1943. She began her hippie life on the famous Staten Island in New York.

It was the era of the Beatniks, she said.

“I remember going into the Village to watch them read their poetry at Café Wha?” Stoler said. “I just loved the whole scene.”

Creativity drove Stoler from early on. She played the clarinet and the piano, all while mastering the art of dance. By the time she graduated from the University of Vermont, she had realized her calling to be a speech pathologist.

“My mother actually told me to look into it,” she said. “We help people from birth to death with problems associated with speech and language.”

For years, Stoler traveled to different schools putting the skills she learned in graduate school to test.

But something wasn’t working.

“I said I can’t do this anymore,” she said. “I wasn’t getting the kids to change.”

So she changed the program, using a combination of music, sign language and dance to aid language acquisition.

“Instead of isolating the child and trying to fix that child outside of the classroom I would do an inclusive program in the classroom for their issues, but still beneficial to the entire class,” Stoler said.

One of her subjects was a child named Eli. The sandy-haired boy was the son of Emmy-award winner Peter Wilder, who happened to be friends with Stoler.

“We were really worried about his speech impediment, and she fixed it,” Wilder said. “It was the most astonishing thing I had ever seen.”

Over the course of several weeks of working with Eli, she used her original musical CD’s and repetitive stories to transform his speech.

“Music is magic,” she said.

Over the next decade she traveled around Vermont’s public schools helping boys and girls of all ages. Her career had taken off.

In the blink of an eye Stoler’s parents became ill, and unbeknownst to her it would change her practice forever.

“It was a rolling blackout,” her husband said of their decline.

The focus was on her father who had suffered from a stroke. But Flo also seemed to be struggling.

“I knew my father was covering up for her,” Stoler said. “He never said a word to us.”

He knew Flo was losing her ability to be present here, Stoler recalled.

“I could have been scared,” she said. “Here’s my mother struggling with dementia and Alzheimer’s. I could be fearful and think this could happen to me, but instead I thought ‘No. I am going to understand this.’”

The Stolers brought her into their home in Florida and began taking her to the children’s programs. Every song and dance seemed to make Flo younger and younger.

Flo spent the last four years of her life happy.

Who helped me be

She gave me life, song and poetry

To grow in the world greater creativity

Though no longer here

She reaches out to me

To offer support, help me be

More of who I am here to be

A kinder, gentler version of humanity

Some ideas are born out of necessity. This one, although unexpected, merged a daughter’s love and her professional training.

While in the beginning, it never crossed Stoler’s mind that her program could help senior citizens,  once she saw Flo’s reaction she knew she had to pursue the idea. It needed to be shared.

Stoler began researching the aging process and published “Transforming Your Aging Brain” one year after her mother passed away.

“The book was to show that we can’t cure Alzheimer’s or dementia with a pill,” she said. “It has to do with lifestyle choices.”

Stoler calls it “aging with creativity.”

The book gives simple activities seniors can do to help them stay young. The practices are almost identical to the speech pathology she used on children.

The Stolers began touring the country offering pro-bono workshops and adult daycare programs for the elderly around Florida. In addition, they organized events to raise awareness about Alzheimer’s and dementia.

“It was a leap. I realized this was what I had to do to prevent cognitive decline and help those already in it,” she said.

Wilder became the musical producer for her projects. Although they met resistance, Stoler continued to aid the aging.

“It’s the most joy I could ever imagine,” she said.

Now living in Melrose, she teaches a weekly dance class for baby-boomers at the Genesis Gym.

Stoler’s mother Flo was 85 years old when she started to decline. Stoler is now 74 and fears nothing.

Old thoughts and feelings to retire

The sky’s the limit

Cat is a reporter for WUFT News and Fresh Take Florida who can be reached by calling 954-657-3385 or emailing cgloria@ufl.edu.
Previous Marjory Stoneman Douglas: The Grande Dame Of The Everglades
Next Morning News in 90: Feb. 28, 2018

Florida Singles Are Adapting To Dating During Social Distancing

After the COVID-19 pandemic forced schools to shut down nationwide, Bradenton attorney Carl Reynolds decided to donate Google Chromebook computers to any student in need.