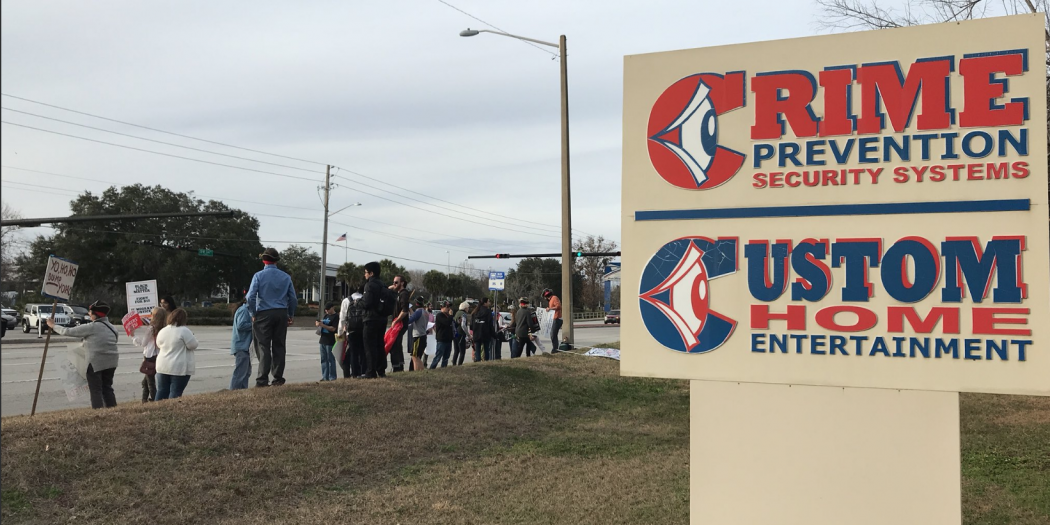 Olysha Magruder and her 3-year-old son dressed up as pirates Friday afternoon as they demonstrated against U.S. Rep. Ted Yoho outside the office of Crime Prevention Security Systems.

“We know where his money is coming from, and we are going to get his attention somehow,” Olysha Magruder said while her son played with a toy hook beside her.

A dozen other protesters joined them at the pirate-themed protest, which referenced the last name of the Florida congressman. The Alachua County Labor Coalition targeted Crime Prevention Security Systems, which is an underwriter of WUFT-FM, as the site of its demonstration.

“To me it just seems kind of unusual that they would protest anyone who supported [Rep. Yoho] for any particular reason, ” said lawyer Robert Lash, who on Jan. 17 sent a cease-and-desist letter to the coalition on behalf of CPSS. “I don’t think the coalition has done any research to find out what particular issue it is they don’t like about Senator (sic) Yoho and whether the owners have the same philosophy about that stance.”

The letter said the company does not donate to any federal causes or candidates and the claim CPSS is Yoho’s second largest donor is “without merit and therefore untrue.” Lash said the company plans to sue for damages and libel if the ACLC issued any more statements portraying it as a Yoho donor itself.

Jeremiah Tattersall, the lead organizer of the ACLC, said the point of the protest wasn’t to target the owners but to get the attention of Yoho. 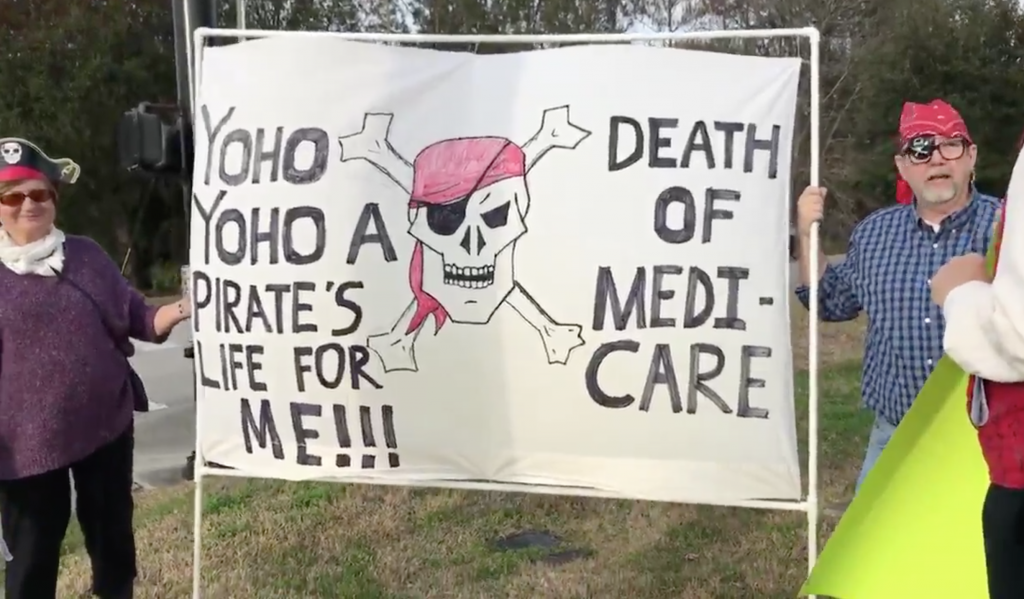 When asked about the cease-and-desist letter, Tattersall said he doesn’t believe corporations are people, and therefore it was impossible for him or the ACLC to insinuate CPSS was donating to Yoho rather than its two owners.

On the Federal Elections Commission website, Pastore and Elrad are listed as owners of Crime Prevention Security Systems next to their donations to Yoho. That’s a fact Tattersall said made the protest legitimate since the pair could have listed themselves as investors or business owners.

“For a lawyer to say that it’s slanderous to point out what the federal government has on their website is ridiculous,” he said while adjusting his eye patch. “We have lawyers that are prepared to defend our First Amendment rights.”

Multiple attempts to reach either Yoho’s office or CPSS representatives were unsuccessful.

The ACLC held a similar protest over the summer outside of Gainesville medical device company Exactech’s office for donations to the Yoho campaign. Tattersall said it was possible his group would organize more protests outside businesses with ties to Yoho donors.