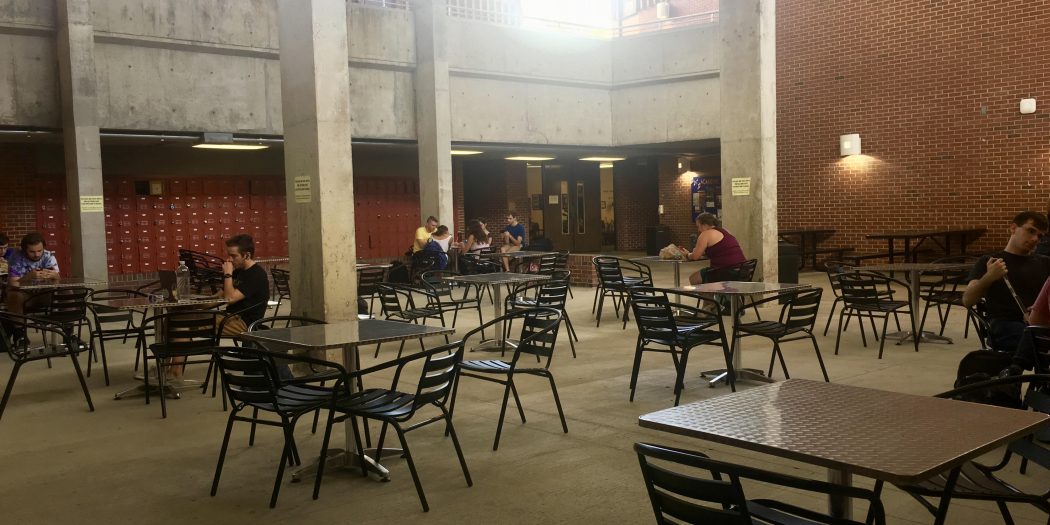 This fall, leaders at the University of Florida and within the College of the Arts will meet to discuss renovations for the Music Building. The much anticipated project is possible now because of $5.9 million in government funding granted to the university.

“It’s just a building that was never designed to be a music building,” Orr said.

Music buildings require specific architecture in order to function properly, he said. The Music Building, which was originally built to hold ordinary classrooms, creates issues for the instructors, students and their instruments. These issues include damaging levels of humidity, a constantly fluctuating climate and unsatisfactory acoustics.

Another issue that has arisen over time is lack of space, Orr said. The School of Music currently does not have its own large performance hall and must rent space in other locations on campus for ensemble productions.

“We’ve vastly outgrown what the building was supposed to be,” Orr said.

The renovation money, which comes from Phase I funding from the state government, is only the beginning of the renovation effort, he said. UF received the grant during the most recent legislative session.

This fall, University of Florida and College of the Arts leaders will meet to develop plans as to how to allocate the money and raise the funds necessary to complete the project, Orr said. He estimated that the renovation will be much costlier than the original funding can support.

As it stands, the Music Building does not represent the caliber of musicians studying within its halls. The University of Florida needs a music building that measures up the School of Music, Orr said.

“We will not be defined by our building,” Orr said.

There appears to be agreement on the mounting issues surrounding the Music Building, said Anthony Kolenic, the assistant dean of research and faculty programs.

“It was never really built to any acoustic specificities,” he added.

Despite the current urgent need to begin renovations on the building, Kolenic said there have been improvements made to the building since 2015, including increased security, a new roof and new handrails and skid-proof surfaces.

The focus now is on getting through the design phase for the renovations and starting the actual project, he said. Many of the needs are intertwined, but his foremost concerns are repairing hazardous conditions and protecting the school’s investment in musical instruments.

“The value of the instruments is more than that of the building right now,” Kolenic said.

Right now it’s difficult to predict when exactly members of the UF community will be able to appreciate the renovations, he added.

With this first wave of funding, the university plans to make investing in the Music Building a top priority, said Janine Sikes, UF’s assistant media relations and public affairs spokeswoman.

“The Board of Trustees voted last week to include the music building as one of the top priorities for funding from the legislature,” Sikes said.

Although there are no concrete plans set for the building’s renovation, university leaders do intend to complete the project, she added.

“We are optimistic we will be able to renovate that facility at some point in the future.”

Jessica is a reporter for WUFT News and a third-year journalism and political science student at the University of Florida. She grew up in Atlantic Beach, Florida with an appetite for storytelling. Reach her by emailing j.fondo@ufl.edu.
@jess3mf
Previous Lamplighter Mobile Home Park Residents Turn To FEMA For Storm Repairs
Next UF Horse Training Unit Experiences Major Flooding After Irma