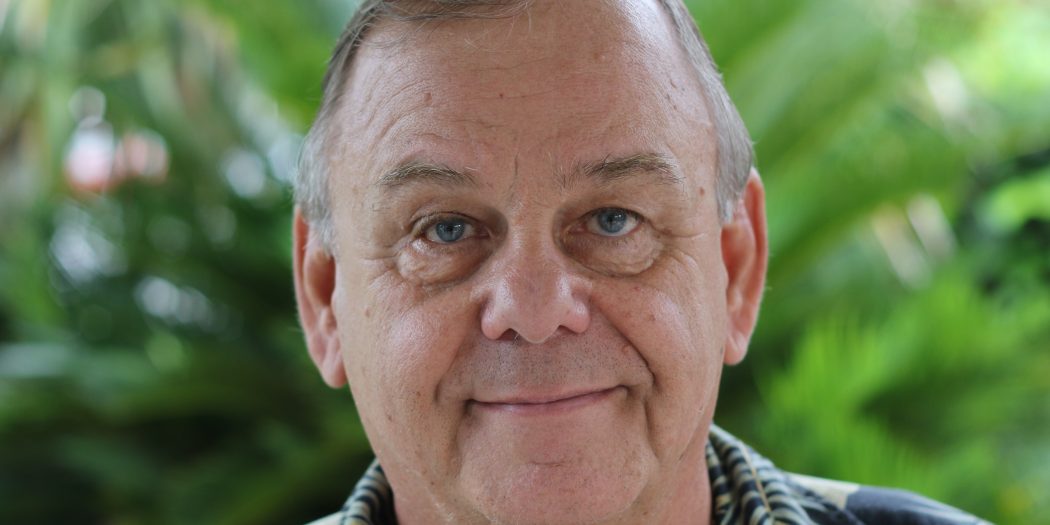 When Ron Oppliger landed in Chu Lai, Vietnam, in 1964, there wasn’t much there. His Marine Corps unit built the military infrastructure over the course of several months before the North Vietnamese realized the Americans had established a foothold. Today, he’s actively involved in Marion County Chapter 1085 of the Vietnam Veterans of America and has become an advocate for veterans sharing their stories. Our conversation took place Aug. 16, 2017, at Veterans Park in Ocala.

Where were you born and when?

Little town in middle of Nebraska called Tilden, back in 1947.

What is your educational background and when did you enter military service?

I thought I knew more than the teachers did, so I quit school when I was in the sophomore year and joined the Marine Corps. I volunteered in 1964 at 17.

Did you have any conversations with your parents?

My parents had to sign to get me in because I was underage. They wanted me to go, because I needed some discipline. The Marine Corps is where I needed to go. I went to San Diego. I’m a Hollywood Marine.

When did you land in country in Vietnam?

There was not really a lot of conflict in Chu Lai. We set up the air base and when we landed, it was like a World War II type of landing, off the ship. Very scary, obviously, because I was only 18. There was no resistance, really. They didn’t realize we were coming into Chu Lai at that point. I was in artillery, so we put the perimeter around so they could start building the air base. I was a crew chief with what they called the Long Toms, the 155mm. They brought us in around the base because we could fire up to 20 miles, whereas the Vietcong were used to the ships doing the firing onto land. When they brought us in, they could relieve the battleships and help protect the air base that way to keep them at bay better. We did patrols and didn’t have much resistance in 1964. It started later when they found out we were there, obviously. There was nothing there. It was a beautiful beach when we landed — a wide open territory.

Were there many civilians in that area?

No, there was a small village. They were very welcoming. They had no idea what was going on. We didn’t communicate much with them. We were busy doing our thing and they were leery of us, too. We had very little contact.

What was the span of time you were in country?

During that time, how did the nature of what you were doing change?

As they found out we were there, we started getting hit.

Drastically. As they found out we were there, we started getting hit. They wanted to blow up our planes, which they did. They’d sneak in at night, and you could be in a foxhole, and they’d sneak right by you and not even know it. They were very good jungle fighters. Just blow them up, let them burn. I was in nine different conflicts. They had different names for different type of situations. We would support the ground troops. From 20 miles away, you could do a lot of damage. They wouldn’t even know it was coming in until it hit them.

Was there any relaxation time or was it pretty much 17 months straight through?

When you’re building it up like that, you had some of what you call free time. But you just kept building because you had nothing there. We took a bath in the ocean for six months. No fresh water or anything like that. Had to build everything up. It was a tremendous change in your lifestyle, obviously, compared to boot camp training and everything. It was an experience you’ll never forget. You just adapt and go forward.

Did your time there change you in any way?

Yeah. The best thing that it did for me was it made me grow up, number one, and be more mature. The big thing is discipline. Discipline for your own personal self. You have more of an attitude when you’re younger. I didn’t give a damn about anything. Wham, bam, thank you, m’am, and all that. But when you see what you went through, you change your whole outlook on life.

Like most military guys, I backed away from the service when I got out because of all the (domestic) conflict. I just went into society, and when I retired, I decided I would go down to the service office to see if there was anything I had available. I didn’t, thank God, because I didn’t have any injuries, although I did have combat situations. They asked me, ‘What are you going to do?’ I said, ‘I don’t know, I gotta do something since I retired.’ They said, ‘Why don’t you volunteer at the park?’ I said, ‘What park?’ They said, ‘It’s right behind the (Marion County government) building here.’ I started here back in 2009.

What do you feel is the best part of this Marion County chapter of Vietnam Veterans of America?

It’s kind of hard to answer. Personally, it made me (feel) welcome home — finally. The park, coming and seeing (past veterans). Before that, veterans from World War II and Korea were kind of standing off and bowed away from the Vietnam guys. I had the same reaction to them. I stayed away from them. But I came here and met quite a few other of the World War II guys. We still have a gentleman here, Wayne, who was on the USS Missouri for the signing of the peace treaty in World War II. He still volunteers on Friday… A lot of the Korea guys came back, which was the worst off all, and they were totally forgotten.

We have people we can talk to and tell our stories. That’s what it’s all about. You can’t hold it in forever. That’s the worst thing you can do.

We have people we can talk to and tell our stories. That’s what it’s all about. You can’t hold it in forever. That’s the worst thing you can do. We’ve talked about it many times in here. I would venture to say it’s age. The older you get, you let yourself open up a little more. Being here with the park, you find you’re not the only one in that situation. You ain’t the only one who had that same problem at one time coming through. A lot of them had it a lot worse than we did. Some of them had it better. But just the fact you’re just getting older. A World War II guy will tell you the same thing. Or Korea. They never talked about it much until they retired. Then they opened up.

What haven’t I asked about your experience or Americans’ involvement in Vietnam?

It’s a thing that happened. Is it right? I don’t know. When I went in, I volunteered. Believe it or not, about 85 percent of those who went to Vietnam were volunteers, contrary to everyone believing it was all drafted. I don’t think any war solved anything, but they’ll never end either.