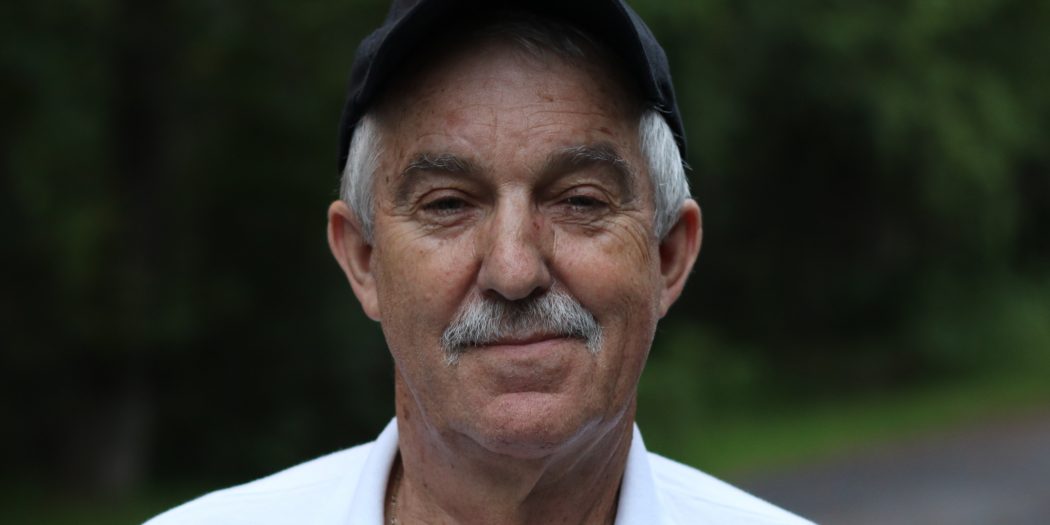 Having had the opportunity to see a screening of a part of Ken Burns’ film on the Vietnam War earlier this year, Fred Judkins had this warning for any veteran of that war with post-traumatic stress disorder: “Be very careful, because it’s very, very intense.” Judkins served in an Army Air Calvary Unit from 1970 to 1971 and today lives in Gainesville, where he is secretary of the Vietnam Veterans of American Chapter 1092 Alachua County. Our conversation took place at the group’s monthly meeting on Aug. 28, 2017, at American Legion Post 16 in Gainesville.

When and where were you born?

What city do you currently live in and for how long?

Gainesville, Florida, for three years, give or take.

I have an undergraduate degree in plant and soil science and a masters and certificate of advanced study in counseling and almost another masters in adult education.

Can you please tell me how you first remember hearing about Vietnam? Was it a news report, was it LBJ’s speech?

I think I heard about it when I was in college, in ROTC, which was mandatory at the time I started.

What branch of the military did you serve?

Were you drafted or did you volunteer?

I was in ROTC, and I volunteered and then went through flight school in college and believed Richard Nixon that the war was going to be over, and it wasn’t, so I went to flight school and from there directly to Vietnam.

Where did you serve?

I was with an Air Cavalry unit — 7/17th Air Cav unit based in Pleiku. We spent three months in Khe Sanh for the invasion into Laos.

What years were you there?

When you arrived in country, what was your response to Vietnam itself?

It was quite hostile. We were up in the highlands. I didn’t like it. They were shooting at us.

Was that immediate? Right when you landed?

Not the first days. But when you had the bars on the buses, you knew it wasn’t a very friendly place.

What were some of your responsibilities when you first got there?

I was a pilot, so I flew. I was an operations officer.

Can you describe your first contact with the enemy or South Vietnamese villagers and suspected VC?

The first seven or eight months, we didn’t really see too much action. We always tried to get them to shoot at us, and we had a few. We had incoming several times, we had snipers in our wire a couple times. One of our barbers who actually shaved me once was killed trying to come through as a zapper. So I stopped him running around and shaving me. I didn’t like the idea of it that there could be a razor at my throat. We had several mortars come in. We didn’t take any casualties for the first seven months in my unit. We had ammo dumps blow up.

How did that affect you after the seven or eight months when there were casualties?

When we went to what was called Lam Son 719 — that was the operation that we went into Laos — we had several casualties almost immediately. It kind of changed things. I was pulled off of flight to be on the radios with the South Vietnamese army. The two guys with the gun ship there were both killed, and that stuck with me. I got to fly for the CIA, and they basically took over our ship and had prisoners on it and through one of them out. It really messed my head up ever since.

What changed a year ago that made you finally want to talk about it?

Just we were talking about things and some of the guys talked about watching them being thrown out. I felt comfortable enough to get that off my mind. Not off my mind, but out — I guess.

What are your memories of how the nation treated Vietnam veterans, speaking either personally or on the whole?

Personally, they didn’t treat us very well. The VFWs and American Legion wouldn’t let us in. I went to work for the VA, and there were two guys didn’t like me at all, so…

Is there anything that we didn’t talk about that you maybe want to add about your experience or what it was like coming home?

Only that I know that you are going to be showing the Ken Burns film and I have seen the preview at the VVA convention, and that was a mistake on my part. Anybody that’s got PTSD, they want to be very careful because it’s very, very intense.

What was your reaction when you found out you were coming home?

I was glad. My homecoming was not good. My wife wanted a divorce. We stayed married for a long time but it was never good after that.