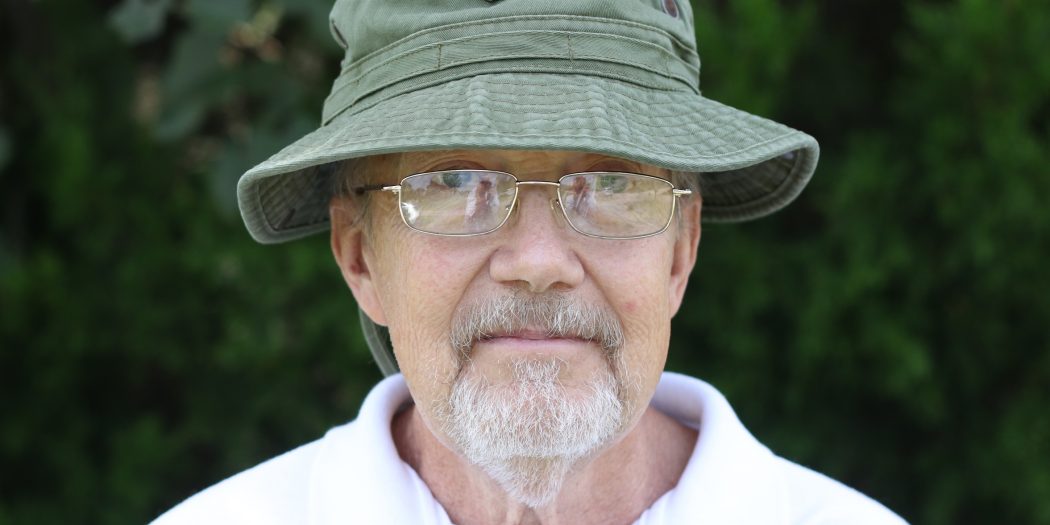 As a Marine in Vietnam in 1967 and 1968, 19-year-old Bob Barnas grew up “real fast.” He saw friends die near him, but the tragedies he witnessed while serving his country during that conflict didn’t change his attitude toward the United States whatsoever. Barnas now lives in High Springs and is a member of the Vietnam Veterans of American Chapter 1092 Alachua County. Our conversation took place at the group’s monthly meeting on Aug. 28, 2017, at American Legion Post 16 in Gainesville.

Where do you live now?

High Springs, Florida. I moved there in 1999 to avoid the snow of Chicago.

A couple of years of college… (studying) marketing.

Can you tell me when you first remember hearing about the Vietnam war? How old were you, in what context, a news report, a speech by the president?

1966 in high school in Chicago, when the Vietnam War was really just starting to gear up. As a young kid, we were more interested in cars and girls and everything else. But as the testosterone level built up, and we were becoming men, we talked about what the country needed and do we go to war or do we stay home? Do we go to Canada? What do we do?

In what branch of the military did you serve?

I decided with another friend in August 1966 we would join the Marine Corps together.

So then you volunteered and you were not drafted?

I enlisted in August and we went in in September 1966.

How long were you there for and in what city?

I went into the Marine Corp in September of 1966 and then went to boot camp in San Diego and was supposed to go to Vietnam to be an MP in late 1966 or earlier 1967, and that all changed. My orders just changed completely, and I went to North Carolina and then to Vietnam in July of 1967.

How did your parents feel about you going there?

Interesting question. My mother was always worried about me. My father, he was Army, and that was part of what you do.

When you arrived in country, what was your response to Vietnam itself, the land, mountains, culture, everything from people to weather?

What were your responsibilities when you first got there?

I left Da Nang in a couple days and then I went to Dong Ha, and then I soon went up to the DMZ of Vietnam, and I was a grunt. You can look that up and read what a grunt is.

A grunt is the basics of a marine. You learn to shoot, you learn to fight, you learn all the weapons and you hump radios, go on point, dig holes, do everything. A grunt is an 0311 combat marine.

Now did that responsibility change over time?

For me it did. Six months later, I was still a grunt, but I was now in the command group.

Can you describe your first contact with the enemy, or South Vietnamese villagers, suspected VC, maybe the first casualty you encountered?

You are asking me this today on Aug. 28 (2017). It was just about 50 years ago today that I was in my first firefight. I, at that day, learned what bullets were flying over your head, what bullets were hitting the ground, what you were doing firing back at them. So that was my first fight, but you have to understand something. A lot of people don’t know this or realize this. We fought North Vietnamese Army. Never ever in the whole year that I was there saw what was called a VC or Vietcong. We fought North Vietnamese Army.

How did that all affect you?

…I grew up real fast.

It would take days to tell you how it really affected me but it certainly changed me from being a 19-year-old kid to being a man, to learning how to survive, to observe, to do things to protect yourself, but I grew up real fast.

Did anyone that you were close to not make it back home?

Several. Yes. Could tell you many stories of those that were close to me that died next to me or near me or were friends, but yes. Several memories.

How has it affected your attitude in general toward your country?

It hasn’t. My attitude towards my country was what our family had mostly done. That was: my father was Army, I was Marine Corp, one son Navy, one son Air Force. We stepped up. The country needed you. You stepped up. It’s made me a defender of the flag, so to speak.

What was your reaction when you got on the plane back home or landed back in this country?

I was certainly at times in my uniform given the evil eye and not appreciated.

The stories that people have told of being spit on or being yelled at or be called a baby killer, I never personally experienced it that bad, but I was certainly at times in my uniform given the evil eye and not appreciated.

What are your memories of how the nation treated you? The Vietnam veterans either personally or on the whole?

It’s as you see the nation today. As you see, parts of the country are one way or another. When I came home I landed in San Francisco. I walked through the airport in my uniform, nobody walked up to me to say hello, welcome back. Welcome home. But when I got in my neighborhood, in the old neighborhood where I grew up, and we all pretty much served in one branch or another, there was a party. Welcome home.

How happy was your mom?

My mom was very happy.