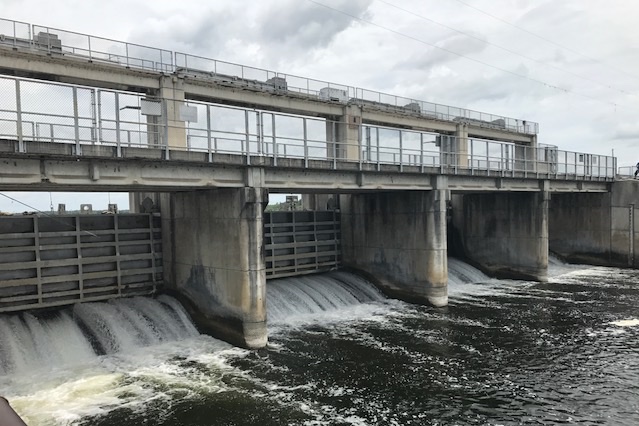 Find Out Florida: What Does It Cost To Maintain The Rodman Dam?

This story is a part of Untold Florida, a WUFT News series built from your questions. Listener Michael McGuire asked us “What is the cost of maintaining the Rodman Dam?”

For years, some environmentalists have called for the removal of the Rodman Dam on the border of Putnam and Marion County.

They say it would restore the original flow of the Ocklawaha River and increase wildlife movement. Bob Knight, director of the Silver Springs Alliance, has studied the controversy for decades.

“Thirty-six years ago, I said removing the dam would be a very big benefit to the wildlife population,” he said.

The Rodman Reservoir eventually flows into the St. Johns River. Putnam County Commissioner Larry Harvey says the dam shouldn’t be removed because — among other benefits — the St. Johns River receives filtered water through the reservoir.

What about the cost of maintaining the dam? Multiple media reports in recent years have included an unattributed fact that it costs up to a million dollars to maintain each year.

But the Florida Department of Environmental Protection sent us nearly a decade’s worth of Rodman Dam budgets; in that time, it has not cost taxpayers more than two hundred thousand dollars per year. In the most recent fiscal year, the state spent about $140,000.

A DEP spokesman said he has no idea where the $1 million annual figure originated. In the last eight years, the state has spent about $1.2 million total.

As for the river, the Ocklawaha is a valuable body of water for Marion and Putnam counties. Lars Anderson owns Adventure Outpost and has guided river tours there for many years.

“It’s not just a normal river,” Anderson said. “It’s probably the oldest river in the Florida peninsula. It was formed along an old fault line from earthquake activity millions of years ago… It’s really a natural gem of Florida.”

On a Wednesday afternoon in May, about a dozen anglers fished at Rodman as a storm moved through the area. The reservoir has become a popular area for recreational fishing. Some locals even go there to catch dinner. Fishermen Robert Adkins said he comes out to the dam every chance he gets.

“If I get a day off from work for some reason, I come out here — even if it ain’t nothing but a couple hours. This is like my home away from home,” Adkins said.

While the fishermen will tell you the fishing opportunities are some of the best around — especially for large mouth bass — Anderson said that’s no longer the case. He thinks the fishing quality is about the same as any other Florida lake.

“That’s a holdover of old information. When they first made that reservoir, it was very good fishing,” he said. “But as time has gone by, and it’s basically another big lake, it’s about average.”

As for what it would cost to get rid of the dam, there’s little agreement on that, either. Florida Defenders of the Environment wrote two years ago it would be about $7 million, but estimates up to $20 million have appeared in media reports. Still, Anderson said, once the river is restored, it would pay for itself.

“Regardless of what that price is, it’s a one-time cost,” he said. “Manatees would be able to migrate up and down. They sneak through the locks now, but it’s not the same as having free-flowing access and being able to migrate.”

The most recent effort to remove the dam on a bureaucratic technicality appears to have stalled. Attorneys Joseph Little, Bruce Kaster, and Jane West in December filed an appeal known as a petition for rule-making against the United States Forest Service.

It said the federal government is out of compliance with its own rules about keeping the dam past its usefulness as a part of a failed canal project in the 1970s.

That appeal is still pending.

Jim Gross, executive director of the Florida Defenders of the Environment, said the dam is unlikely to be removed while President Donald Trump is in office.

“We were very hopeful,” Gross said, “that we would have an administration in Washington D.C. after the last election that would be sympathetic to restoration. Now, we’re stuck with a situation that’s quite different, and I doubt that environmental issues will ever get out of the box in this White House.”

Alana is a reporter for WUFT News and can be contacted by calling 352-392-6397 or emailing news@wuft.org.
Previous As Next Hurricane Season Begins, A St. Augustine Community Is Still Rebuilding
Next Gainesville’s Mirror Image Studio Celebrates 40th Anniversary June 3rd

The Point, May 18, 2022: Here’s what Florida lawmakers may try to accomplish during the special session on property insurance next week

The Point, May 17, 2022: Florida has now had six million coronavirus cases

The mark comes as hospitalizations begin to rise again in the state.