Three candidates are campaigning to take the District 2 seat in the Gainesville city commission. 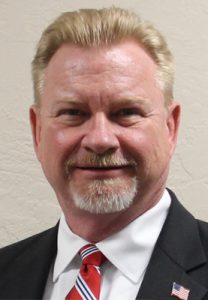 When it comes to being a city commissioner, Perry Clawson said a mission of his is to make good decisions.

“I want to make sure we make smart decisions, especially when it comes to GRU and the bio mass plant,” Clawson said. “We don’t really make good contracts for the city.”

Clawson, a West Point graduate who holds two master’s degrees, hopes his qualifications will help him if he were elected to the District 2 seat. A retired colonel and former small business owner, Clawson hopes that in addition to negotiating contracts, he can help bring more jobs to Gainesville.

“I know what the business community is looking for,” Clawson said. “I know what we need to do to is bring good-paying jobs to Gainesville, specifically East Gainesville.”

Clawson was between active duty and the reserves for 30 years, in which time he served on a combat force in Iraq and received the Purple Heart. He said his degrees in strategic studies and systems management would help him make smart choices for Gainesville.

Clawson has been charged previously for several incidents, but was never convicted and says all charges were dismissed. Clawson said he has been open and forward about it.

“The police have to do their jobs,” Clawson said. “They arrest people and let the court decide. You’re innocent until proven guilty. I have nothing to hide.” 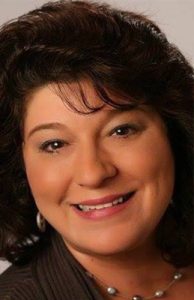 A Gainesville resident for 27 years, Sheryl Eddie has a mission for the city.

“We want a healthy and safe community for all citizens,” Eddie said. “We want a city that runs efficiently and city commission that reflects the citizens it’s sworn to represent.”

In order to do that, Eddie is campaigning for the District 2 city commission seat. She said that what the city needs is for people to work together, something she is capable of moderating.

“We want to bring people together and find the common ground,” Eddie said. “I think the right attitude and the willingness to work with other groups is the way to do it.”

Eddie spent time at the Alachua County Children’s Alliance, where she worked with groups such as city and county governments, non profit organizations and religious groups to meet a common goal. She said her experience bringing groups with different backgrounds and agendas together would help her as a city commissioner.

Transportation is a big issue for Eddie, who thinks the community should get the bus services it pays for.

Money made from advertising should go back into transportation instead of the general fund, Eddie said. In addition to transportation, Eddie advocates for greater internet access to low income homes and early learning for the children of Gainesville.

“The best thing for our future is to have children who are ready for school and ready for life,” Eddie said. 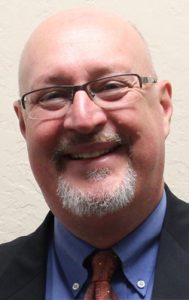 As District 2 city commissioner, Harvey Ward Jr. says he wants to do what his family has done for generations: invest in Gainesville.

“I want to build the kind of city that my children will be able to stay in and work in,” Ward said.

From the beginning, his campaign has focused on Internet in Gainesville, Ward said. Working families in Gainesville pay more for Internet service than anywhere in Florida, and he said that businesses aren’t getting the broadband access they need.

Transportation should be a topic on every county commissioner’s mind, Ward said, and moving the city elections from March to November would help Gainesville’s poor voter turnout.

“We do, at best, 12 to 15 percent for elections, and I believe moving them to the same time as other elections would increase voter participation,” Ward said.

On his campaign website, Ward also lists Wild Spaces Public Places and One Mill as another concern of his. The website says that he supported the initiatives in November, and would work to make sure the money is going to be spent the way it was promised.

Ward, a graduate of Eastside High School, Santa Fe College, and University of Florida, said his family has lived in Gainesville for generations. He currently serves as the executive director of the Holy Trinity Episcopal Foundation, and is a co-chair of City of Gainesville/Alachua County Empowerment Center Work Group.

Eric Heubusch is a reporter at WUFT News in Gainesville, Florida. He is a senior at the University of Florida majoring in journalism.
@ericheubusch
Previous Gainesville City Commission 2017 Election Guide
Next Under Radar, Florida Spent $240M On Lawyers