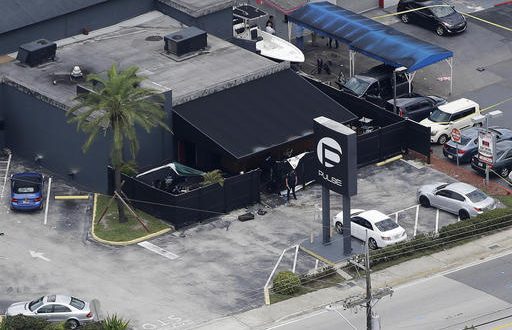 The Pulse nightclub in Orlando, where 49 people were killed and 53 injured in a June 2016 attack. Some patrons who were outside during the attack are upset they aren't receiving money from a $29.5 million victims' compensation fund. (AP file photo)

OAKLAND, Calif. — The widow of the Orlando nightclub gunman pleaded not guilty Wednesday to charges of aiding and abetting her husband’s support of the Islamic State group and hindering the investigation of the attack that killed 49 people and injured 53 others.

Noor Salman, 30, entered her plea in an Oakland, California, courtroom two days after she was taken into custody at the home she shared with her mother in suburban San Francisco.

Her arrest came after she was interviewed numerous times by FBI agents investigating the June 12 attack in Florida.

Federal prosecutor Roger Handberg said in court Tuesday that Salman knew about the plan by her husband Omar Mateen to attack the gay nightclub and then lied to investigators after it was over. Mateen was killed at the scene by authorities.

Handberg declined further comment on the indictment outside court, and no further details of the charges have been disclosed.

Salman will return to court Feb. 1 to argue for her release pending trial on the counts that could result in a life sentence if she is convicted.

Salman’s uncle Al Salman has defended his niece, saying she is an innocent person who was physically and mentally abused by Mateen.

He said she remained in the marriage because she feared losing custody of the couple’s 4-year-old boy.

Noor Salman was living with Mateen in Fort Pierce, Florida when he proclaimed his allegiance to Islamic State and attacked the nightclub.

The indictment charges her with aiding and abetting Mateen in providing material support and resources to Islamic State between April and June of last year. She was also charged with obstruction, accused of misleading and lying to police and the FBI during their investigation.

Charles Swift, her lead attorney, declined comment Wednesday outside court. He is director of the Texas-based Constitutional Law Center for Muslims in America,

Salman told The New York Times in an interview published in November that she knew her husband had watched jihadist videos but that she was “unaware of everything” regarding his intent to shoot up the club. Salman also said he had physically abused her.

The Associated Press is a wire service to which WUFT News subscribes.
Previous Seized Vehicle May Be Connected To Fatal Hit-And-Run
Next UPDATE: Body Of Man In Interlachen Boat Accident Found